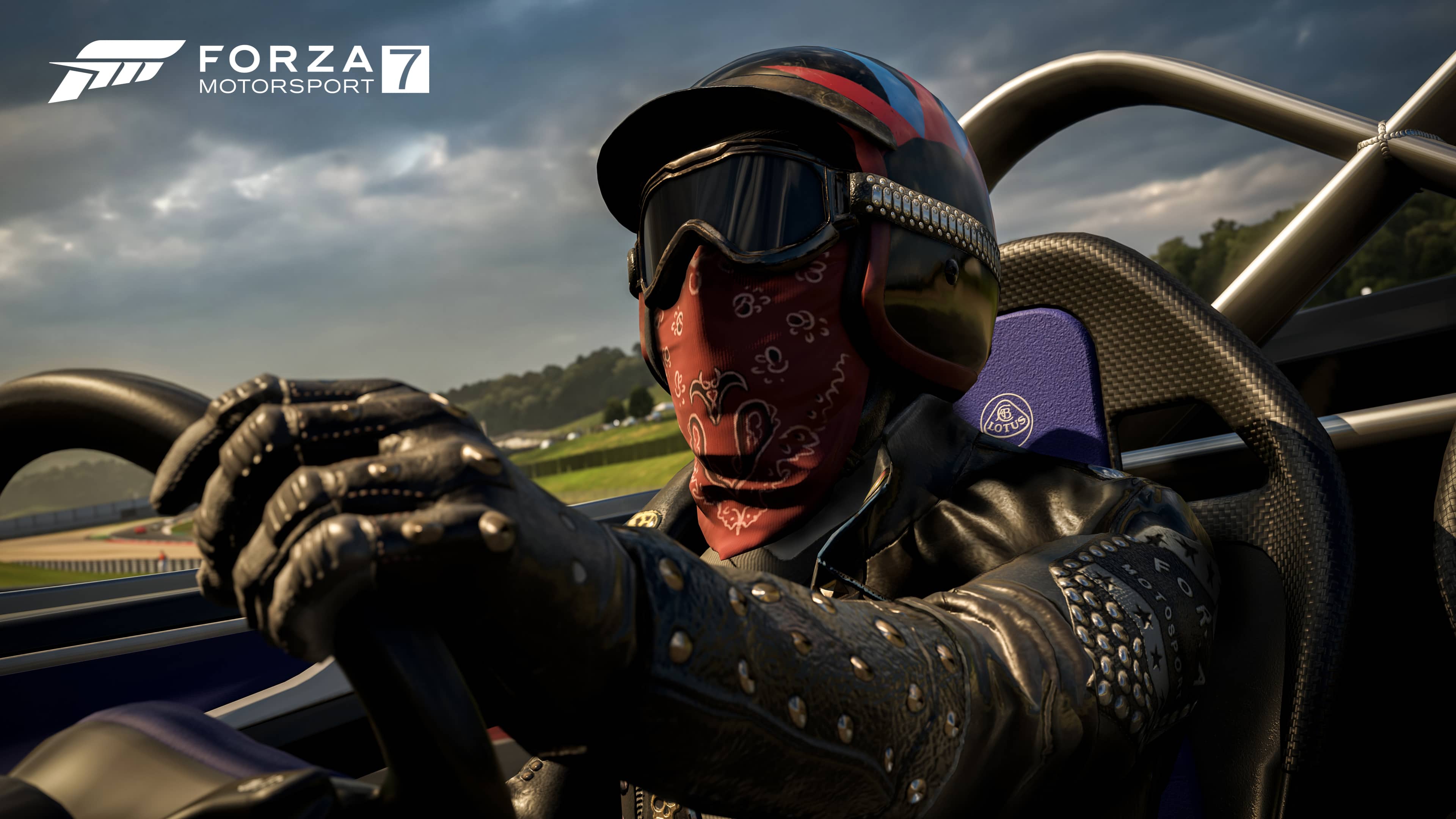 FM7 has the Engine to Show Off the Xbox One X

In a short media close-up and a thankfully longer hands-on, EliteGamer examined two tracks and a half a dozen or so machines.

The first track was the Nurburgring fittingly enough. During our presentation, we were shown the weather system and how it affects the lighting, shadows and colour gradient – the realism with which these effects were presented was stunning. On Xbox One X the game is another step to photorealism in a genre that generally leads the way.

Forza Motorsport 7 is simply the most-realistic looking and detailed game I have seen for Xbox One X. The reflections of detailed vehicles whizzing by puddles in real-time or the shimmer of a warming track were beautiful details that look impossible on a stock Xbox One. However we were assured similar visual effects would be present in all versions. 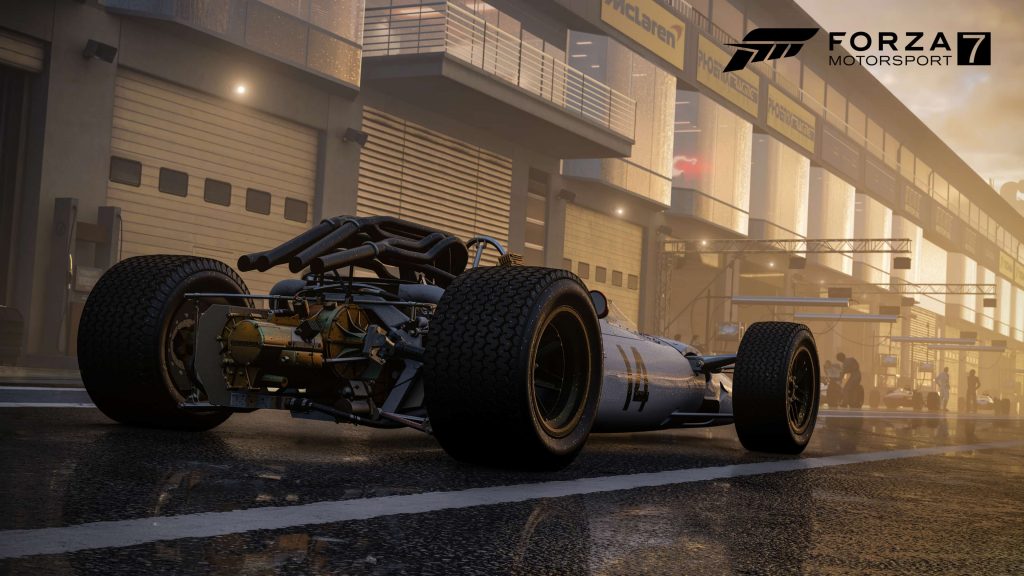 The cars are modeled with modular rattle and vibration characteristics. Certain parts of certain vehicles will scream and shake as you hit high speeds. This effect is more noticeable on older cars and the vehicles have certain voice to them in certain situations

The other track was Dubai, an obvious place for some particle effects. Much like the droplets of German rain carrying around the aerodynamic envelope in the Nurburgring, the sand in the breeze danced around the car and swirled in our wake. These effects were all blended together to produce something special. FM7 runs at 4K natively on Xbox One X.

FM7 features over 700 cars but went for more depth rather than adding fleets of supercars – Forza will have the biggest selection of hatchbacks and moderately-priced sports cars ever as well as the V8 powerhouses some dream of. 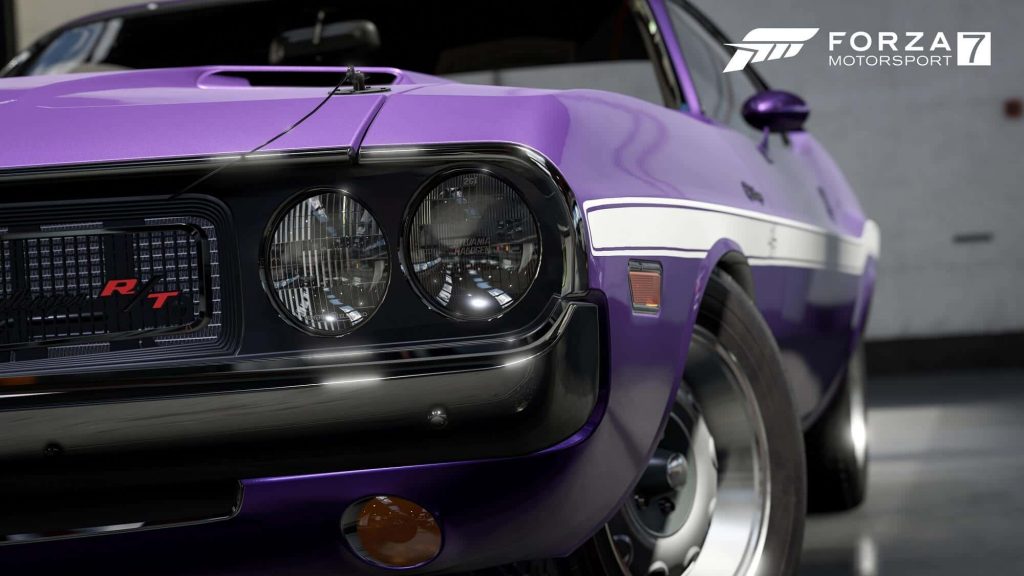 The weather effects in FM7 are incredibly presented. HDR makes for bold greying skies and awe-inspiring shadows. All the effects are customisable with up to four slots for weather cycles during races. Start off in a mild breeze with a hint of drizzle, then a windy scorcher and end on a dark torrent. Each weather type has its own tangible effects on various parts of the track physics as you would expect. The transition between states as the track dries, warms up or puddle shrink etc is also modeled.

Incorporating menu music fully into Forza Motorsport 7 is a nice idea that will help alleviate soundtrack fatigue. Forza Motorsport 7 will also support Spotify. As someone who enjoys racing game music generally but tires of it eventually, this is a good idea that was used the Horizon series: playing music from OneDrive as a radio station.

Small changes have been made to the career mode – no longer do assists affect payment but bonus are paid for ‘mods’. This is a card system similar to FM6 where you effectively ‘bet’ with no risk on a percentage bonus in exchange for a more difficult race experience. This should give newcomers a smoother ride through the career ranks while seasoned players can rack up big points.

FM7 aims for more legitimacy by filling out the championships and rosters. It also adds voice-overs from real racing drivers.

There are now four tiers of cars in the new grading system to help even out races. Xbox used the term ‘apples for apples’ to describe how career races will go. This should hopefully end the blow-outs that are common toward the mid-part of the career mode.

The PC will support multi-USB input so mix’n’match wheel and pedal combinations are now possible.

Because Crackdown 3 clearly would have won that award had it not been delayed and been there.

Crackdown isn’t a racing game so it wouldn’t have been in this category? And it did have a playable demo at Gamescom as well

Derp. FM7 won best racing – ahead of Project Cars 2, our second choice.
Cuphead won ‘Best Xbox’ for us.
Crackdown 3 was present but in a far from impressive state