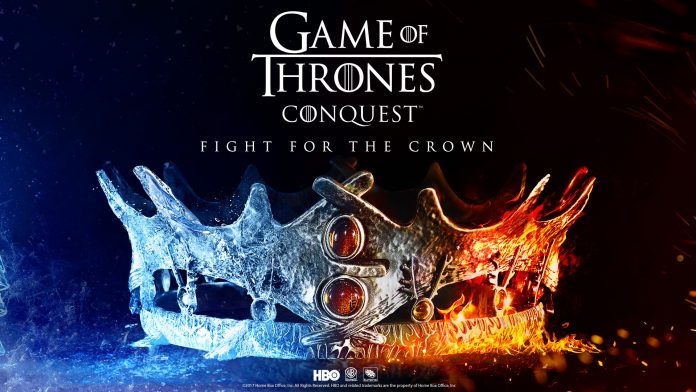 Now that we have to wait possibly 2 years for the final season of Game of Thrones we all needed something to scratch that itch and it seems we now have it.

Game of Thrones: Conquest, a new mobile game based on the fantasy series is an MMO strategy game and will launch on the 19th of October.

GOT: Conquest is being developed by Turbine and puts you at the head of a noble house as you raise armies in order to sit on the Iron Throne. If you pre-register at the Game of Thrones: Conquest website you’ll receive goodies like special gear, resources, and gold when the game is released.

Turbine has also released a reveal trailer for the game and you check it out below.