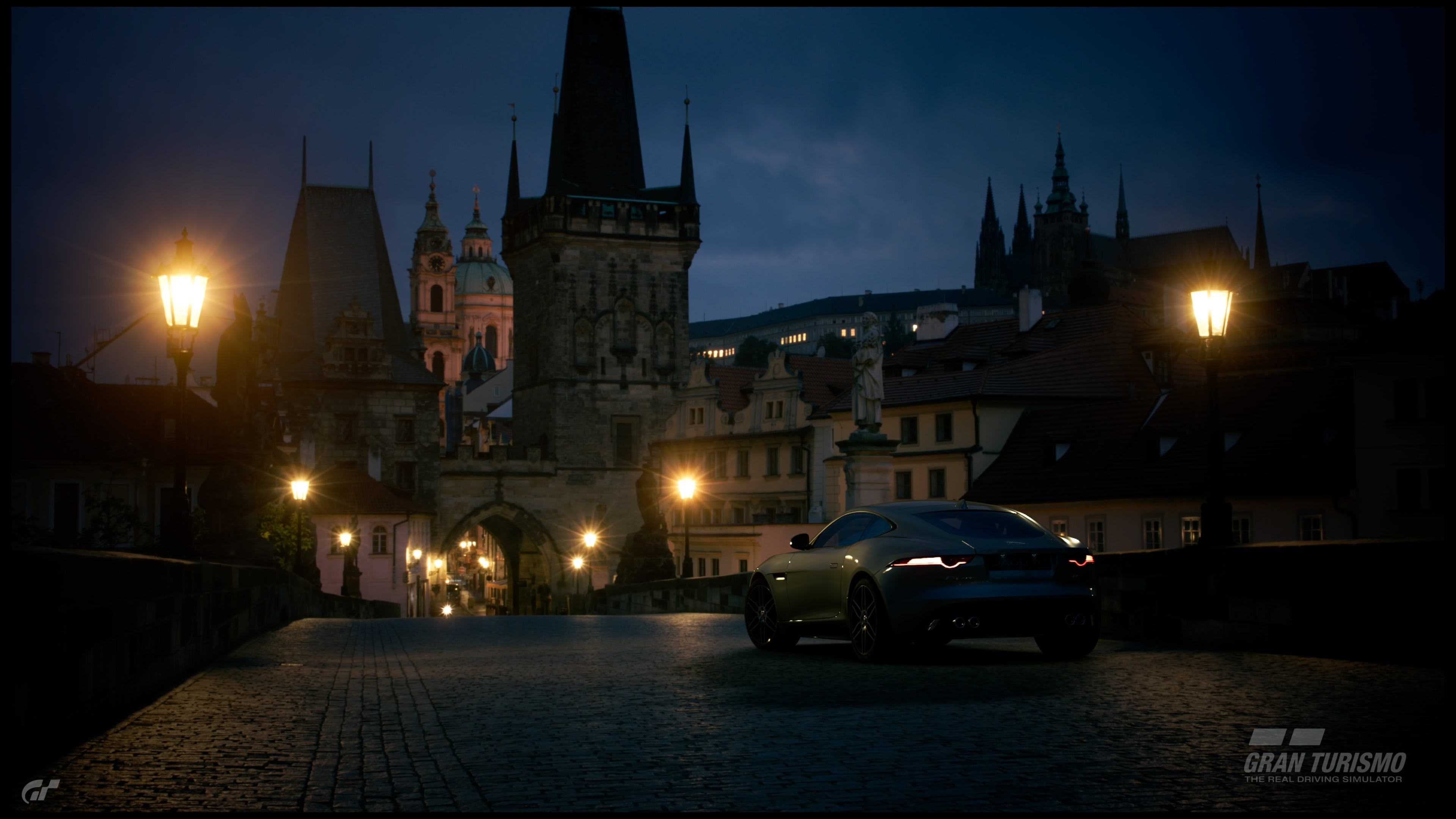 With Forza 7 and Project Cars 2 blazing to the finish line in glory, Polyphony Digital had to deliver a competitive racer but, more importantly, needed to make Gran Turismo Sport stand out from the grid. PC2 is a superbly realistic driving sim which fills the ‘sweaty’ end of the racing championship nicely. FM7 has over 700 cars with robust car glamour photography and it looks amazing.

However, Gran Turismo Sport manages to forge its own identity and keep up with its rivals. GTS is the ‘learning’ part of older GT titles teased out to a satisfying campaign that makes a player grow into their racing pants. Or whatever.

The driving system is tight, vehicular weight and surface contact feel almost natural while the cars have a little generosity and forgiveness in their oily hearts. They won’t donut on the starting line or act like an air hockey puck while on trackside grass leaving a player to fail at the finish line after messing up slightly instead.

Gran Turismo Sport has a superb racing engine which includes a fuel variable, tyre wear mechanics and an in-race performance editor. Altering fuel/air mix and ABS, stability and traction control levels is done on-the-fly using the D-pad and is a surprisingly useful tool. 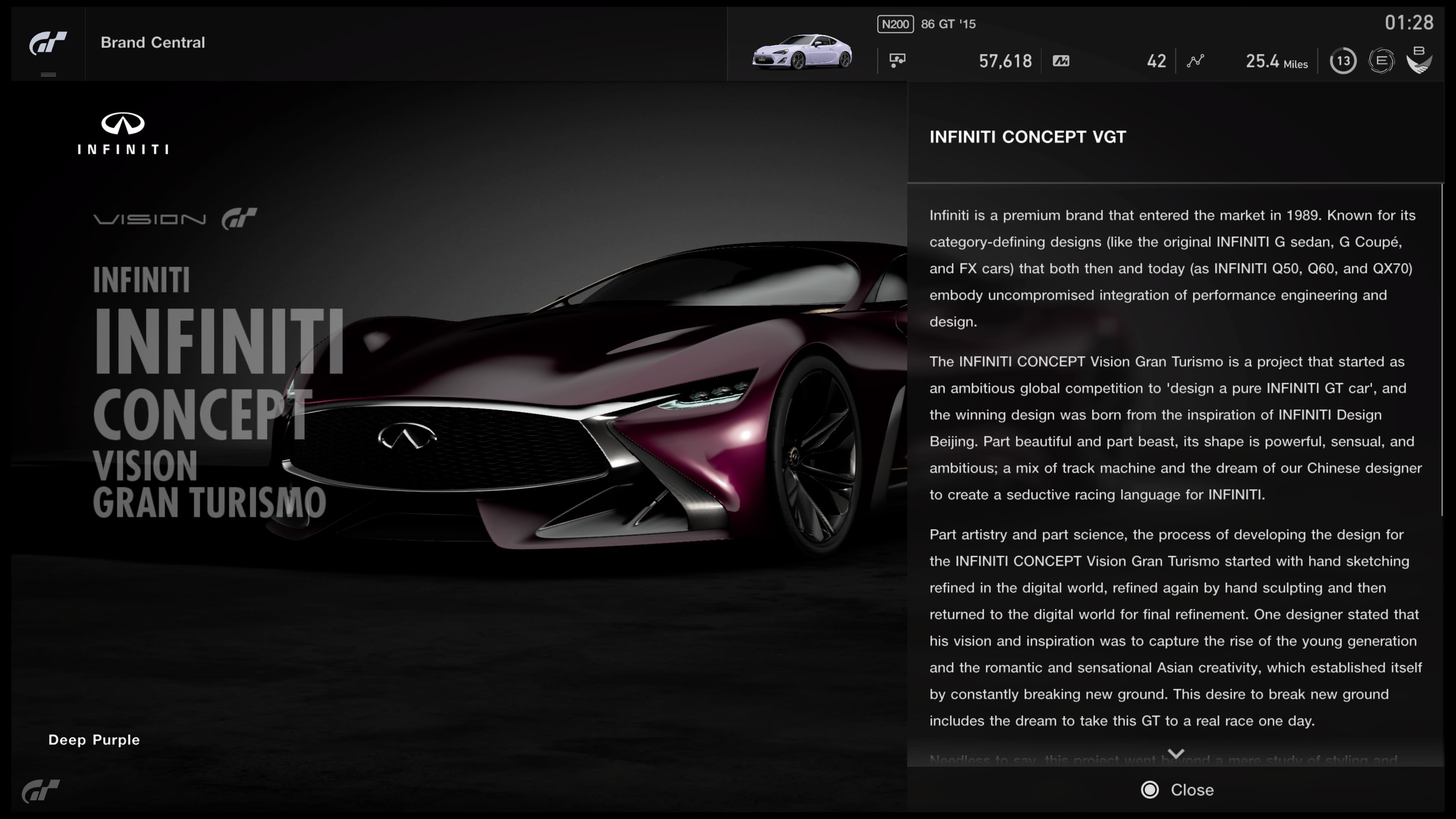 Sport lacks the visual finery of the Xbox exclusive FM7, lacking the weather variety, the detailed reflections and particles but is still impressive to look at. The game looks superb on PS4 Pro. On 1080p screens, it downsamples 2K textures to give a more detailed look to the game while it uses ‘chequerboard’ 4K with HDR on compatible sets to ALMOST match Forza Motorsport 7 on Xbox One X.

There are some moments when the game swaps out models rather obviously. While noticeable LOD swap-out is the new pop-up, it’s very easy to notice here far too often. Each hard turn at the end of a straight comes with slow but still jarring replacement of N64-level models with beautiful 2017 ones as you approach from afar.

GT Sport occupies an awkward space, not looking quite as flashy as Forza, lacking the often painfully precise driving system of Project Cars 2 and lacking the weather systems of both. It does have a driver-focused campaign that is largely free of bloat and it doesn’t wall its best content away like a deranged Central European countess.

A player can begin each of the three campaign sections at will. The Driving Test is a set of 48 brief lessons on how to handle the game at speed. Driving Test covers braking, cornering, passing and other race tactics and maneouvres. For most people who have ever played a racing game, it’s tedious to begin with, then teaches some useful skills before throwing some 15-second ‘white whales’ in towards the end.

The Mission Challenge is an excellent mix of races, drift sections, time-trials and odd sections like cone-bowling or mass overtaking. The variety is worthy of praise as is the balance of mission difficulty with mechanical demand. A player will find the cars relatively easy to handle but difficult to milk the necessary performance from throughout the campaign. Achieving bronze might only take a few goes but Gran Turismo Sport will have you hungry for better. 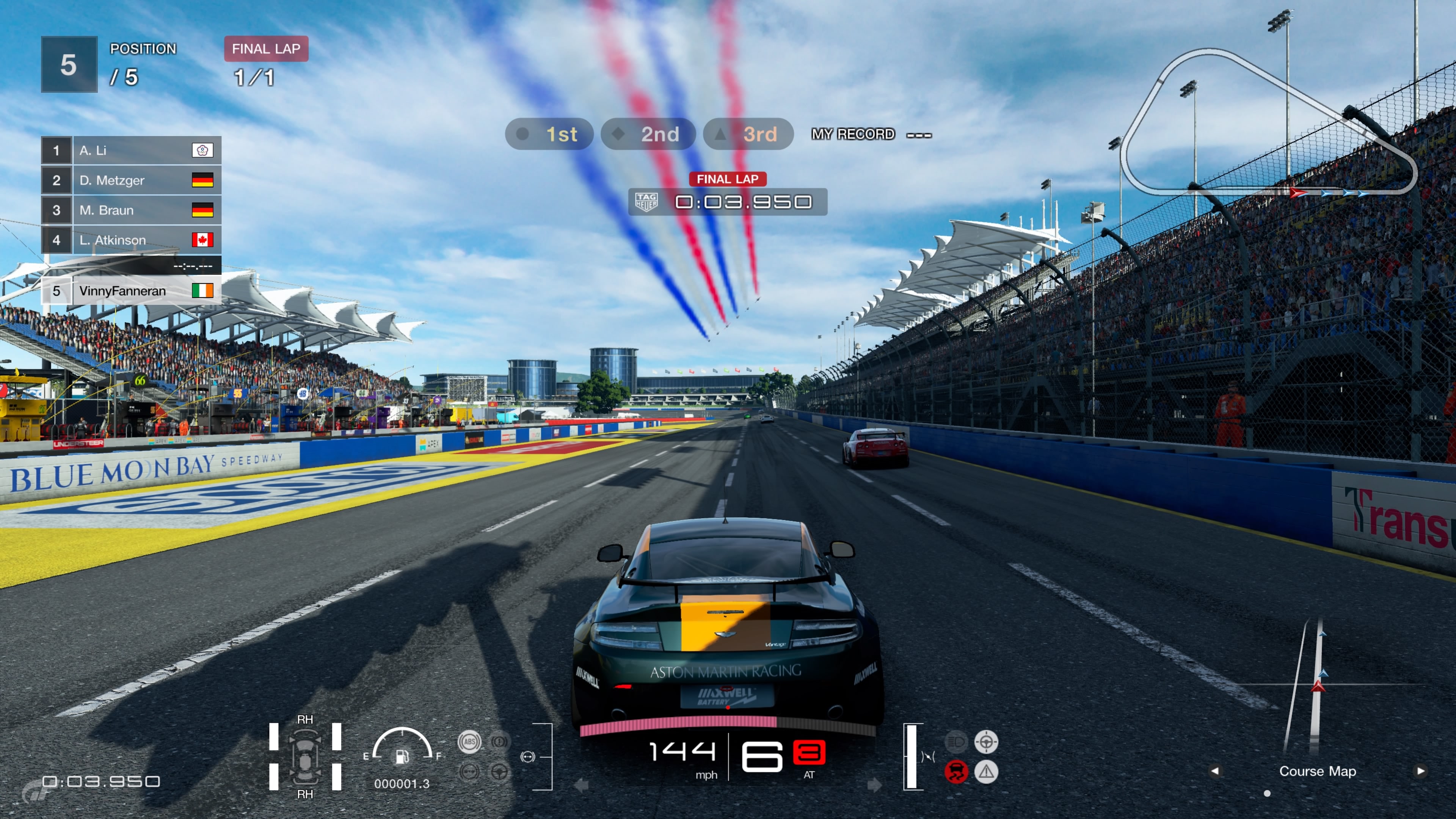 The third section is more like the Leaving Cert, the Baccalauréat, the SATs of GT Sport. Each of the game’s 17 long-format tracks are broken into sections which a player must complete inside of some very tight times. Each track then has a full-lap for you to string all the best corners together. After a few hours with GT Sport’s earlier modes, the initially daunting challenge times for a lap on the Nürburgring seemed within my grasp.

Polyphony Digital were wise to ease off the vehicular grind in Gran Turismo Sport. Just over 120 cars might sound miniscule compared to Forza Motorsport 7’s 700 or Gran Turismo 6’s 1,200 but GT Sport’s line-up is largely killer, little filler. The swathes of practically unraceable machines or indistinguishable ‘upgrades’ are gone. Most machines feel different and aren’t just pawns in a numbers game. The cars you are racing might be faster or brake better, leaving you to find something to exploit.

Gran Turismo Sport has 40 track layouts to race on across 17 locations so it lacks the numbers of PC2 and FM7. The game almost makes up for this through some interesting track selections covering four continents.

After a few races, the game opens up its off-track amenities to the player. Museum is a look at each manufacturer’s timeline against a timeline of human history (minus the worst parts). It’s a sweet tribute to the real-life innovations, inventions and technical genius that fuel the racing game genre. Scapes mixes real-life locations with the game’s car models and some dank rendering to deliver photo-realistic images. A player can lose quite some time across the hundreds of photos. Up to three cars can be moved around while adjusting aperture, focus and myriad other effects to deliver the perfect shot to be ignored by everyone on PSN.

The soundtrack, a mixture of cooler pop and upbeat, often minimalist Japanese original compositions, is notably good. While the songs themselves are open to subjective argument, they are harmoniously chosen and suit the game’s tone well. The visual presentation is similarly well-balanced and stylish. The menus and the in-game overlays are uncluttered yet filled with useful details. My Kind of Grind

GT Sport features customisable vehicle aesthetics and driver attire. These designs are homemade or can be purchased via Mileage Points along with car boosts and some special vehicles. You are rewarded for driving as well as leveling up and completing various challenges so that Mileage is never a problem.

The best 90% of the game is effectively at the mercy of your ISP, your housemate’s hankering for streaming VR pornography and worst of all, PlayStation servers.

The game uses a currency system to dole out the cars themselves but the cash is a bit harder to come by. It’s not too much of a grindfest seeing as the various vehicular money-making schemes are fun and, depending on how difficult you set it, quite lucrative.

Gran Turismo included an arcade mode to house a traditional ‘time-attack’, free-race, drift challenge and split-screen. It’s also the only content available while offline. This is a shame as most of the content seems largely unrelated to online activities and could easily sync with a server after an connection absence. Polyphony claim this is due to the association of FIA licensing with the game but that sounds like rubbish. The best 90% of the game is effectively at the mercy of your ISP, your housemate’s hankering for VR pornography and worst of all, PlayStation servers.

How it chose to lay out the campaign menu is equally as confusing but probably more frustrating than the always-online decision. Finishing a challenge in the linear paths doesn’t give the option to advance to the next event, instead a player must go back two screens with a few seconds of loading.

To qualify for online multiplayer, the user must watch two short videos about sportsmanship and promise to be good

Another associated problem is the bite-sized nature of over half of the campaign. An event may last for 10 seconds or less but require a 20-50 second load-time. Why couldn’t the developers have had several events in a row on the same track and added a ‘next event’ button? This could have drastically lowered the ludicrously high loading/driving ratio of the campaign.

Online racing is always a tough horse to break for developers. Being too harsh turns the honest away while being too liberal leads to increased track banditry. GT Sport is a little of the former mixed with a dash of crazy. To qualify for online multiplayer, the user must watch two short videos about sportsmanship, promise to be good and then quickly learn that any collisions of cars on the track lead to both cars being penalised. This is baffling decision considering the strict grading system and already low tolerance for anything deemed ‘unsportsmanlike’.

Being shunted up the car bum by an idiot shouldn’t see me penalised nor should moving across the track to line up for a corner with 50 metres to spare over the following driver. Gran Turismo Sport online is still the best way to avoid racing skeevy dirtbags but makes you walk a very fine line to do so.

Gran Turismo Sport could never have the impact of its illustrious earliest entries but it’s a fantastic driving sim that balances millisecond-shaving precision and accessibility. The four-wheeled version of ‘easy to pick up, difficult to master’.

The campaign gives meaning to the long learning process that GT Sport is. By gently pushing the player to perfection one corner at a time until a 30-lap punisher at the end, the game truly puts you through driving school.