Back in 2006, Okami made its quiet debut on the then-ubiquitous PlayStation 2. It didn’t do so well. When it appeared on the quality-software-starved Wii, it sold marginally better. Many accused the game-buying Joes/Joannas of willfully ignoring this culturally significant work of art.

Thanks to a small but dedicated fanbase and a love of re-releasing games, Capcom bring us a remaster of a remake or something. This edition of Okami HD adds some swank filtering, 4K support and that is about it.

Visually speaking, Okami HD is nothing short of amazing. Cel-shading and ethereal visual effects crossed with traditional Japanese ukiyo-e, ink-wash and kirie is simply gorgeous. The story of how Shinto heavyweight and buzz-restorer, Amaterasu returns as a white wolf to do good deeds and slay the wicked is beautiful yet has the ability to laugh at itself.

The task of bringing Japan out of Orochi-related darkness is accomplished by restoring the lifeforce of the many trees of varying importance dotted across Nippon. The drawing mechanics work quite well on Xbox but would probably be nigh-on perfect with a mouse.

Freezing the game and bringing up a blank canvas is a great way to allow for easy use but it interrupts the flow too much during otherwise intense battles. There are times when new utilities are added to the Celestial Brush but you will mostly only use them when forced to immediately after learning the new trick. Gestures like slash, bloom, cherry bomb and vine will be become as mechanically familiar as Street Fighter II’s ‘Hadoken’.

Combat centres around two buttons and a line-up of interchangeable and buffable weapons for each. There isn’t much depth to combat to be had outside the Celestial Brush with its limited ink-pots. The ink-pots replenish incredibly quickly so there isn’t really anything to discourage a player from abusing their powers.

Okami pairs the returned deity with Issun, a tiny human-like bug who gets offended when referred to as a bug. The pair must undo the mistake of a lovable idiot/badass by tackling an eight-headed monster who has drained the life out of the folklore-inspired Japan of Okami.

Exploring the visually arresting and lightly signposted Nipponese land in Okami is rewarding and initially, fun. The game is filled with character, charm and enough memorable encounters with Nippon’s finest/strangest to tickle the player through Okami’s series of random acts of kindness/inked violence. Even the finer story details of the Nippon are teased out enough to immerse the player in the 40+ hour adventure.

Aside from every single piece of dialogue in the entire game, the audio is excellent. The soundtrack is stunning with atmospheric epics seamlessly interspersed with incidental music and sounds.

Okami has a fundamental flaw that taints most of the game-play aspects of the title. The camera is bad and no amount of fiddling with settings will change that. A player will first deal with the camera issues during the early exploration and learning period of the game and be mildly annoyed. By the time our embodiment of divinity is hitting her stride, a third of the way through the game, the camera will infuriate.

During the closed combat sections, the larger and flightier bosses and sub-bosses of the mid-late game exacerbate the awful camera and make it difficult for a player to use anything but spam attacks to succeed. There are some imaginative attack patterns and weak points to attack for massive damage but you probably won’t really see them despite hitting them.

Speaking at length about the cultural value a game might have while forgetting about normal people who buy the vast majority of games is not good games writing, it’s masturbatory.

The camera also wreaks havoc on the platforming sections that increase in frequency when the game finally begins properly after 8 hours. The camera pans so slowly using the right stick yet will yank its way 90 degrees when it wants to. There is also some instances of inconsistency as to when the control perspective changes during these camera freak-outs.

How Am I Friends with this Person/Poncle Sprite?

There used to be a huge problem with over-application of quirky sidekicks in media. Recently, these have started to become rarer or evolved to be less intrusive and annoying. Okami embraces this old trope with aplomb. The garbled faux-language that replaces the spoken word is an aural atrocity emerging from the mouths of any character in the game. However, Issun’s helium-infused chipmunking is torturous. He never shuts up, needlessly tacking on sentences for the most mundane of events.

The Fault in our Mechanics

There are a few set-pieces where the game’s controls can be less than co-operative. Drawing blossoms for Mr. Orange took over a dozen tries with the game not liking the origin of the second floral burst. There is a log set-piece that can be similarly finicky with millimetre-perfect vine placement a must. The WiiMote looking less awful every time this video games pretender went over a waterfall. 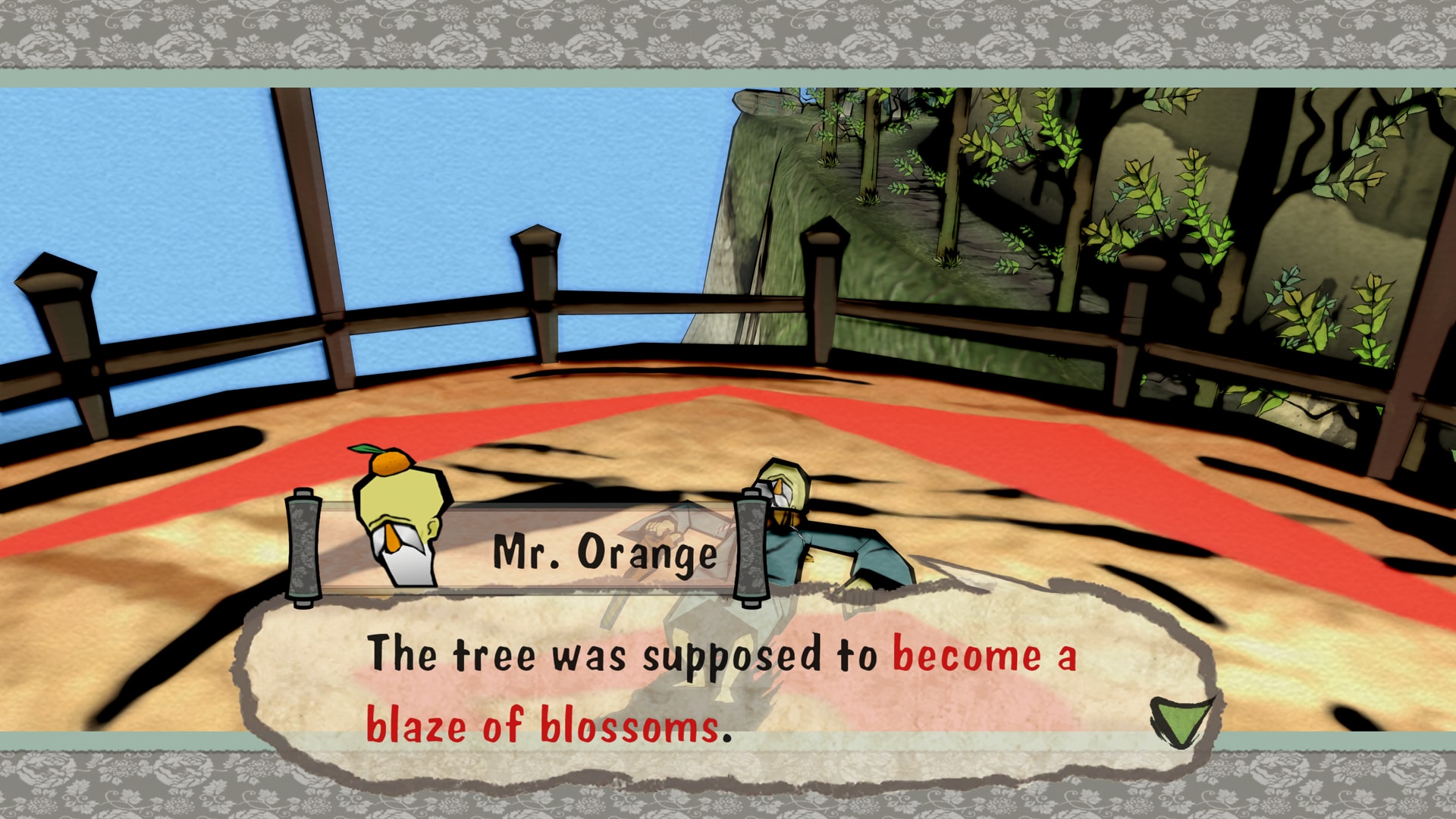 In practice, merciless hammering X (Square) and a quick slash with the Celestial Brush will do most of the early combat work. Later on, the cherry bomb will replace the slash and unbalance the game entirely. The cherry bomb leaves most enemies on their bum-bums for a lengthy spam-related follow-up. Almost any foe is only ever a ‘Q’, a spam and a repeat away from death. Efforts to force a player to use other means are just too obviously trying to justify the lesser-used powers’ existence.

The Emporer’s New Clothes are Lit but Flawed

It’s only too often that a self-indulgent video games critic will wax lyrical about ‘bold’ and ‘courageous’ games while giving their myriad problems a free pass. Okami HD is still a great experience overall. The art-style and incorporation of Shinto legend into a majestic tale is admirable and the atmosphere is delightful but Okami HD has several issues that dull its beauty. You can still show off how smart you are and serve those who want to know that the camera is awful, that the first 6-8 hours are laboured and boring or that 10% of the run-time is being pestered by a mushroom on your head. 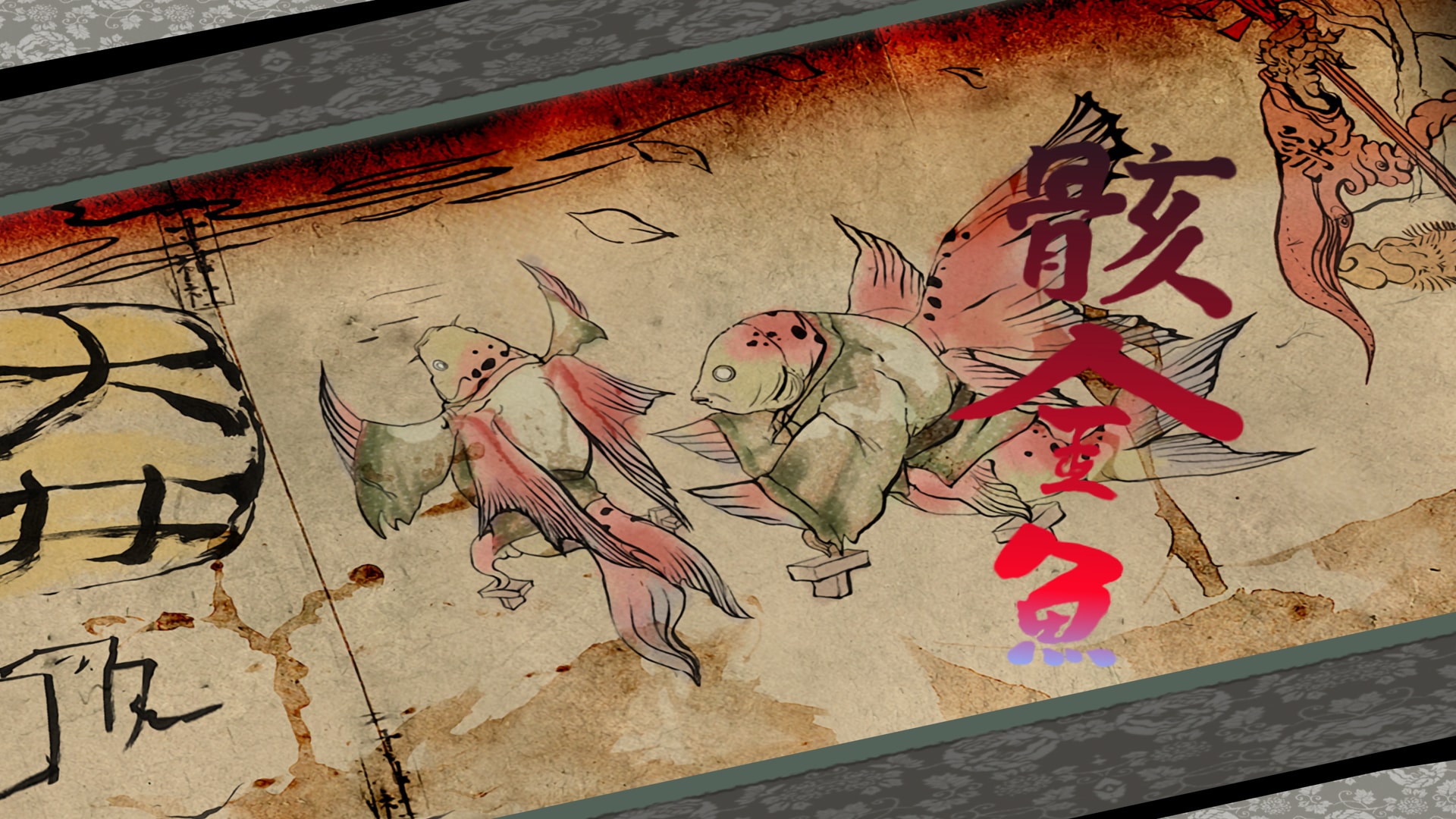 Speaking at length about the cultural value a game might have while forgetting about normal people who buy the vast majority of games is not good games writing, it’s masturbatory.

Okami HD is the same bold and courageous affair that had critics engaging in a syllabic arms race to fawn over. But be aware of the camera issues and that while the combat and brush system is novel, it is limited and repetitive.