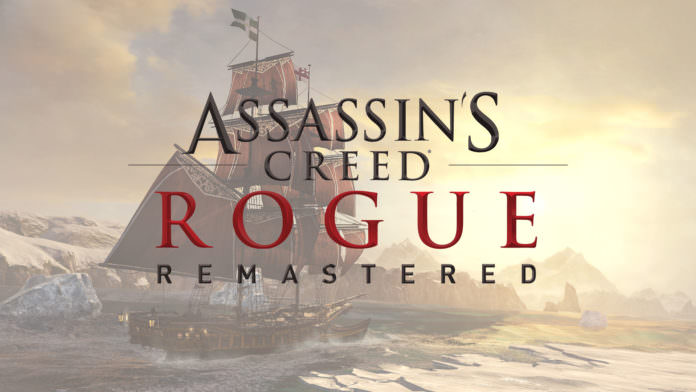 After months of rumours and speculation Ubisoft have finally confirmed that Assassin’s Creed Rogue Remastered is in the works and will be coming to the PlayStation 4 and Xbox One on March 20 along with a major visual upgrade.

Earlier this year, an Assassin’s Creed Rogue HD version appeared on various Italian websites, fuelling rumours about a possible remake of the game. Today this remake is also confirmed by publisher Ubisoft. You can view the first trailer for the game below.

This comes as good news for many gamers who, at the time, missed Assassin’s Creed Rogue on the PC, PS3 or Xbox 360 because they had already switched to the PlayStation 4 or Xbox One.

Along with the visual upgrade, the remastered release will also include all of the games DLC content. This includes the missions The Armor of Sir Gunn and The Siege of Fort de Sable.

Assassin’s Creed Rogue Remastered is available from March 20, 2018. For anyone who can’t wait that long Ubisoft has released Assassins Creed: Origins back in October. The game, which takes place in Egypt, is well worth the playthrough. It has stunning visuals and 4k support on the Xbox One X. Are you excited about Assassin’s Creed Rogue Remastered? Let us know in the comments!

Rogue was very good but very unoriginal – even less fresh or different than most AC series entries.

I think that someone who hasn’t played much AC would appreciate Rogue more than a series fan.