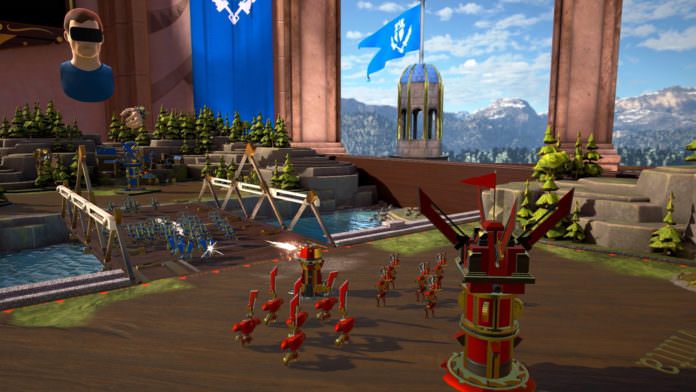 The floodgates are open where virtual reality gaming is concerned. There are new games coming out all the time, and there are enough of them that we can’t always focus on new releases anymore. However, it’s also true that some major genres are still trying to find themselves, so to speak, in this exciting new format. In some of these genres, there are some promising titles on the way, and these at least are worth picking out from the flood of VR games coming out.

We’ve seen various attempts at real-time strategy gaming in VR (and AR) already, but nothing has really blown us away. This could be the one to do it. Designed by the same developers behind Age Of Empires II, it’s a gorgeous game with moving pieces. The environments are rich, and the combat-based gameplay involves marching armies and strategic direction. In this game you more or less get to play god, moving physically within the space of the game and directing your troops, so to speak. It just looks like a higher level of this sort of experience, and could well set the bar for similar titles to come.

On the surface, it’s hard to look at Evasion as a real game-changer, because it’s basically a shooter. Shooters, while presenting certain challenges on VR, have been fairly popular in the early going. Still, we don’t really have a great one yet, and Evasion might be that game. Physical movement within the game certainly looks smoother than most of what we’re used to, the action looks intense, and the visuals are sharp and beautiful. It just looks to be the most promising shooter we’ve seen yet for VR, which would seem to indicate it has real potential to elevate the genre.

Gonzo’s Quest is a slot arcade, but it’s also much more. It’s a beautiful display of animation, and a game with an engaging storyline and theme, which right off the bat separates it from the bulk of its genre. That genre – slots, and casino gaming in general – has been surprisingly slow to make the move to VR. But we have confirmation that the developer of Gonzo’s Quest is working on moving it to VR in 2018, and that could represent a huge point of entry. If the game is anywhere near as pretty or engaging in VR as it is online, it’s going to be a hit.

You don’t really need to look further than this title to realize what a big deal it could be. This is a full-fledged Marvel video game coming out in VR, which means players will get to become their favourite Marvel heroes, essentially. It’s by far the most ambitious move Marvel has made in gaming and could set the tone for entire franchises of superhero games to come. Can you even imagine embodying rather than just controlling a character like the Hulk?

It’s actually a little bit surprising how reluctant major sports video game franchises seem to be to dip their toes into VR. Names like FIFA, NBA 2k, Madden, etc. just aren’t making the move yet. That’s all well and good for the developers of Sociable Soccer, who are attempting to seize the abandoned ground. Using actual player skills and motions in a sports game could certainly be revolutionary if it’s done well, and the game appears to be smooth and attractive as well. It could at least get the ball rolling, so to speak, with VR sports.

VR has been picking up some serious steam over the last few years and 2018 could well be the year that puts the platform in most peoples homes. While the price is more than you would pay for a console such as an Xbox One or a PlayStation 4, what you are really paying for is the experience. VR gives us a chance to see and play games from a whole new perspective that no other platform can match. Are you thinking about giving into the trend? If so, what platform are you looking to get? Tell us in the comments! 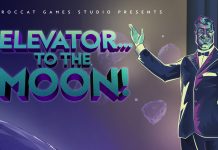 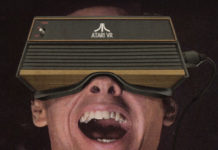 What is the Ataribox?