NewsPaperGaming News, Reviews and Previews
More
Home Review PlayLink: Knowledge is Power review: A Link to the Past 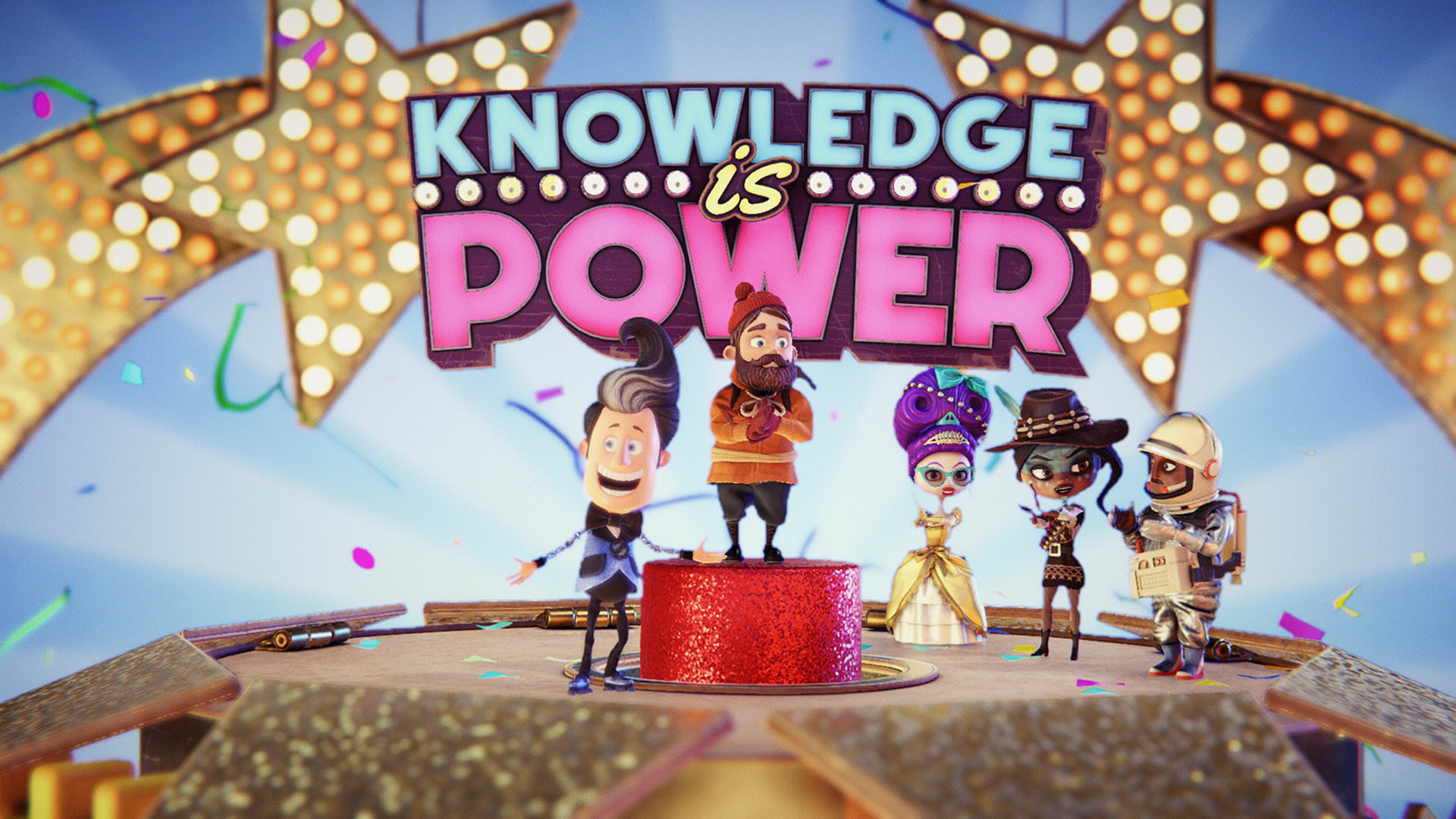 We reviewed three titles. Hidden Agenda, a detective story ripped straight from the Supermassive book of head-wrecking consequences. Knowledge is Power, a paean to the coming data-fuelled apocalypse and party quiz game. And That’s You, a game centred around knowing what your friends would do in certain awkward situations, like being forced to play That’s You.

Knowledge is Power is probably the most obvious use of PlayLink’s particular talents. Quizzes are a party favourite and the peripheral set-up of PlayLink is somewhat similar to the Buzz series, a PS2 party mainstay from over a decade ago.

With their easy-to-use controllers with colour-coded buttons, anyone could enjoy the aggressively cheery interrogation that was a round of Buzz. Knowledge is Power adds some new dimensions to the tried’n’tested formula but keeps plenty of the multiple-choice charm that made Buzz an annoying winner.

“I’ve Read Every Book Ever Written. Test Me.”

The beginning of a game o’ KiP sees players take a selfie, select a character and begin a 12-16 question ascent. The questions are shared amongst all players who score points depending on the speed of their answer.

Knowledge is Power’s diversions are just as easy to play as the regular rounds, leaving victory to pure knowledge rather than your parents’ inability to press a button

The topics are chosen via a vote, a tie resulting in a dice-roll deciding the question. There are ‘Power Pick’ cards that can be used during topic selection to hijack the vote so there is a little strategy to be had here.

Another layer of strategy can be found in Knowledge is Power‘s ‘Power Play’ system. Players can cover another player’s answers in an opaque goo, remove some letters, hide them behind sheets of ice or disable them with mines. Selecting who to punish and with what is vital to success.

Knowledge is Power attempts to gently work its private screens into the game. These diversions are just as easy to manage as the regular rounds, leaving victory to pure knowledge rather than your parents’ inability to press a button.

One is a ‘sort ’em up’, swiping left or right through a series of items to attribute them to eeither group. Topics like film directors or nationalities of food make for a universally fair challenge.

nobody can pay attention to anything anymore so constantly reaffirming players’ attention with explosions of colour and sound is probably necessary.

The other is a linking game where a player pulls semi-circles together to complete pairs. It’s the same easy-to-use style combined with general knowledge that will keep people at your parties glued to their phones for a different reason than usual.

There are also some picture rounds; identifying an animal or finding a country on a map, for instance. KiP‘s content doesn’t have a chance to get stale in its short average game-time. When played for a few rounds between tipsy, competitive types, Knowledge is Power is a great example of electronic quizzes done right.

There is a little too much rigmarole around the proceedings

For some reason, Knowledge is Power feels the need to parody game-shows so hard that it becomes genuinely corny again. Much like the eventually-grating explosion of colours, lights and sounds of Buzz, KiP chooses to assault the senses. KiP even has a shoepolish-haired Buzz-a-like to help explain what little needs explaining. It’s a bit much.

But I understand that nobody can pay attention to anything anymore so constantly reaffirming players’ attention is probably necessary.

There is also a little too much rigmarole around the proceedings. Each game takes a while to get going. This added time really adds up as the player count climbs. Obviously, wrangling more people to do something takes more time but adding so much unnecessary pomp to the game only makes this fact of life worse.

And Knowing is Half the Battle

The fantastic selection of questions spiced up with power plays and an emphasis on speed make Knowledge is Power an obvious party winner. KiP uses its new medium well, gently adding some new tricks to a loved formula.

The annoying nature of the ‘show’ around the game will eventually grate on players but the drunken party-types will hardly care.