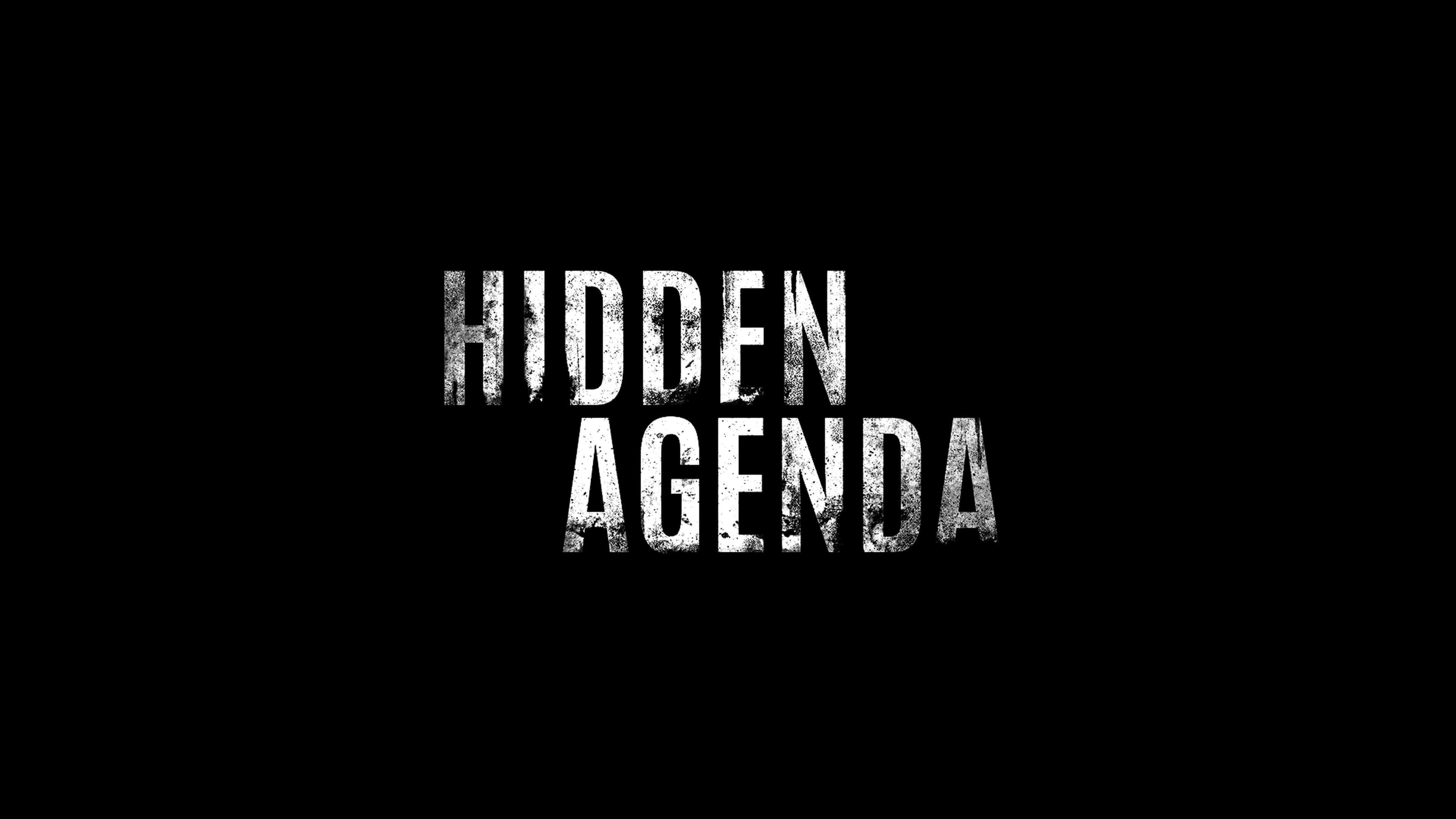 We reviewed three titles. Hidden Agenda, a detective story ripped straight from the Supermassive book of head-wrecking consequences. That’s You, a game centred around knowing what your friends would do in certain awkward situations, like being forced to play That’s You. And Knowledge is Power, a paean to the coming data-fuelled apocalypse and party quiz game.

We start with Hidden Agenda which, bafflingly enough, does not have a foreword by John Pilger.

It is appropriate that a game seemingly designed to show a different side of PlayLink to consumers is called Hidden Agenda. This is not the “party game” that everyone imagines when they think “Link”. A million kilometres (c. 621,371 miles) away from the Buzz-like  images that usually spring to mind.

Hidden Agenda follows Becky Marney and Felicity Graves, respectively an allegedly dirty cop and a famously clean District Attorney. Marney was responsible for putting “The Trapper” in the dock, while Graves helped put him away.

On the eve of The Trapper’s execution, somebody drops a literal and metaphorical bombshell, blowing the case wide open. As time runs down, players must make some decisions, perform some QTEs and read a bit to stop a guilty man from dying. It’s certainly grander and more ambitious than anything else imaginable on PlayLink.

Hidden Agenda’s brand of simple control scheme keeps the title accessible to everyone in the room, regardless of their skill or sobriety level

The Plot Thickens (or Thins, Your Choice)

This games weirdo played through Hidden Agenda five times (twice with company) during which I witnessed an abundance of fresh content and a different ending each time. Entire arcs disappeared and reappeared in a different form depending on how my/our choices went. This revolving and evolving plot is in its element in the two-hour run-time; there is so much unused content to accidentally discover on subsequent playthroughs that the brevity is wholly appropriate. When playing with company, having a shorter run-time is also for the best.

Players can team up and tackle the case together or do so somewhat competitively. In co-op, all players vote on the outcomes. The competitive mode also comes with democracy as standard but outcomes can be brute-forced with ‘turnover’ cards; the lobbying groups of Hidden Agenda.

During uninteractive entertainment, my friends never notice when I don’t care about their laughless hipster “comedies” or Vox documentaries

Competitive mode also adds the third instance of hidden agenda in Hidden Agenda. [keanufractal.jpg] Players are given a card containing a hidden agenda or nothing bar an opportunity to bluff. Successfully manoeuvring fellow players to go with your hidden agenda, or believe you have one when you don’t, earns you points.

The hidden object games and QTEs serve as ‘takeover’ bonus rounds; fastest gets the spoils. This is the one area of the game that feels truly competitive – the points awarded elsewhere seem arbitrary. Winning at the end felt hollow but having a fat stack of takeovers ready to influence the story was satisfying.

While playing ‘party games’ alone sounds depressingly oxymoronic, Hidden Agenda is one PlayLink title that will not heighten your sense of isolation or highlight your lack of meaningful friendships. Playing the game solo is not only completely feasible but surprisingly entertaining. I genuinely felt like another few stabs at the story on my own; without the distraction of competition or my friends needing to piss more than thrice in two hours, Hidden Agenda is a tale worth getting into.

Just like other Supermassive offerings, Hidden Agenda demands attention during its cutscenes. With a game that is basically a two-hour long series of cutscenes, there will be players who lose interest. During uninteractive entertainment this is obviously fine; my friends never notice when I don’t give a poo about their laughless hipster “comedies” or Vox documentaries.

But having to guide an unwilling soul through this is almost torturous. Having the entire game pause the second that someone deigns to reply to a Whatsapp message will chip away at everyone’s will to continue.

If you have three people who have the patience to sit and play this all the way through without pause, lengthy periods of explanation and/or declarations of disinterest, you are genuinely lucky.

Mechanically speaking, most of the game could be done on a DVD player or a Pioneer LaserActive. Like Night Trap or those interactive quizzes about football you received as a Christmas gift but have never actually opened. Choosing one option or another, hidden object games and a “pointer” quick-time event mini-game are the only things that players will really do during Hidden Agenda.

It must also be pointed out that this form of simple control scheme keeps the title accessible to everyone in the room, regardless of their skill or sobriety level. The need to factor in these elements hinders Hidden Agenda as a game in its own right while giving its “party suitability” stat a significant buff.

Until Dawn, Teh_Inpashant and now Hidden Agenda serve as testaments to the power of choice and how destiny is a load of w**k. But Hidden Agenda shares The Inpatient’s revelation of the limitations of its medium. It’s not all that interactive despite the successful efforts to immerse through excellent audio/visual presentation and engaging narrative.

You may also get the feeling that it could’ve been done as effectively on other limited-interactivity platforms. Or maybe Hidden Agenda would be a better experience if it were a traditional title.