Horror games with a psychological edge are more this games nobody’s speed than jump-scares and gore. Until Dawn certainly scratched that itch with its ambitious parallel story-lines. Along which, a player propels themselves entirely of their own volition. The Inpatient takes the best parts of Until Dawn’s horror aspects and distils them into a fleeting masterpiece of fate and terror.

Using ‘You’ as the Inpatient in question

Set in 1950’s Blackwood Pines Sanatorium, The Inpatient begins with a customisable ‘you’ strapped to a chair. Immediately, a player will notice the effort that has been put into giving your style of protagonist a physical presence. This adds a lot to the experience; giving a corporeal form for players to fear harm for. Players will also notice the visuals in this title are nothing short of stunning. The devs seem to have played to the system’s strengths while negating any weaknesses with thoughtful level and graphic design.

The game also uses the sense of space (or lack thereof) that is inherent in a well-made VR title to abuse the player with confinement for long periods of the game. Fading to black and reappearing in one’s cell is a common occurance leading to a sense of hopelessness and isolation for the larger part of the game. This counterbalances with a terrifying freedom that comes with the attempt at ‘escape’ later on. The Inpatient uses its environment to maximum effect, keeping its intriguing secrets barely hidden to leave a player questioning everything. The game also physically disorients the player on occasion to heighten their vulnerability.

A Mine of Mystery, a Cache of Curiosity

The story (no spoilers) seems completely self-contained, filling in some Until Dawn lore with places and events that are discussed or affected by the consequences of The Inpatient‘s happenings. However, Until Dawn players will quickly acknowledge one character’s role in the grander plot and how this NPC’s fate came to pass. The developers did a superb job in preserving the feeling of meaningful decisions having real consequences while keeping the plot and overall lore consistent. 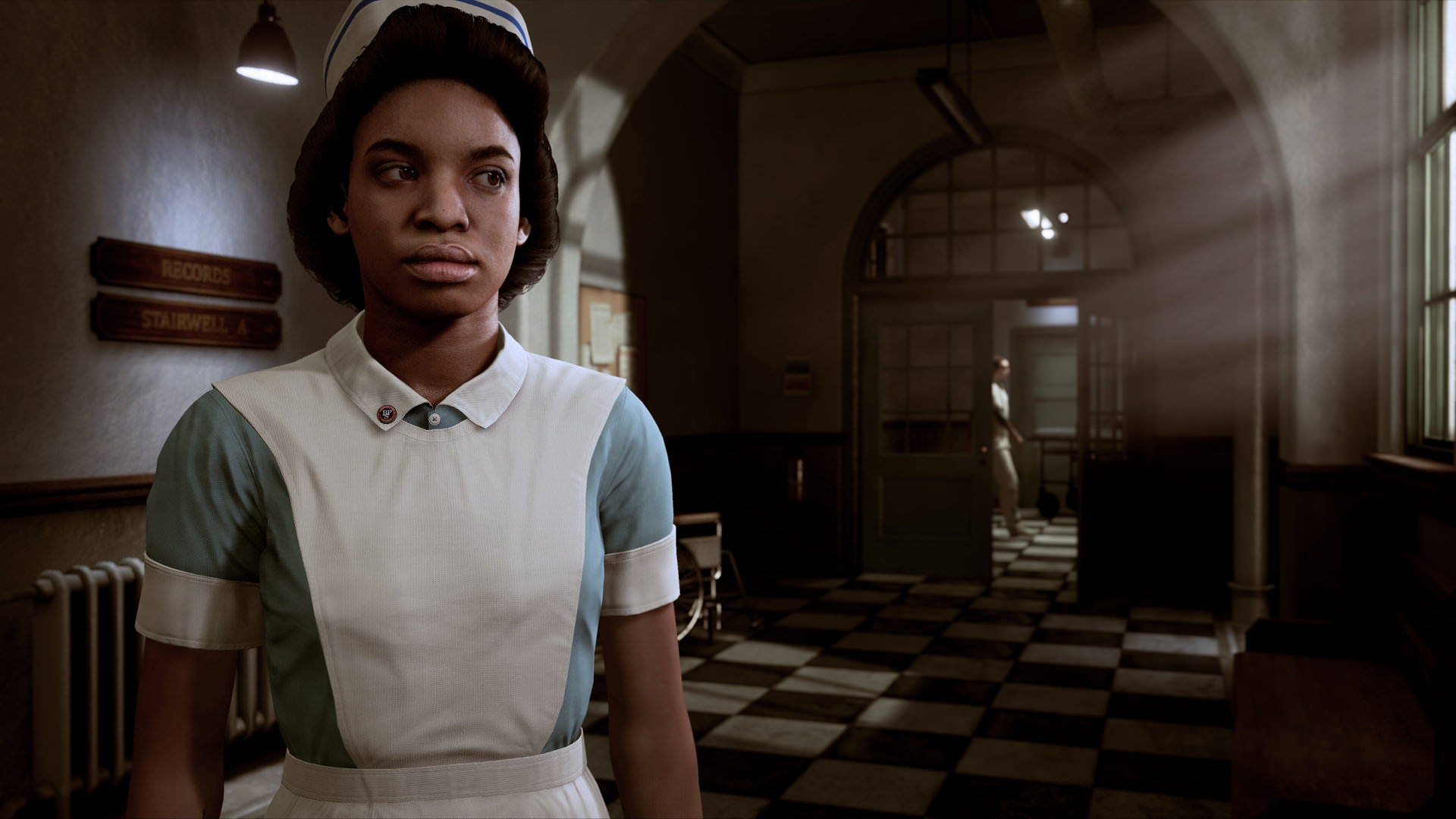 The Inpatient uses the microphone in the PS camera to allow a player to read their lines, making decisions throughout the game. This mechanic is implemented perfectly with every attempt I made succeeding. Most of the ‘Butterfly effect’ moments are triggered by a player’s choice of answer so the high quality of speech activation brings a player further into the tale.

As a game, there isn’t much to The Inpatient however. Players simply walk around, pick-up or push stuff in situ in order to trigger a fade-to-black then a new scene. The two action-y sequences are incredible, one is a game of statues while the other loads a player with decisions to make through a simple command mechanism. But these are the only occasions in a two-hour run-time that anything happens by your actions rather than your words or where you stand – the rest is hall-walking and activating cut-scenes.

The immersion of the story and the environment in The Inpatient isn’t met with an involving and immersive control scheme aside from the aforementioned voice-controls. The default is a 15 degree turn via Move gestures or the DS4. The Move gesture system for movement is cumbersome and unnatural; it will beg you to whip out the Dualshock. And that too, is imperfect. It’s still very slow to turn and accidentally leaning ‘down’ on the right-stick will make a player perform a 180.

While the devs have crafted a superb story that exploits the platform’s ability to sensorially capture a player and challenge them to think about their actions, there is only so far you can stretch ‘quality over quantity’

It’s curious how the decision to make a player turn as though they are in treacle to curb motion sickness is completely destroyed by the instant 180 button residing in the same place as general rotation. The worst part of the control decision is that Move controls are vastly superior for anything other than movement, leaving a player with a Sophie’s Choice; do I struggle to walk or do I struggle to pick stuff up and use the vital torch in the latter part of the game??

The Inpatient is a notably short experience at around two hours. It must also be said that the glacial pace of the title’s movement means that the game is essentially 60-90 minutes long. For 40 quid, even with multiple playthroughs, this is a poor value proposition. While the devs have crafted a superb story that exploits the platform’s ability to sensorially capture a player and challenge them to think about their actions, there is only so far you can stretch ‘quality over quantity’.

Supermassive deserve huge credit for the, albeit brief, window into Blackwood Mountain’s dark history. The Inpatient is quite an appetiser for those invested in the series but newcomers to the series might be a little more let down by the brevity, the slow pace and the mixed bag of controls.

The PrimeVinister would like to apologise for the lack of original screenshots, the ones I took were awful and did not do the game’s visuals justice.