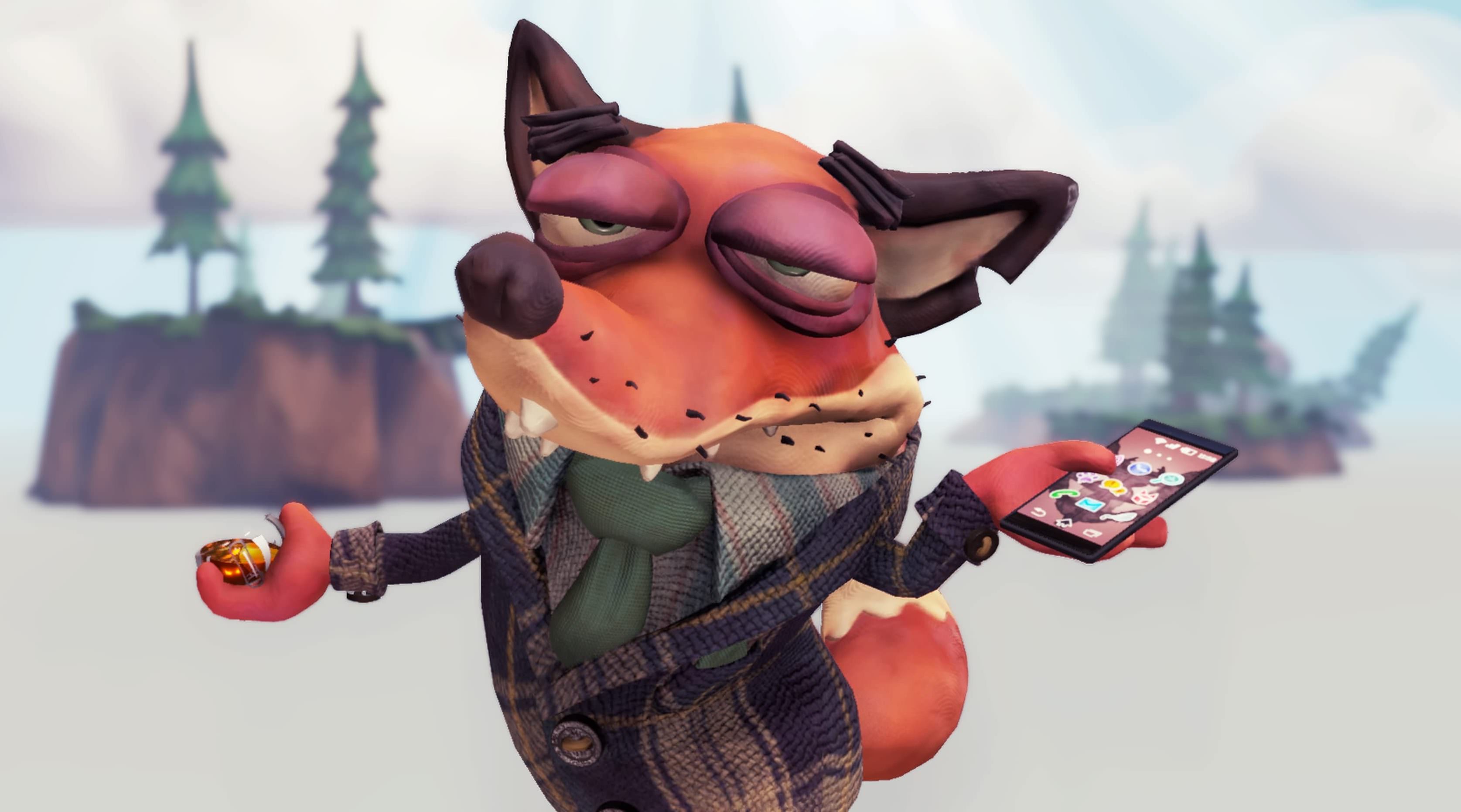 PlayLink is a gaming service exclusive to PlayStation that allows A LOT of Android/iOS devices to be used as personal controllers/screens. The games use the area WiFi or the console itself as a server for the devices so set-up is very simple. Frantics is a step up in terms of control complexity from Hidden Agenda so beware of this.

Frantics is a selection of mini-games for slightly more capable swipers and gamers to enjoy. These mini-games are strung together in different modes with some bonus rounds and secret challenges to extend the longevity of the game.

The selection of games in Frantics is ample but not abundant with 12 mini-games to choose from. Each one is well-developed and deep with some absolute classics in there. Most games force a player to tilt their phone, press or swipe their screen, sometimes a combination of these.

There are plenty of ways to enjoy the game too. A standard game strings four random games together and adds some secret missions and bonus treachery to the party. The game can also be enjoyed in categories if someone can’t get the hang of tilting or loves the rough stuff. Users can build custom games or play single rounds.

Something like Tour de Frantics and Hot Rod Heroes are single-button games. A player must simply press or not press the accelerator to keep their vehicle on the road or track. TdF sees players accelerate in straight lines but follow the road with the button released. This forces players to be subtle while speed boost laid out strategically add some depth.

Hot Rod Heroes is like spiteful Meccano crossed with some dirt-track racing. Players will add parts to the other racers in an attempt to make their tricky ramp-laden track even more precarious. First across the line takes the largest haul of points but there is a cliff after the finish-line so be careful

Heavy Metal, Parachuchu and Chair Riots use titling and tapping and offer some of the best competition to be had in Frantics. Heavy Metal is a game of association football with a heavy metal ball. Players lose lives as they concede goals so bumping the sphere into opposition nets is less important then keeping a clean sheet.

Parachuhu is a gravity-fuelled race crossed with a game of chicken. Players manoeuvre their way back to earth, gathering coins and passing dynamite to each other, all while trying to land first. When to pull the parachute is usually the last thing on player’s mind so the potential for comic splats is high.

Swipe Right (or Left, Up or Down)

Other games are swipe-led. Games like Friendless Runner, Office Chair or Trappy Fields will be familiar to mobile gamers. Players swipe a box on their device to move their chosen animal leading to better precision than in the tilting.

Friendless Runner is a forward-runner where players evade obstacles and activate doors and springs while jostling the opposition. Players can piggy-back and with stacked items offering layers of hurt. The verticality makes this more than a couch multiplayer endless-runner.

Gamers who enjoyed Angry Birds and got sucked into the curling during the recent Winter Olympics will be familiar with the mechanics and objective of Office Chair. Players must land their character as close as they can to target on the floor, slinging themselves around on an office chair. The simple but effective controls combined with the skulduggery that goes with office curking make this my favourite of the bunch.

Trappy Fields mixes light strategy and action as players move around a board to retrieve a bowl of rice and take it back to where they started. Stage hazards and player jostling give the short rounds some spice while the game-board forces a player to think on their feet.

Our quizmaster is a haughty, gentry fox who berates the party guests and explains a little about the harsh truths of competition and capitalism. Crowns will win a full-game while coins can buy you buffs for yourself or burdens for other players. There is also a finale which takes the bidding war of the weapons round and offers some crowns up for grabs.

This is not a satisfying way to win or lose regardless of the strategic bidding involved. In a game where players need to know their oats to win in most rounds, this takes some heat out of the competition seeing as coins can be gathered much easier than crowns. With three crowns up for grabs in the bidding war, a player can win the game outright without winning one of the four minigames.

Frantics shows that PlayLink games can be arcade-styled and action-packed rather than just a set of choices. The line-up of games is excellent; while some are better than others, there are no true duds.