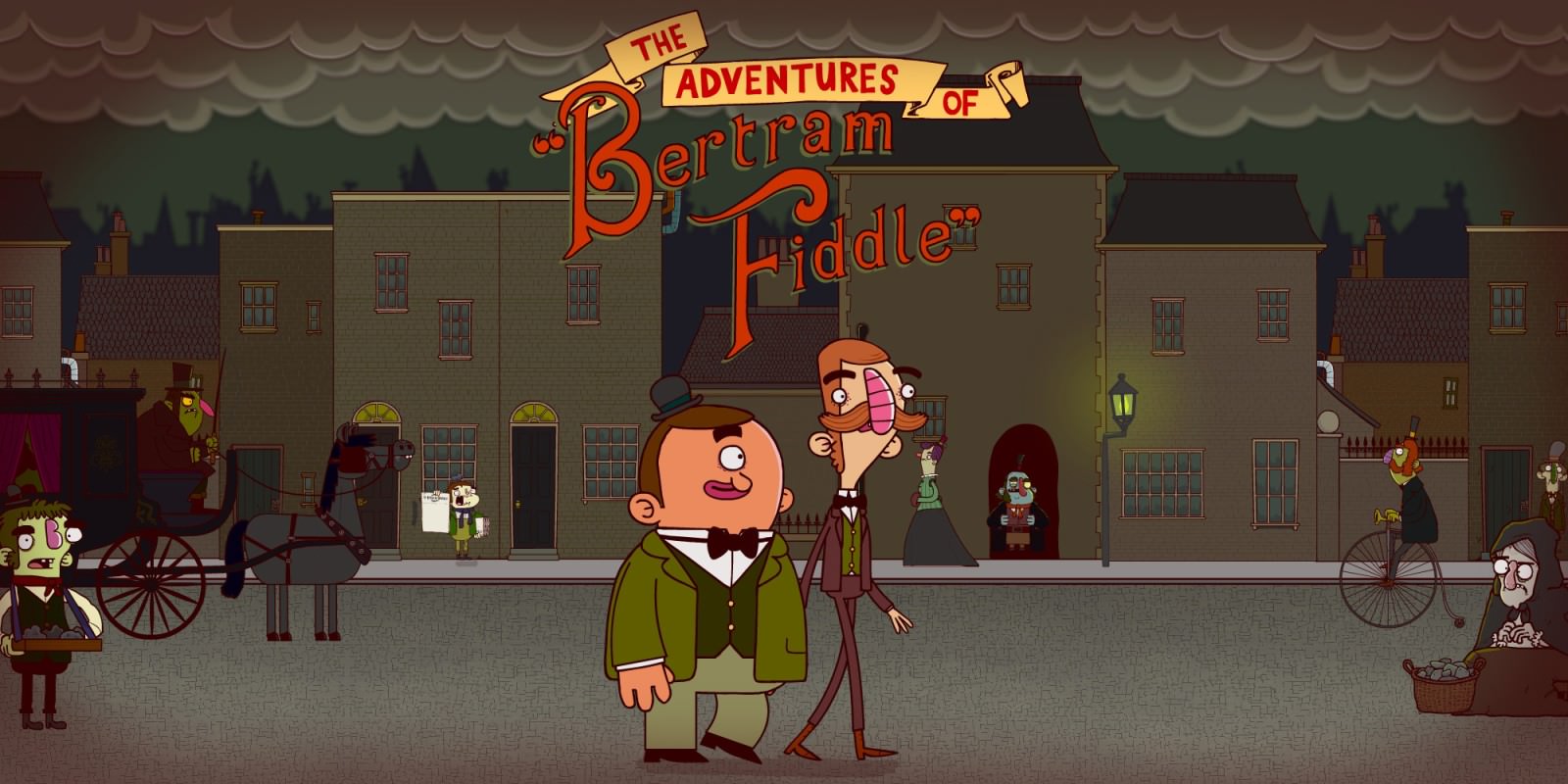 It might have taken around four years but the Adventures of Bertram Fiddle: Episode 1 has finally come to consoles. From its Kickstarter origins to its successful two-episode stint on Steam, Rumpus Animation have come a long way. In a rather refreshing take on the point ‘n’ click genre, this title features countless innuendo, Dad jokes and stands as a general rebellion against point-and-click adventures such as Broken Sword and every bloatware crime mystery title on the Nintendo DS. Although Monkey Island was awesome, mustn’t forget that.

The tale revolves around a detective in Victorian England known as Bertram Fiddle, who also goes on ‘adventurings’ around the world. The problem is the old adventure tip-offs have dried up in recent months and his missus is getting on to him to settle for a steady income. This writer sympathises with the bumbling idiot; as a member of a marriage agreement I also know the great power behind the statement “Yes, dear”.

What follows is one big cheesy one line after another in this quirky and creative graphical design, all presented in smooth HD it resembles something that the creators of Ren and Stimpy and Rick and Mortys’ love child would end up like. It’s beautiful! We also have Bertram’s cyclops sidekick named Gavin who lives under the stairs; he’s very useful for heavy lifting etc..

The puzzles themselves are very straightforward and only require a little bit of common sense, nothing like the point ‘n’ clicks of old. Also some of the sequences such as chases etc. provide a refreshing break from the standard gameplay.

The voiceover work is outstanding. Nothing wooden; full of energy and emotion. Again, the sound plays out just like an Adult Swim show, the soundtrack isn’t much to shout about but it’s a minor gripe in what is an all-round funny experience. Another downer of the game is that it’s about an hour long with zero replay value. 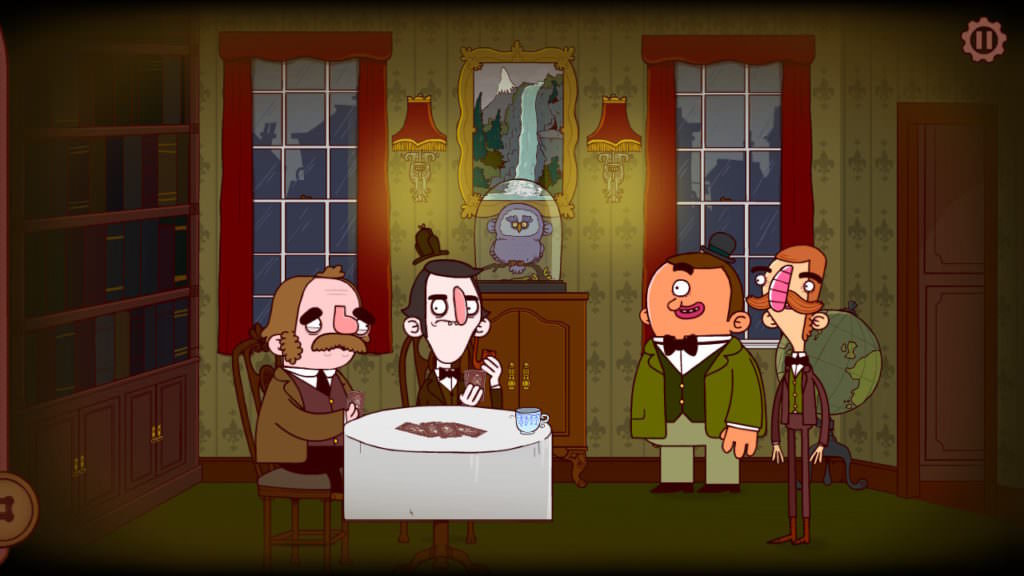 The Adventures of Bertram Fiddle reawakened my immature and childhood humour. For example, “I must run an errand for Lord Arthwipe” had this writer in absolute stitches but then again, I’m a Dad. It’s worth picking up for the laughs and hopefully part 2 will be announced for Nintendo Switch soon.