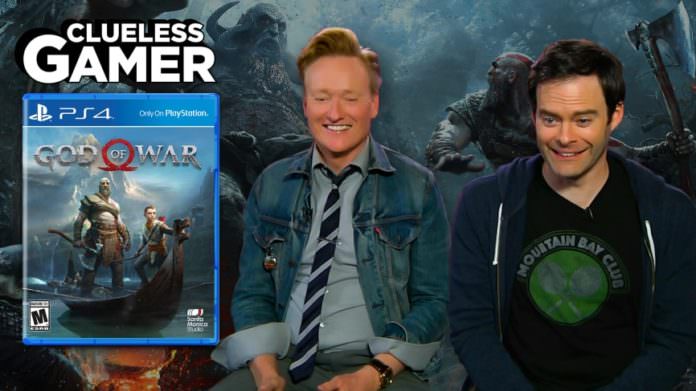 If you’re not aware, Conan O’Brien has a segment in his talk show called Clueless Gamer. In it, himself and a guest play the biggest games that have been released.

And now, O’Brien and Bill Hader have gotten their hands on God of War for our amusement. It’s something everyone needs to see to be fair.

What makes this segment so brilliant is the way O’Brien looks at games because as the title of the segment says he is a ‘clueless gamer’. He revels in being able to pick apart games that your average joe would notice but gamers wouldn’t.

What gamer could see Kratos teaching his son how to run as instead a grown man chasing a child with an axe through a forest. It’s genius I tell ya!!

He’s also given his expert opinion on classics like The Witcher 3, GTA V and AC Unity. Go look for yourself. You shan’t regret it.

Here’s the link to the Clueless Games playlist on Youtube.