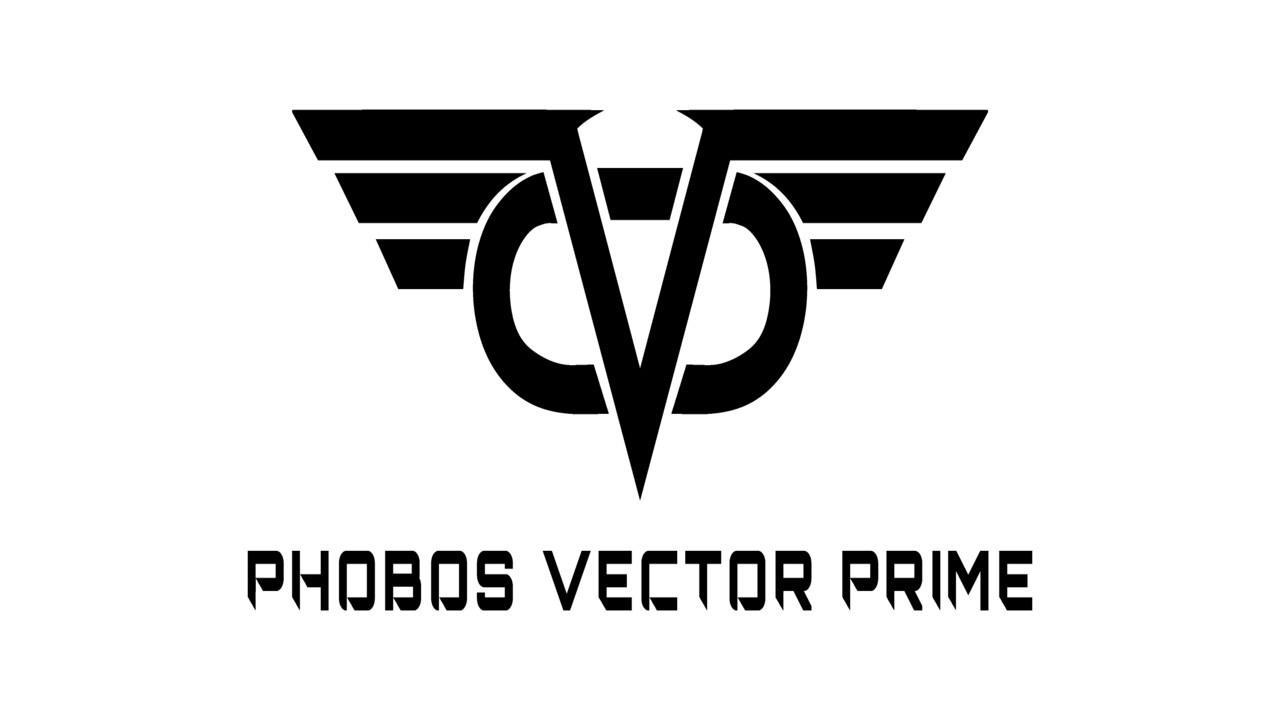 As if pulled out of a 1980’s table cabinet, Phobos Vector Prime comes hurling at our faces. By hurling, I mean sort of gliding and floating at a weird angle. Let Reggie explain, Phobos Vector Prime is a MOBA action game turned single player game. Whilst the bare bones are there, the over compensation for 80s Sci Fi don’t really justify what’s missing.

Let’s start with the story; its bland and not needed. The narrative is served up by a forgettable paragraph or two throughout the games 6 not as long as you’d like levels. This is quite blatantly a 80s arcade space shooter, let’s just concentrate on that. The level design in more or less get from one end to the other by hacking terminals, avoiding turrets/lasers, opening Laser gates and of course fighting off the game 10 different enemy types and two Boss level ships. Well, one of them being the players ship. Think Dark Link in O.O.T. 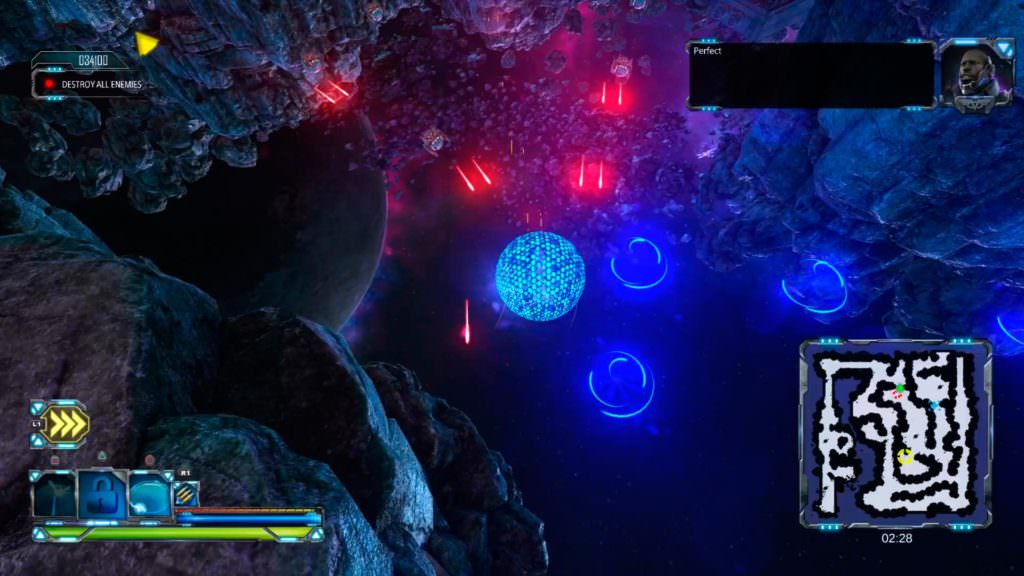 The levels themselves whilst looking hi-res, don’t really show enough variety with recycled assets used throughout. With the games playtime being around a couple of hours it doesn’t get chance to get old, but ‘old’ is hanging around on the border like Trump with a band of racist bricklayers.

The amount of flash in the special FX design does scream 80’s Arcade. In fact, the whole game does as previously stated. But that only gets a title so far. The controls are about as responsive and tight as two wet paper plates holding chilli, there’s a lot of give when turning. Firing weapons are not an issue a and feel quite satisfying, its aiming them in the right direction that takes a bit of getting used to.

Also the players field of view is terrible, an isometric view which is zoomed in on a tilted angle. It’s just awkward, the player is positioned in the exact right spot to make dog fights an absolute ball ache. It’s almost like Phobos was an awesome space shooter back in the day but hasn’t aged well.

Weapon variety leaves a lot to the imagination, mostly speeding up the weapons you already have for a set amount of time. The shield variety is quite cool, this writer won’t spoil anything but there are ship shields with different effects. In terms of offensive prowess, players can gain the opportunity to hack a terminal to turn enemy drones in their favour and fight for them, nice touch.

The games Synth-Rock soundtrack accompanied by classic ‘laser fire’ sounds add to the nostalgia at the heart of the game, this was probably one of the stronger points of Phobos. This game seems to be a classic example of a late development flip gone wrong. Given a few more months I think one would be writing quite a different review. 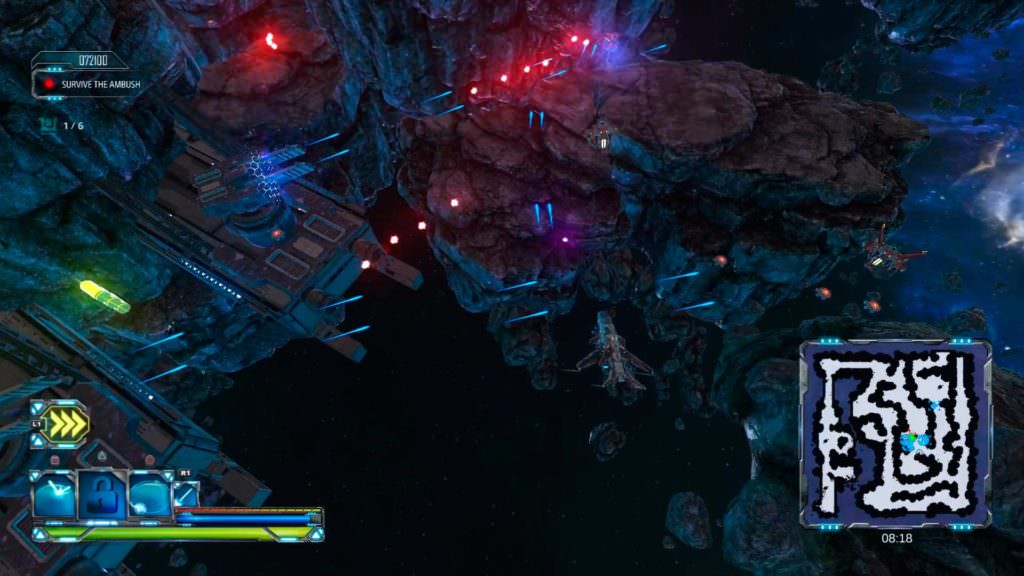 Although Phobos Vector Prime: The First Ring tries to hark back to the golden days of 80’s arcades with its overuse of purple and neon’s complimented with synth, its very forced. Although the bones of a great game are there, the execution is just a tad messy. It’s like building a £350K detached 5-bedroom house on a swamp. Silly.