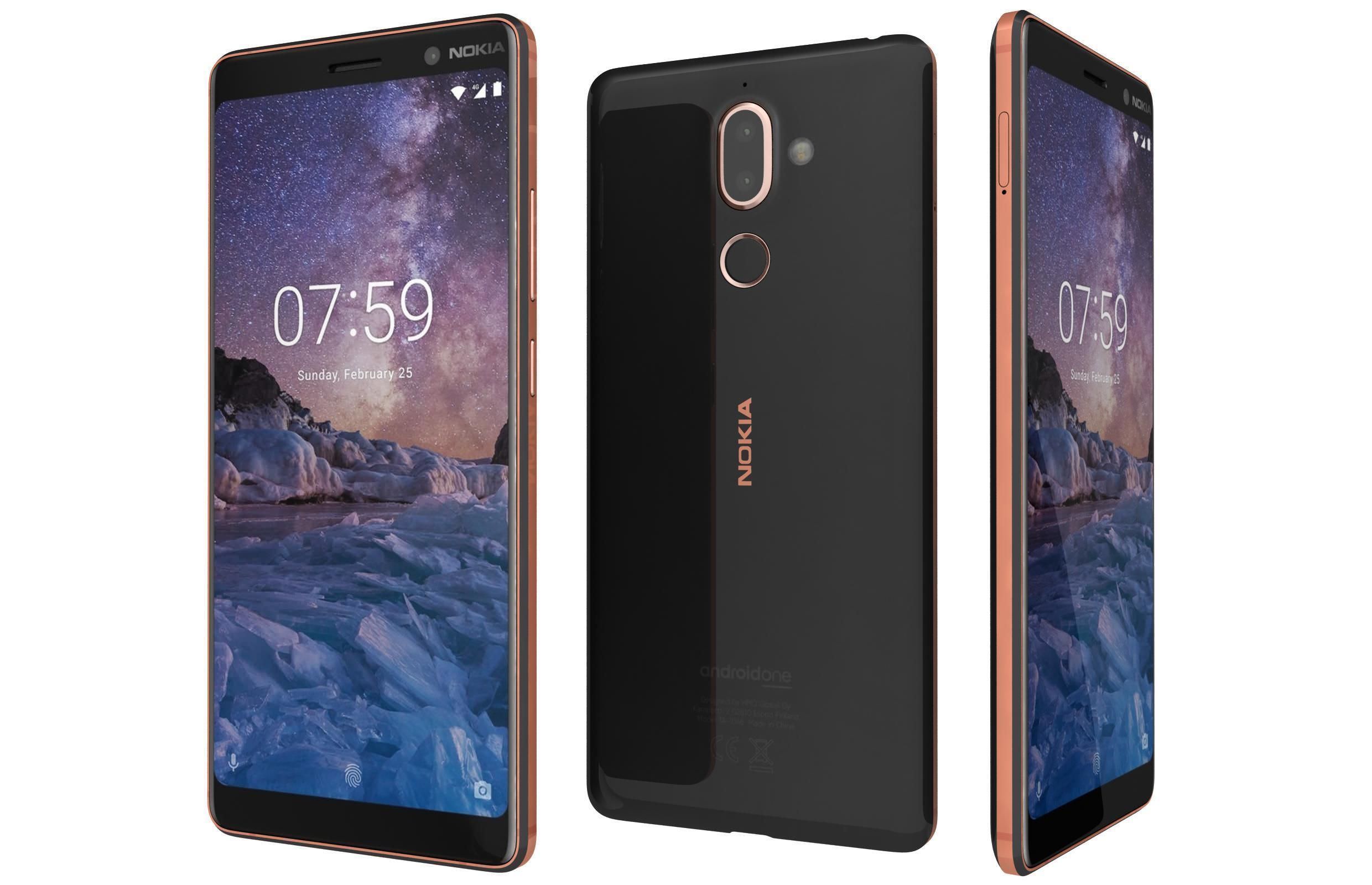 Nokia’s descent from the top is well documented. Having led the mobile world with innovative yet price-conscious products, Nokia missed the mark too many times when it came to transitioning to the smartphone era. Symbian and then WindowsPhone were a bad fit in this current era of OS duopoly. Now free to blaze their own Android trail, Nokia is attempting a comeback and the sub-premium Nokia 7 plus is a strong start.

One of Nokia’s strengths back in their dominant days was their ability to stand out visually amongst their competitors. The bar has been raised since in terms of design but the Nokia 7 plus is gorgeous in black and copper. The matte ceramic-like finish gives the rear of the design a muted simplicity that highlights the copper detailing. 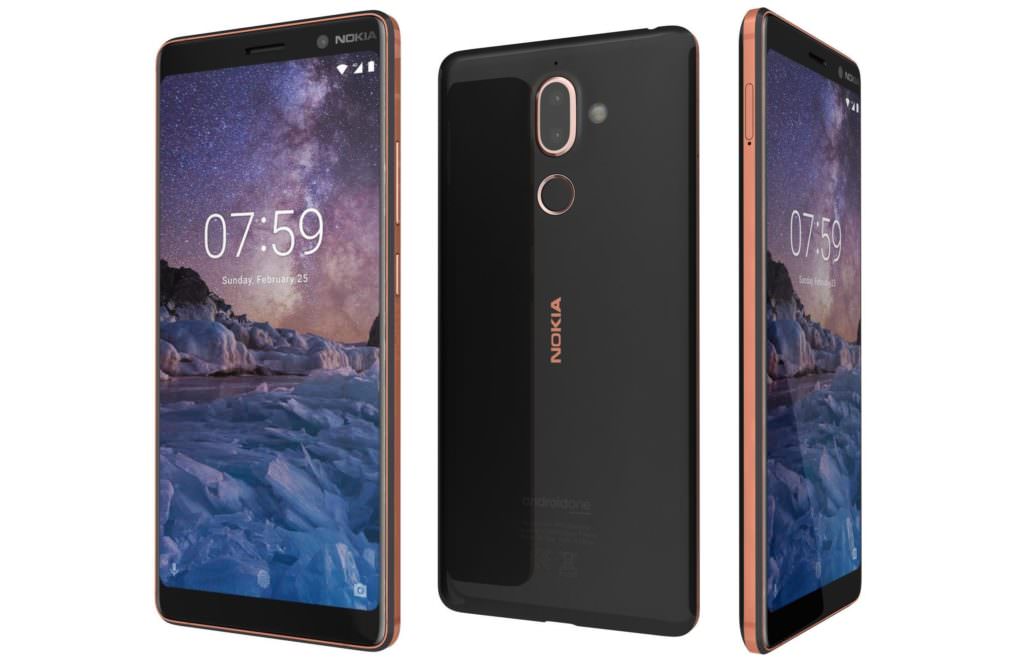 A band of copper runs around the outer edge with a slim copper band framing the entire front of the device. Copper is also bevelled into the fingerprint sensor and dual-lens setup while it also fills in the Nokia logo on the rear. The whole design is distinctive without being loud; eye-catching but not eye-gouging. Nokia 7 plus also has a small bezel that doesn’t detract too much from the look, the 18:9 screen still fills a healthy 77% of the front-surface area. The whole package has a premium look that befits the ‘flagship’ Nokia.

A Design for Life?

Another of Nokia’s celebrated traits was the nigh-on indestructibility of their handsets. 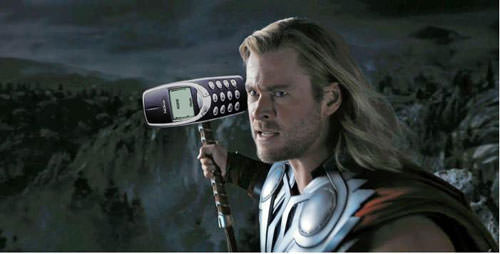 While Thor won’t be replacing his trusty 3310 hammer head any time soon, Nokia 7 plus feels strong. The aluminium frame and the hard ceramic-esque outer feel like they could take a knock. For those who would prefer not to test it out, there is silicon case in-the-box. This case matches the previous ‘best free case’ offered by Honor View 10, another, pricier, pretender to the sub-premium flagship crown.

The choice of Corning Gorilla Glass 3 rather than newer GG5 is probably to shave a few quid rather than the superior scratch-resistance of the older standard. But users should beware that drop resistance is not GG3’s strongest suit – thank goodness for that silicon case.

Nokia 7 plus lacks any official IP rating and I am unwilling to drown the device nor pull it apart and check for gaskets so I would advise against using it in the shower or a rainstorm.

The fingerprint scanner is placed perfectly on the back. The digit lands on it naturally without training. The dual-lens camera is just above the scanner, residing in a small, smooth raised bump – nothing visually jarring nor pocket bothering. At 8mm deep, Nokia 7 plus is very slim but is easy to hold operate.

“Android One, this is Nokia 7 plus”

Nokia are hitching their wagon on a clean Android version that stays up-to-date with every Android iteration. The program is called ‘Android One’ and it’s basically vanilla ‘droid with the promise of Google’s latest bells and whistles as soon they drop. 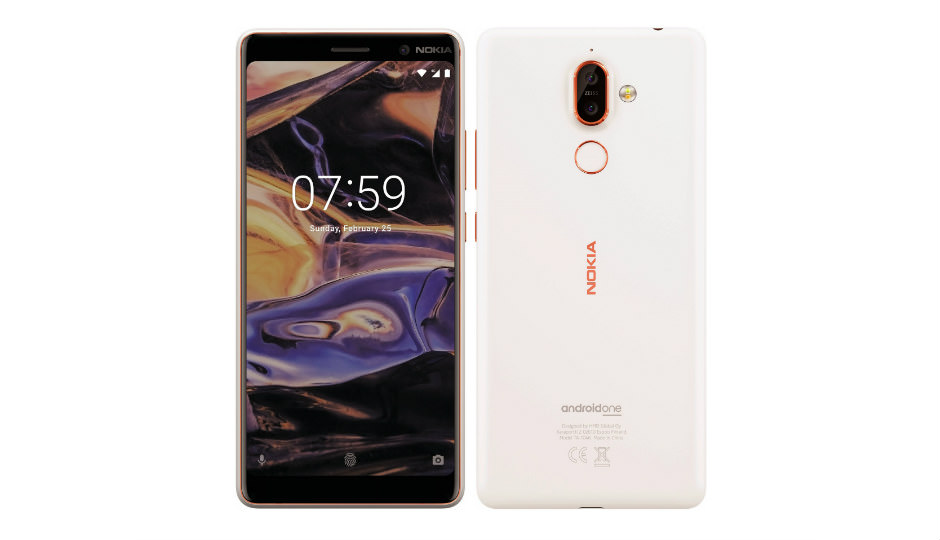 The ‘curated’ apps mentioned by Google’s marketing materials are largely absent here – there is basically no bloatware that a user will need to eject from the device. What you are left with is a customisable ‘blank slate’, something that many Android users crave.

Shots are crisp, bright and well-toned in favourable light conditions and the handset does a good job when it gets dim or dark

Nokia 7 plus runs on a Snapdragon SDM660 that is certainly more than adequate for the everyday tasks, split-screen multitasking and some gaming. The chipset is more of a capable mid-range design than a flagship engine but it does come with a par-for-the-course 4GB RAM. At €399/£349, users shouldn’t be disappointed when 7 plus fails to reach 60fps PUBG at max. settings. 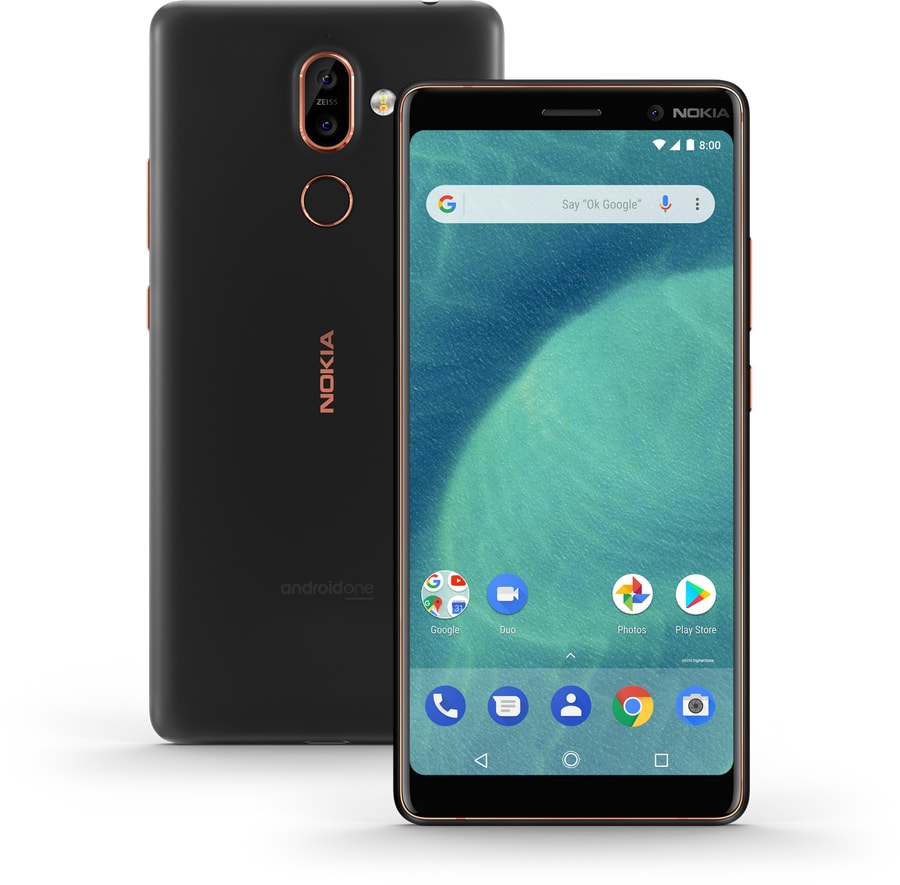 Maximum settings on anything visually complex is bit of a struggle for Nokia 7 plus. The step down to ‘high’ isn’t too bitter. But there are other gaming powerhouse in the price-bracket. The aforementioned View 10 is supercomputer for 50 quid extra – although it lacks the sultry good looks of the 7 plus.

Nokia 7 plus boasts a 3,800mAh battery in its slender frame but its chipset is based on a less efficient 14-nanometre process so it didn’t quite make it through day two for this tech writer. Heavier users can expect to make it to bed every evening but no more while casual users can skip the charger every other night.

The dual-lens system features asymmetric f-ratios and pixels sizes with 2x optical zoom and gyro-fed EIS. Shots are crisp, bright and well-toned in favourable light conditions and the handset does a good job when it gets dim or dark. There is a little noise and the electronic image stabilisation doesn’t seem to keep up when the sun goes down. 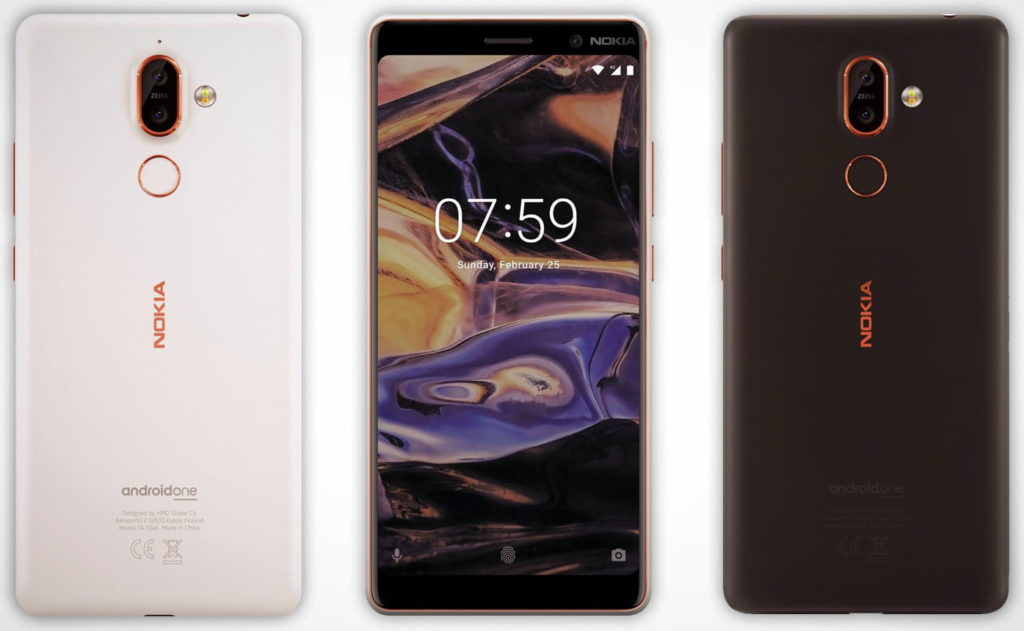 The default capture settings are quite limited – HDR, a timer and dual-capture options are the only options available in the mode. However, the camera software offers some extra shooting options over stock Android with a little poking around. Nokia 7 plus offers a versatile capture but it’s somewhat buried in the expert mode.

4K and 1080 capture is capped at 30 frames per second but those frames are nicely-captured. It’s an all-round decent capture but the lack of image stabilisation at 4K will make action shooting a little shakier. Another shortcut is the lack of the HDR in video capture.

Nokia 7 plus uses only one chassis speaker and it delivers a mediocre sound. Music lacks the bass and upper definition to be enjoyable. The mid-range is too bright and can easily wash away what little else is there. The lack of stereo is a little distracting when viewing video in portrait mode. The handset simply demands headphones and thankfully there is a 3.5mm socket to do the job.

Despite Nokia 7 plus coming in at half the price of premium flagships, it doesn’t bear a cheaper look. The new design cues are sensational and give the brand a strong visual identity. Nokia’s traditional strengths are played to here and the brand seems to have reaffirmed it overall design philosopy.

The innards are not spectacular but have no particular weakness. If a user is OK with less than maximum graphics settings, then 7 plus offers a more-or-less premium Android experience. The stills camera is strong for a budget premium; some low-light noise and an average EIS setup being the only real drawbacks.