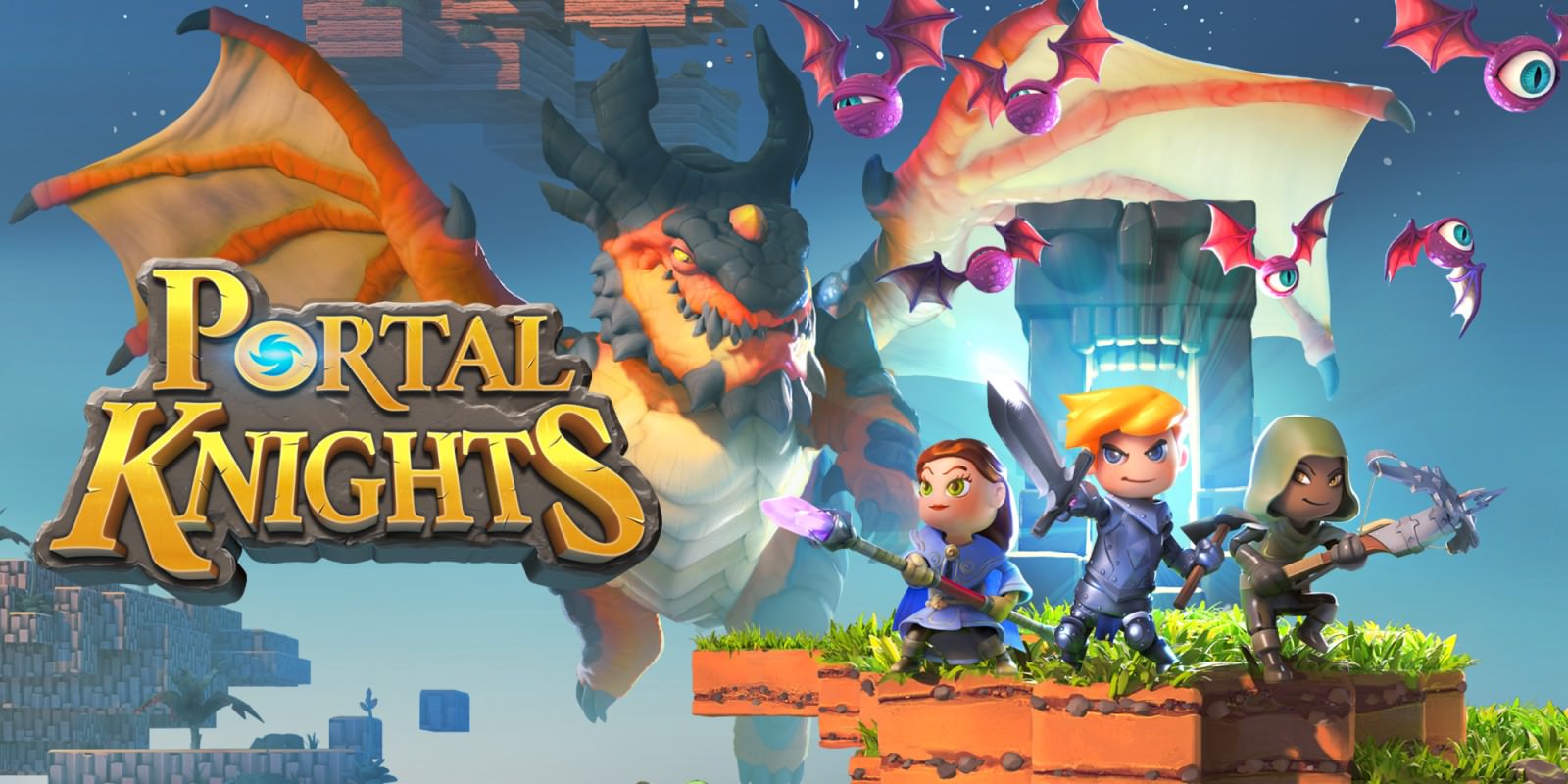 This games reviewer was never one for Minecraft and the like. One just didn’t understand the immersion or cult following behind an interactive Lego building game mechanic. Respectfully, one acknowledged players love for the title and their reasons why they spent hours on their own server building a massive castle for example. Portal Knights is more my speed and I am sure many others will feel the same. 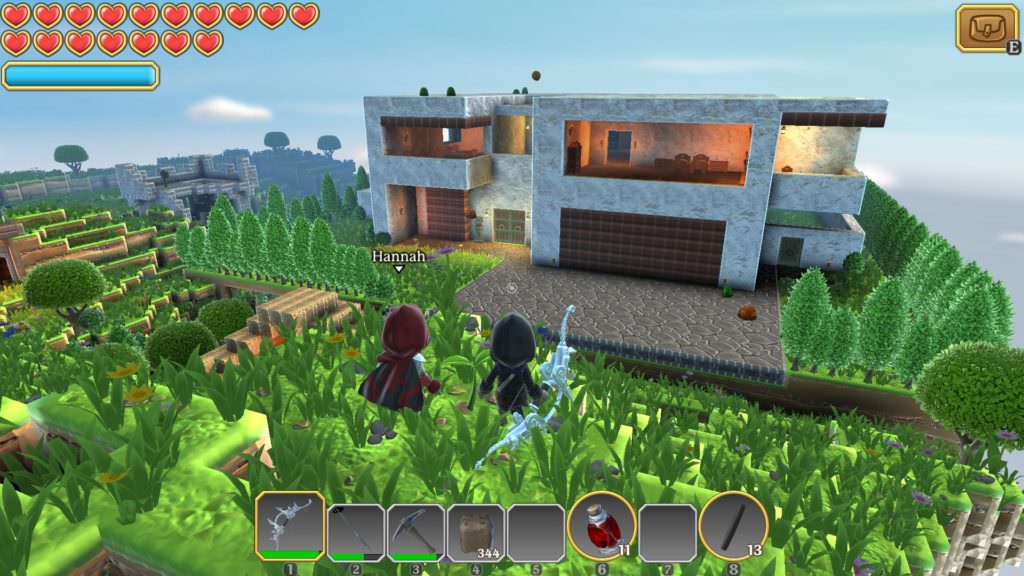 Minecraft story mode gave a little glimmer of hope for something to stick my teeth into, but alas, it wasn’t for me. Then, 505 games generously gave me a copy of ‘Portal Knights’ to review. Initially one was quite hesitant after realizing it was indeed heavily inspired by the Microsoft ‘Block’ buster.

Playing through the starting world and basic tutorials proved enjoyable, kicking things off with a choice of three character classes was surprising to say the least. After choosing a warrior character over a mage and ranger, one found himself mining for much needed inventory for crafting reasons. On top of that, fighting various NPCs of which 100+ appear in the game world was great fun using the simple lock on and smash fighting mechanic. As with all RPGs, the grind still remained in order to beef up one’s Mii-styled warrior. Which isn’t a problem, just didn’t see it coming.

Whilst the progression system is basic, it works. Portal Knights focus is pointed at crafting and exploration. It’s a commendable move to make a simple role playing system work with the crafting genre and not overcomplicate things. The system is there to simply help players craft and mine faster to open up that next portal.

The main mechanics behind the game are crafting and building portals at designated spots to go to another world full of mining riches to help craft the players next best armour or weapon project. The basic storyline is to unite the fractured world as once again within the RPG genre, players have been lumbered with sorting out the world’s problems singlehandedly. 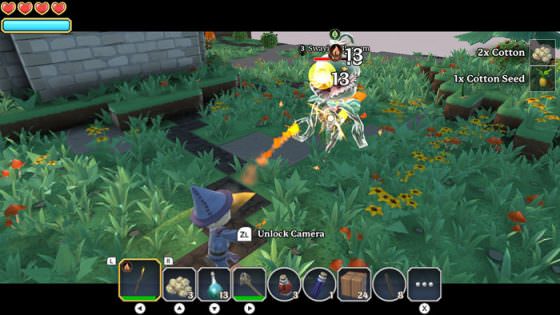 Rather than having different set levels or one big open sandbox to play with, portals provide fast travel to various locations of the map which keeps things fresh. These areas or normally based around a desert, floral or oasis type setting.

NPC’s do tend to fill in the gaps that the basic tutorial didn’t inform players of. A good example would be to craft a workbench, to then craft a better workbench to craft a furnace, to then use the furnace to craft the right metal needed for your new weapon, armour, digging tool or buff. One would say this area of the game does need simplifying somewhat but is sort of fun at the same time.

It really is worth investing some time at the beginning of the title to make the players life easier later on. This games writer will advise his readers that 70% of this game is grind and not for everyone.

What do you mean, soundtrack?

The soundtrack for Portal Knights is a light one and typical of the genre. Whilst one wouldn’t say it’s immersive in any way, shape or form, it does its job of providing background noise. Sound effects also do what’s required. Neither of these points are necessarily bad ones, it’s just not something to scream and shout about!

A brilliant move for the Switch edition was including local 2 player and online 4 player co-op throughout the whole play through. This is definitely a title where collaboration can really pay off, especially due to the lack of inventory space. Juggling items is a constant struggle, but one thinks that’s part of the challenge? Although there isn’t really a clear glide path for progression, it isn’t needed for the type of game Portal Knights is.

Portal Knights is a cell shaded love note to Nintendo in this writers’ opinion. The hack and slash style of things is reminiscing to the Legend of Zelda series, along with the heart container health system. Along with the aforementioned Mii looking characters, there is a chilled out vibe oozing from Portal Knights. With the pick up and play nature of the title, it feels right at home on the Nintendo Switch. The menu system is also easily navigated with the aid of the touch screen which is a nice ‘touch’ (Yes, one is currently awaiting his dad joke of the year award). Although, this writer does need to note the random drops in frame rates which can happen from time to time. Not game breaking but all the same a little disappointing! 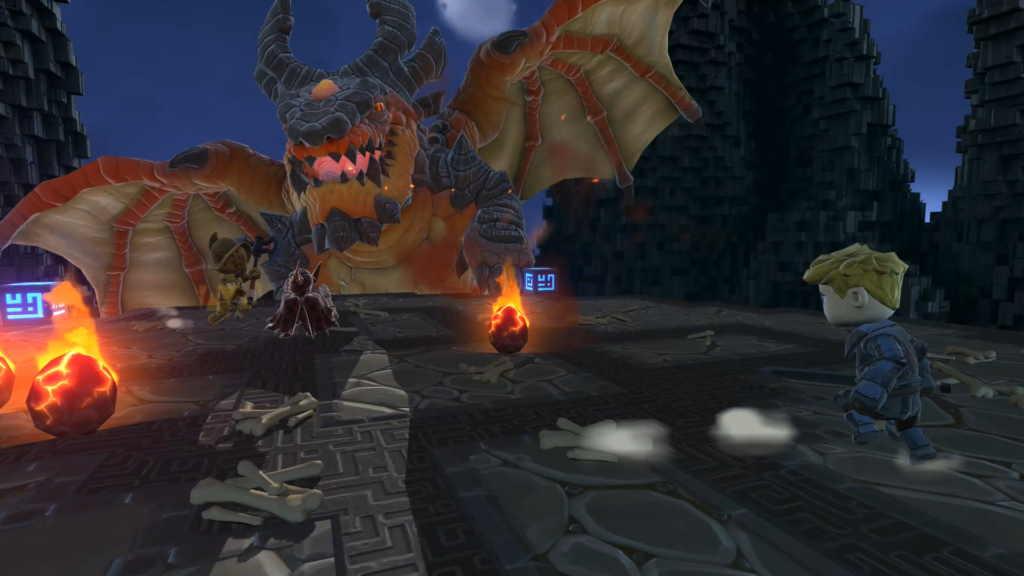 Portal Knights is a breath of fresh air on the crafting genre. Whilst it is proven that the Minecraft formula works, it’s nice to see a simple RPG overlay to mix things up. It gives grumpy sods such as this games reviewer a window to climb through. The inconsistencies such as inventory size, frame rate drops and a decent soundtrack don’t really dent the quality of this title.