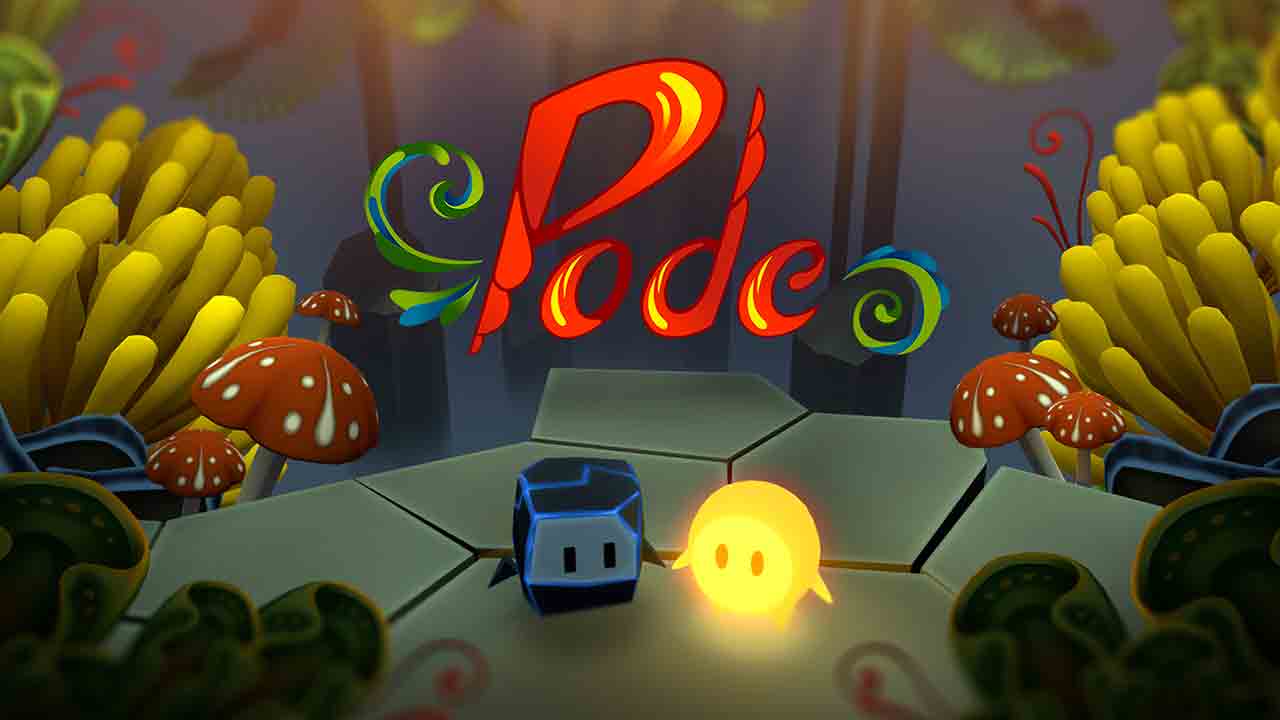 Pode is an ambient puzzle-adventure developed by Henchman and Goon. Pode doesn’t make a strong impression, it doesn’t really make any impression.

The only reason I can remember its name now is because it’s written at the top of the page I’m currently typing on. It is a game that when mentioned months from now many reviewers will say “what one was that again… let me check YouTube for some gameplay…. Oh yeah I remember this… (Sigh)”.

In Pode you play a rock and a fallen star who navigate a cave system solving puzzles using the characters’ special moves. Pode, being an “ambient” indie adventure is fairly light on story, rife with frustrating design and the gameplay lacks any real meat for players to sink their teeth into. I did not enjoy my time with this title, I think the preceding sentence makes that clear…

all of the characters move far too slowly

This Game Does Not Deserve More Than Two Paragraphs

This review is far too short right as it is so I suppose I can’t just slap a 4.5 on this and move on. There needs to be some reasons given for this writer’s aversion to Pode. It is boring; all of the characters move far too slowly, the jumping and traversal can be imprecise, and at no point during my playthrough did the game give me a reason to care about the rock and the fallen star. It did not escape notice how very self-assured Pode was that it was charming; any charm was lost on this reviewer.

Pode can also be played co-op, this is probably the best way to play it, since it may cut the playtime down a bit. This is a bonus because the constant switching between characters makes the progress feel stunted and the gameplay lack any real flow.

Graphically, Pode is quite nice to look at, the colours are vibrant and as the player progresses, the levels do get more visually interesting. The soundtrack is just right for a puzzle game, in that it fades into the background whenever the player gets stuck. Perhaps Pode will be up someone’s alley, but there are more interesting puzzle adventures out there. The main sticking point is the dreadful pace of the gameplay. No matter how interesting and challenging the puzzles are, if it isn’t fun to navigate the environment then the game will be a chore to keep playing.