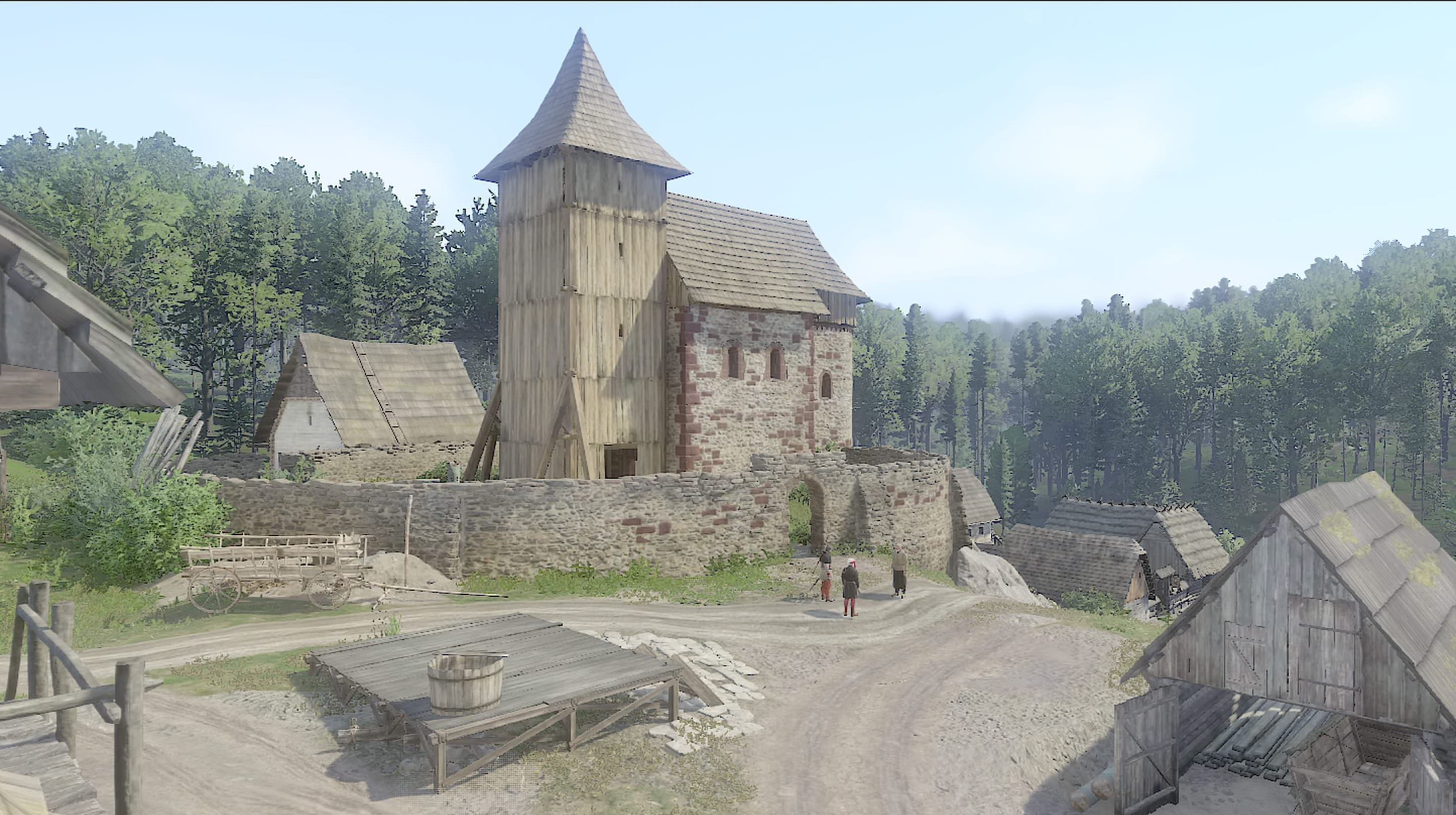 Traipsing around the 15th-century Bohemia of Kingdom Come: Deliverance is surely one of 2018’s most unforgettable experiences. The nails-hard ARPG follows the story of Henry the humble blacksmith’s son who goes on a believably personal quest that rolls into something bigger. The game’s attention to historical detail and penchant for the realistic nuisances of medieval living garnered praise from most-comers despite its buggy state – KC:D and its immersion always felt worth it. Sadly, there is little of such payoff or realism to be had in Kingdom Come:Deliverance‘s first ‘proper’ DLC, From the Ashes.

WE are Offered a Town. An entire Town.

A Mass Grave to Build a Dream On (SPOILER-FREE)

Halfway along the main quest, our Henry will have to clear out a particularly well-serviced bandit camp. From that point on, our boss offers mayoralty/bailiffship over the ruin but explains it to be more like a five-year lordship. Effectively, we are being offered a town. An entire town.

Henry starts by rescuing a hapless civil servant from bandits. He can do so by hammering four or five relatively tough and aggressive adversaries or by offering the ransom. The ransom is a steep four-figure sum, of which players get but a fraction back. This sets a precedent for From the Ashes.

From the Ashes rests on Henry gathering some resources and funding the entire thing to a point where it can make its own money. Then saving up for the final improvements. There is nothing else to do but pay someone, travel and pay someone or travel and convince someone to take less money. Save for presiding over the pleb’s squabbles like a friendlier Judge Judy, From the Ashes is essentially a single-thread side-quest.

Pribyslavitz doesn’t have much in the way of options or customisation either. The only real choices seems completely artificial and will be detrimental to your town. Do you forego a baker or a butcher, a stables or a guardhouse, a weapon or armour specialist? You miss out on something no matter what you choose. The order in which you build is also up to you but in practice, players will probably follow the obvious ‘moneymakers first’ route.

Despite a thriving Pribyslavitz, complete with a guardhouse and the bodies of bandits lining the surrounding roads like cycling lanes in Nordic Cities, the ambushes never really stop

The town is almost entirely useless as a base. The shops aren’t anything special and it’s far away from everything of note. Our hero, mayor and financier is even undeserving of a dwelling of his own. You can sleep in the Rathaus or in a room in the tavern but the chests aren’t actually marked as belonging to the player. I felt like a guest in my own town.

Pribyslavitz is just a giant Maguffin in the main game. Players won’t really know it exists until they are sent there and it’s off in a secluded section of the map that you won’t stumble upon during your travels. Players only return there for a side-quest or two until they unlock the DLC from Rattay. Pribyslavitz is also surrounded by roving bandits waiting in its mystery-fostering forests and jungle-esque density of flora. It ends up feeling more like a villain’s lair than Henryville.

Even with a thriving Pribyslavitz, complete with a guardhouse and the bodies of bandits lining the surrounding roads like cycling lanes in Nordic cities, the ambushes still happen quite frequently. A player can choose to flee and by level 12, they will almost always succeed (or fail and be offered another three chances to flee).

It’s not really known nowadays for the working or lower-middle class to be offered whole towns, regardless of the shape of said town. I just can’t imagine a blacksmith’s son in socially-rigid 15th-century Bohemia being offered a fieflet, never mind being tasked with financing the expensive rebuilding process.

For those of you who don’t have a class-based chip on their shoulder, there are many other ways to fall out of your medieval fantasy. Why is the town’s layout so rigid? Why do I have to choose between a high-carb or carb-free diet? Can I not just pay someone to procure the materials or does the Mayor of every town act like a buyer?

Dropping From the Ashes in the middle of the game has some strange side-effects. I quickly whipped Marius’ captors into ribbons with my ‘end-game’ Henry but my ‘Hardcore’ Henry, who was only after unlocking the DLC, had little chance against the bandits. Similarly, I could fund most of the town’s rebuild at once with end-game Henry but poor old Hardcore Henry had a long and theft-filled slog to financial security.

For a game that players are generally invited to live in, Pribyslavitz is nearly uninhabitable.