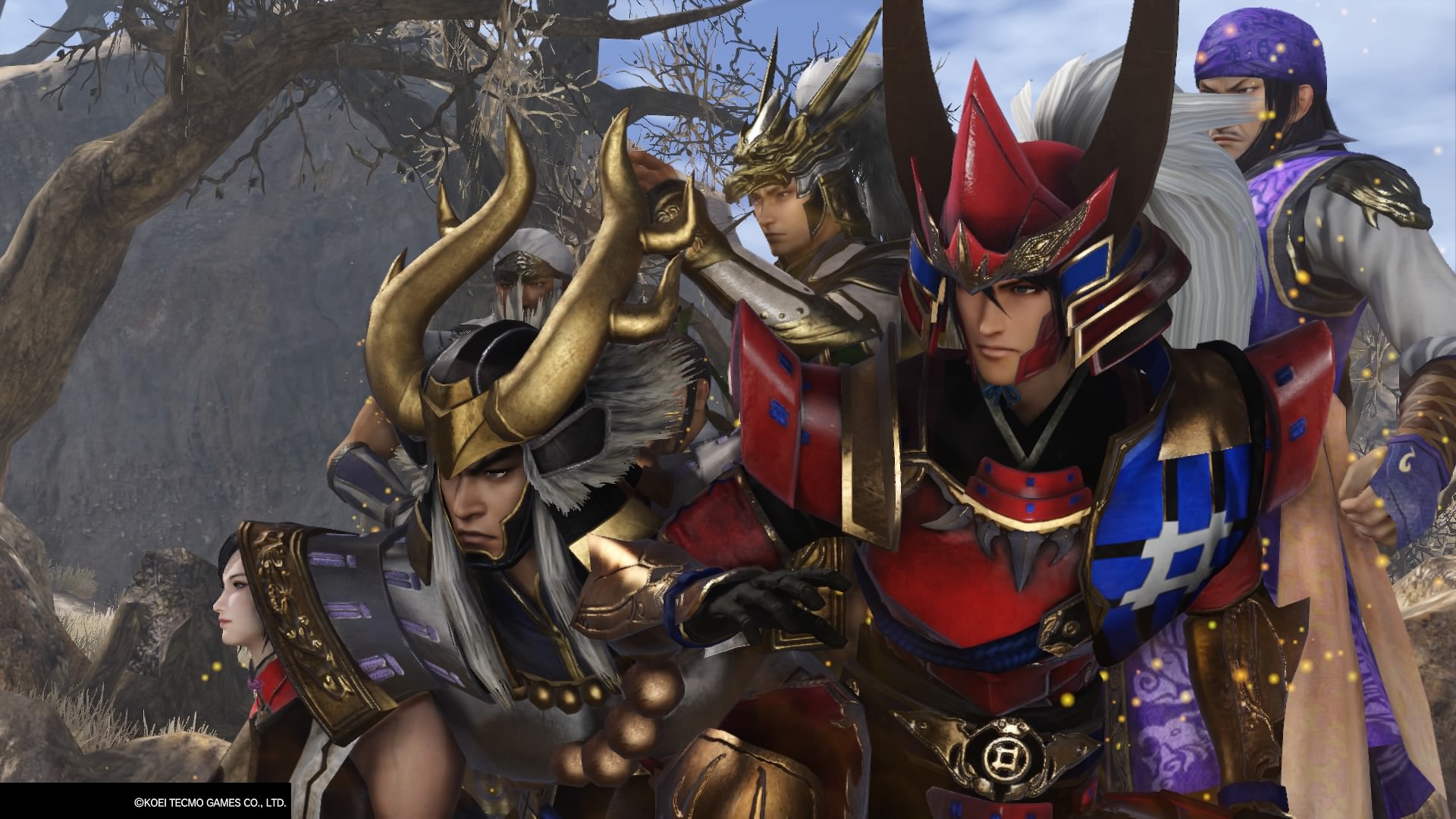 There are two types of gamer – those who can’t stand Warriors and those who keep spare controllers in the house. I’ve played most of the earlier series with a friend who was a fan yet I have never enjoyed the games for more than an hour or two at a time. The repetition always bored me, even with technically impressive visuals and an interesting cast of characters to recruit. Warriors Orochi 4 will feel like a maybe-too-literal return to the better days for fans but will still bore non-fans after a while – albeit a longer while than traditional Dynasty Warriors titles.

Like a Saturday morning action cartoon, a giant milky bowl of ‘just because’ is essential in following Warriors Orochi 4 with childish wonder

Warriors Orochi 4 is set in a Dynastic China where magic is very real – WO4 is a bit more hack’n’cast than hack’n’slash. Players take control of three characters who can be switched on-the-fly and their goal is to win battles against other characters inspired by Eurasian legend and history. A player will press Square or X several times followed by Triangle or Y, maybe toss in some R1(RB)+Attack for massive damage until huge piles of the few enemy models pirouette through the air. Sometimes a more difficult enemy appears and almost wrecks you. An irritating voice then directs you to the next objective or you find yourself watching that scene from Ghandi as the Foots parade home in defeat.

Battle objectives have never really evolved throughout the series and this hurts the game. ‘Capture area’, ‘Defeat X’ or ‘Protect Y’ can’t carry a game that well anymore. That being said, there are still a few players who won’t mind doing a mix of 200-250 of these across Warriors Orochi 4‘s playtime.

The environments are still designed solely to give players the hack’n’slash battles the devs intended. They lack detail and variety. Even as the scenes change running through the game, players will notice how samey it all feels. Keener fans will recognise sections of maps from previous games in the series.

The Musou and Magic attack systems breathe a lot of life into Orochi 4, after a few battles players will start to enjoy racking up huge combos on the way to a boss. Some of these can be tough so it helps to build combos in order to lay spectacular Charge Magic attacks on these special foes. Claiming vanquished enemies into your ranks is cool as always; fighting an impressive boss with a distinct attack is a tantalising battle knowing you will probably claim him/her afterwards.

Where the arenas and Foot clans of Orochi 4 are visually uninspiring, combat, playable characters and their magic make up for it

‘I Only Play It for the Story’

Like Devil May Cry, the Warriors series takes the weirdest parts of the history, literature and culture of Eurasian types and makes very Japanese games out of it. In Orochi 4, the Euro-Justice League are cleaning their jewellery when an unknown god swipes a few bracelets. The bracelets and lack of care taken with these powerful bangles are basically the entire plot. The rest is just details and I really mean that.

The bracelets get stolen, lost, found by someone who can’t even fathom their power and eventually used to tie up the story. But that story works – where the eventual slog of chasing objectives through seas of grey foes wore me down, each cut-scene perked me up. Once you never ask ‘Why?’ and just go with it, the tale is enjoyable. Like a Saturday morning action cartoon, a giant milky bowl of ‘just because’ is essential in following Warriors Orochi 4 with childish wonder.

The chapters are a little too long though. A greater number of the spectacular scenes that ended and began each section of the game would have offset the chore of actually playing Warriors Orochi 4.

Somebody who has never played a Warriors game will be blown away by the scope of the battles. Seeing hundreds of Putties tossed and twisted with spectacular magic or combo attacks is memorable still. The variety in the 170-odd playable characters is laudable even if only six or so are actually new. Each character will fit better with certain other characters but can build bonds that bring greater combat abilities, more powerful Unity Magic attacks and saccharine exchanges of words.

Where the arenas and Foot clans of Orochi 4 are visually uninspiring, combat, playable characters and their magic make up for some of it. There is great variety in the animations, attack styles and ranges of the Magic attacks as a whole but building on your favourite attacks by levelling-up, strengthening bonds or finding new team members will keep players interested a little longer. As previously mentioned, building a huge combo to unleash the most devastating attacks on the heavies is a sound strategy but it also adds to the spectacle of combat in Warriors Orochi 4.

The underlying RPG system is comprehensive. Players can take weapons from battles won and give them to appropriate characters. Weapons can improve as a character gets more familiar with it or a player adds buffs like ‘Resilience’ or ‘Appraisal’. Players can also add attack buffs like flame and wind and level these up too.

Camps can be upgraded for team improvements, better gear or increased spoils of war. Characters can be sent way to hone their skills when not in use. There is usually plenty to do in between battles and with a few paths to go down while choosing buffs or attacks, it feels enough like your personal army despite the ultimately linear nature of Warriors Orochi 4.

Most gamers have moved on from hammering hundreds of rubes; as visually impressive as it is still, most players would gladly take a smaller, more varied, more challenging set of foes to vanquish – but that wouldn’t be Warriors anymore

This games charlatan really tried to get game of Warriors Orochi 4‘s online multiplayer. I tried it at all hours, before and after release but I never had more than two of the six needed in a lobby – I couldn’t get a game through matchmaking.

Koei Tecmo probably saw this coming and did provide easy routes to find friends and create private lobbies to battle them in. Mock battles provide five bots who can be tough to beat – not due to their battle skills but because your AI-teammates may or may not be useless. This might be random or due to my own performance but my squadmates would avoid or cling to the objectives interchangeably. EZ win, EZ lyfe was usually followed by a round of helplessness.

as visually impressive as it all is still, most players would gladly take a smaller, more varied, more challenging set of foes to vanquish

For the Child Inside of You

For most people though, Warriors Orochi 4 won’t be satisfying. The repetitive and unbalanced hack’n’cast combat is boring until it’s briefly a pain in the arse. And the gameplay cycle of never really changes.

The few series that still stand from the ‘zerg rush’ era of action games do so because they evolved and took advantage of hardware improvements to provide better enemy variety and behaviour with more complex environments to slay in. Gaming moved on from hammering hundreds of rubes; as visually impressive as it is still, most players would gladly take a smaller, more varied, more challenging set of foes to vanquish – but I suppose that gap in the hack’n’cast market has been filled for a decade or more.