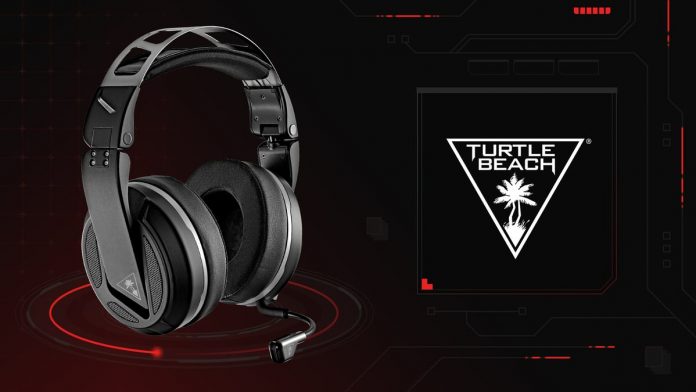 Nothing is better than getting fully lost and immersed in a game and the world it presents. This is most achievable with good headphones. The Turtle Beach Elite Atlas Aero is not only perfect for gamers but also for movie and music fans too.

The Elite Atlas Aero is the great new headset from Turtle Beach that appears on the market for €149.99 later this year. This price gives you a wireless headset which is similar in design to the Elite Atlas headset that is on the market already for €99. The extra €50 doesn’t just give you wireless functionality though, you get a lot more.

Everyone knows the pain that comes with wearing headphones for long periods of time. If the band is too tight it puts strain on your ears and can result in headaches. If it’s too loose, you’re left to constantly readjust it. For this reason, the headset includes a floating headband that automatically adjust so fit your head size.

Another cool feature is the cooling gel-infused memory foam ear pads. These are magnetic so can be easily removed. This means that your ears wont overheat while playing for long hours. The memory foam also has a dedicated section that will easily fit over the arms of glasses. Each earcup has a 50mm “Nanoclear” driver with Neodymium magnets.

Sounds to suit everyone

On top of all the cool stuff going on inside the headset, there’s also some pretty cool stuff on the outside as well. It has buttons for the volume control but that is pretty standard. It also has an equalizer that you can use via the Turtle Beach software on the PC. This is also where you activate Turtle Beaches signature “Super Human Hearing” preset.

This preset balances hard and soft sounds for an optimal experience in games. For example, it lets you hear footsteps from far away and pinpoint the direction of enemies. Using the software you can also adjust the sound options in much more detail, including game, dialogue, music, and mic audio. Turtle Beach has also collaborated with Waves Nx to provide 3D audio for the Elite Atlas Aero giving you a home theatre-like 3D listening experience.

You can take it anywhere

The headset is quipped with a small dongle for the PC. This gives you 15 meters of range before disconnecting. This dongle may also be used in part for the PlayStation 4 in addition to the PC. Not all features will work on the PS4, but it’s better than nothing and the headset is already pretty versatile.

Unfortunately the headset doesn’t work with Xbox. This is due to the architecture (or lack thereof) under the proverbial hood. Nevertheless, the main focus is on the PC, mainly because the equaliser requires the desktop software to operate properly.

Overall, we can say that our experience with the Turtle Beach Elite Atlas Aero far has been very positive. The convenient system where you can remove the microphone and fold up the headset certainly contributes to the overall mobility. The dongle even fits into one of the earcups which ensures it won’t get lost when you take it with you.

With a battery life of 30 hours, you have more than enough to get you through quite a few gaming sessions. If the battery does run low, it can be charged to full in an hour. You can also use the headset with a 3.5mm cable or while charging it with a USB cable, but both of these options defeat the whole purpose of a “wireless” headset.

Check out what else we saw at Gamescom 2019.