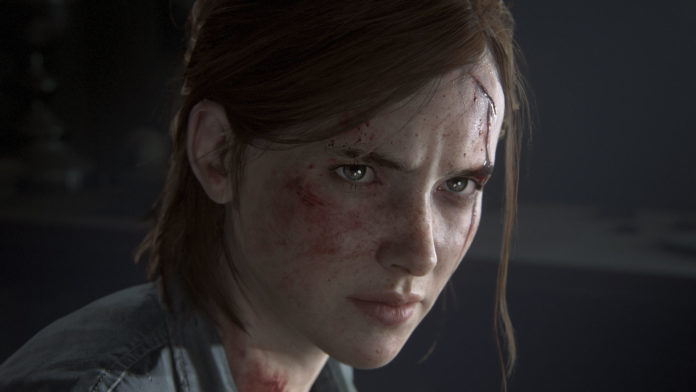 Civilisation as it was is gone and people are looking for a way to build a new life in the rubble. But there are those who seek to make life miserable. As a player you are left gloomy. This is not a happy message, but it is an important one. The Last of Us: Part II shows what it’s like to be in the shoes of those you hate and despise. The story does not hesitate to let protagonists make questionable choices and then confront you with the consequences. People do everything to protect their loved ones, but forget what it means to be human. It produces unforgettable scenes that arrive rock-hard. This game is literally about corpses after all.

At the beginning of the game we are re-introduced to Ellie and Joel, the main characters from the previous game. They found a home in Jackson and are a part of a community who protect each other against the dangers of the outside world. It’s a scenic location with beautiful forests, a playground for the children and even electricity to charge your Walkman. Ellie is having a good time here and even finds love with Dinah, but happiness in this world is always short-lived.

A drama unfolds, after which Ellie heads to Seattle to seek out justice and revenge. It is a simple story, just like in the original. It is the human storytelling that takes The Last of Us: Part II to an unprecedented level. Ellie, Dina, Joel and his brother Tommy, are all credible people who may not make the perfect choices, but are pure in their intentions. They are all human. Real people. And they have to do really inhumane things to survive.

Each of the characters are defined and portrayed extremely well. Ashley Johnson, in particular, should be recognised because her portrayal of Ellie is truly phenomenal. It is a difficult task to combine such a tough character who is capable of eliminating hordes of strong opponents as if it were nothing with a sensitive girl who has a lot of baggage. Fortunately, Johnson knows to strike exactly the right tone: fragile if necessary, bone breaking if possible.

The grim tone of the game extends through to the combat. Infected are cleaved without mercy and the many finishers are shown off regularly. And this doesn’t just apply to infected, fighting other humans is an experience in itself. Unlike many other games, The Last of Us: Part II wants the player to feel the weight of the combat. These aren’t some no-face characters that are placed to extend the game, they all feel unique. Many time you will hear personal dialogue while waiting to pounce on an unsuspecting foe. After injuring the final enemy in an area he might beg for his life while on his knees and you are given the choice to take it or show mercy.

All that violence is designed to gnaw at you as a player. It gets in your head. Naughty Dog clearly has that effect in mind. Human guards call out each other’s names and become audibly nervous when they can no longer find each other. Dogs moan when hit by a Molotov cocktail. And just like you, Ellie struggles with that too. Every gutted throat carves a scar on her soul. See that at the end of the day just shake it all off.

The Last of Us: Part II is a game about people, even more than other games.

In the The Last of Us, it was the narrative moments that stayed with you. In The Last of Us: Part II, the combat is also very memorable. You constantly play with your heart in your throat. Confrontations with the infected are unprecedentedly unnerving. All around you, you hear their gurgling sounds and shuffling footsteps and this creates a thrilling atmosphere. You are keenly aware that it can go wrong at any moment and that you might have to revise your approach. Fortunately, the game offers a wide combination of possibilities. A wrong step in this game does not mean reloading the checkpoint and trying again, but improvising, running away, hiding, or searching your surroundings for something you can use to defend yourself with.

It is especially clever how this set-up does not hinder the flow of the fighting. You are given the freedom to improvise. Escape from the chaos may seem impossible, but the game somehow always facilitates that. If you are seen sneaking in, you have to think of another tactic very quickly. There is ample opportunity for this in the wider, more open areas, for example by hiding in the bushes or crawling under a car. But as chaotic as that feels, it’s as competent as it looks. Escalation, stealth and sudden battles are expertly tied together by means of fluid animations.

Everything in this sequel serves the human aspect. No game element escapes that eye for detail. Seattle is beautiful, but completely destroyed. Each abandoned house tells its own story about the residents with its unique interior. Ellie visits abandoned offices, banks, aquariums and hospitals, and they all have their own atmosphere. Sometimes you stand in wonder for five minutes in the dressing room of a theatre; maybe at the dozens of unique costumes, maybe at the walls covered with posters of bands that have ever performed there.

There is hardly any UI to pull you out of that world. Screen info is rarely to be seen. The game inventively uses the environment to pinpoint the next target. Light, for example, shows you the way, or the sound of your next enemy. In a certain section you have to go west, and it is noted that you can follow the setting sun. It is a very natural way to play a game. Disturbing waypoints or mini-maps are a thing of the past.

For a linear game, The Last of Us: Part II offers a lot of freedom. Not just in the way you fight, but also in exploring Seattle. You do not have to enter many buildings, but if you do not want to run out of ammunition, it is worthwhile to go on a looting trip. It is not very exciting to keep opening drawers and cupboards in search of items and bullets, but that shows that Ellie needs all the tools she can get. In addition, background information or exciting battles can often be experienced in these optional areas. All that freedom also ensures that the playing time is variable, but somewhere around 20 to 25 hours is the sweet spot.

A 10 on EliteGamer does not mean perfection. The game has drawbacks. It has happened a few times that a companion got in the way. These AI-driven companions sometimes even tap you out of cover, revealing you to an enemy. The hint system can also be painful. If you get stuck, the game gives you a popup message along with a loud ding that you can get a hint if you need it. This was most common while I was spending time looting and exploring areas and there was no option to dismiss the message. Fortunately, you can completely disable that system in the settings. Furthermore, the story seems to collapse halfway, although it soon turns out that there is a good reason behind this.

All of that aside, these drawbacks are hardly noticeable at all and you might not even encounter them. All systems, environments and story elements merge seamlessly with one another. The fluid combat with which you can improvise unhindered plays out wonderfully. The eye for detail follows you throughout the game world. But in the end, it is mainly the story that makes the biggest impression. The Last of Us: Part II is a game about people, even more than other games. This game tears you up with emotional scenes, impactful moments and a grim look at what it means to be human – regardless of the background.