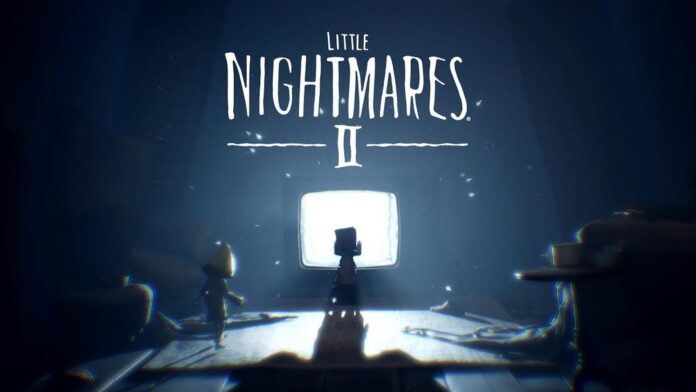 The horror genre is sometimes looked down upon. Many viewers turn their noses not only for horror films, but the games can also sometimes count on criticism. Admittedly, the most popular names in the horror street also often consist of cheap bloodshed and easy scares. Games that don’t quite fit into those categories and still stand out are special. Take Little Nightmares for example.

The first part revolved around Six, a little girl in a yellow rain suit, who woke up aboard a ship full of carnivorous monsters. Chased on the heels of monsters big and small, she managed to survive her bad dream and end up in trouble again. In Little Nightmares 2 we see Six again, but she is no longer the playable character. This time, that is the equally mysterious Mono. With a paper bag over its head, Mono is just as peculiar as its tacit predecessor.

On the run, just the two of you

There is an immediate click between the two, and it undoubtedly also helps that they are almost immediately pursued by a giant taxidermist with a shotgun. Little Nightmares 2 knows very quickly what kind of nightmare you have ended up in. At first glance, little has changed when it comes to gameplay. Mono is also not a born fighter, so flight and hide are his main achievements.

Little Nightmares 2 does much the same as its predecessor, but also introduces a lot of new things. The variation between the different chapters is much greater. The game takes you to a dark forest and a gigantic ghost town. Gameplay-wise a few things have also changed. For example, the collaboration between Six and Mono is very nice. A cooperative mode might be obvious, but the computer-controlled Six has a dual role as a guide. When you are on the run, she regularly runs ahead of you to indicate the safe route and gives – without speaking – subtle hints for solving puzzles.

More successful additions will be made later in the game. For example, the part with a flashlight in the basement of an abandoned hospital is particularly creepy and the game contains moments of genius here and there in which you can finally fight back against your attackers. Little Nightmares is such a game that you don’t really want to reveal too much about. You can bet the game has enough surprising twists to keep you on the edge of your seat.

The original already managed to generate that feeling, but in Little Nightmares 2 everything actually feels better. This is still mainly a cinematic platformer that borrows something here and there from Limbo and Inside. That is, if Momo gets caught by a monstrous school teacher, the game is over and you can try again from a nearby checkpoint. Those checkpoints are neatly placed, so you hardly ever have to play large pieces again. Also important: the loading times between each failed escape are minimal – quite a difference compared to the first game.

Even the excellent graphic style and brilliant use of light cannot compete with how terribly good this game sounds.

While this game has fewer frustrating moments than its predecessor, there are still areas that you should try again five or ten times in no time. As a result, the original tension of a chase is gone. Sometimes it is just unclear what exactly needs to be done in the heat of the battle and you are forced to try the same piece a few times over and over again.

It also doesn’t help that Little Nightmares 2 is consciously a bit vague. There is no mention of anything in the game and explanations about the controls or how new game elements work are omitted. The result is that not everything is clear, but on the other hand, the game remains mysterious.

What exactly is going on in this nightmare? Don’t expect too many answers to your questions. Little Nightmares 2 happily serves up new villains and lurid moments. No time is wasted on audio logs or diaries explaining the motivations of your nightmares. This game understands that nothing is stranger and more disturbing than monsters you don’t quite understand.

That arcane is an important part of the game, but even more important is the rock-solid audio. Creaking shelves, bumbling in another room and the squeaky sound of an antique prosthesis add so much to the scary atmosphere that it would be a lot less creepy without this element. Even the excellent graphic style and brilliant use of light cannot compete with how terribly good this game sounds.

But is Little Nightmares 2 also a good horror game? The number of scares is limited and apart from the sometimes lurid moments or oppressive atmosphere, there is nothing to worry about for the seasoned horror fan. Yet this sequel also manages to squeeze itself into a unique position. This is horror, but a bit different. Genuinely creepy, but never too scary. Easy to understand, but at the same time not completely fathomable. The first part had that too, but this sequel knows how to match that feeling with ease. It makes this game worthwhile, despite the occasional annoying moments.

Little Nightmares 2 will be available on February 11 for PC, Xbox One, PlayStation 4 and Nintendo Switch. The game will receive a free update for PlayStation 5 and Xbox Series X and S later this year.

Little Nightmares 2 surpasses its predecessor with much more variety. The locations are more varied and the creepy situations are not repeated anywhere. With better placed checkpoints and short loading times, this sequel is a lot less frustrating, but unfortunately, this nightmare cannot escape moments when it is unclear what exactly needs to be done. Fortunately, those moments do not outweigh the cast-iron atmosphere that Little Nightmares 2 creates. You don’t want to wake up from this nightmare.