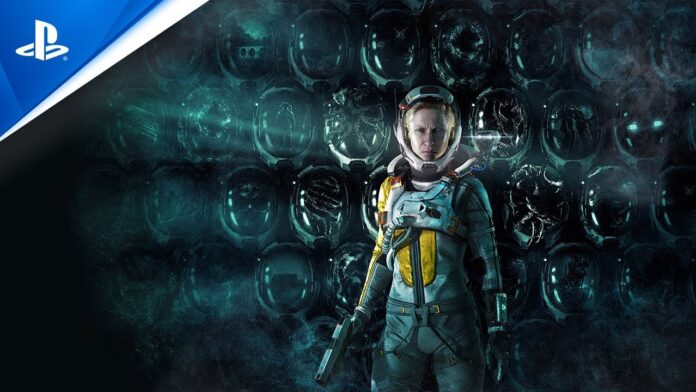 Returnal is the first PlayStation 5 exclusive game to take full advantage of the new console. Beautiful, lightning fast and fluid, but also very difficult and often frustrating. Therein lies the paradox: everyone should try Returnal, even if half probably break off quickly.

Returnal is one of the first really new exclusives PlayStation 5 games since the game console appeared in November last year. The power of the PS5 has already been shown with games like Spider-Man: Miles Morales (also for PS4) and Demon’s Souls (a beautiful remake). Returnal is the first game that seems to have been built entirely for the PS5 – it wouldn’t have worked at all on an older console.

Returnal revolves around astronaut Selene, who crashes her spaceship Helios on the apparently dead planet Atropos. As Selene, you investigate in third-person view and soon come across a gun and a corpse – Selene’s corpse. You continue and encounter aggressive space creatures, they seem to have run away from movie classic Alien. In any case, the dark, gloomy environments of Atropos are reminiscent of the designs of Alien artist H.R. Giger: rancid plants, black shiny doors, a lot of fog, drifting sand.

Over and over again

Selene shoots aliens, advances one space and eventually dies. Instantly, images of the crash on the planet are repeated and you start all over again. Most of the progress you’ve made has been lost. The game has a lot of roguelike elements: relentlessly dying and having to start over is a basic rule of the genre.

Returnal gives a nice twist to that fact by incorporating it into the story. Not only does the player start, progress and die – Selene does, and she knows it. Do you regularly come across earlier versions of Selene, or later ones? Bits of audio let you learn about Selene’s journey, while text on walls increasingly hints at other visitors to the seemingly cursed planet.

Returnal is a strange amalgamation of genres and themes. In terms of atmosphere, it is therefore reminiscent of Alien and Prometheus, the structure of the game is reminiscent of Tom Cruise’s film Edge of Tomorrow – marketing slogan ‘Live. That. Repeat’ could have been done on Returnal in no time. Meanwhile, the world changes every time you die, like in the popular Spelunky. So you have to stay alert: you never know what is hiding behind a new door. Meanwhile, touches of Metroid Prime, PT and Doom, among others, pass by.

The hand of Finnish Returnal developer Housemaque is clearly recognizable in the way the enemies attack Selene. Almost all of them fire round, luminescent projectiles, in all kinds of patterns. A hallmark of the arcade-style space games like Resogun that the developer is known for. It keeps the gameplay challenging, interesting, fresh and new enough to keep going after each defeat.

Even if you lose your weapons and progress, you get to know the enemies themselves better and better. What was intimidating at first, becomes easier after some practice, frustration and some more trying again. In other words, less difficult. Because Returnal is very spicy, and certainly not for everyone.

Saving is not included

Fortunately, you don’t always have to play for at least half an hour to feel strong. Shoot some enemies without getting hit, and your adrenaline will rise. With each step you become more powerful, making Returnal’s challenge layered. The longer you last in a life, the stronger you become, your arsenal grows, but the stress also increases: not dying, but also not shutting down.

The game does not have a save option. So starting another game is not an option. You can, however, put the PS5 in standby, to continue later. In addition, defeating the bosses in the six worlds of Returnal counts as a rest point. The key the boss drops provides access to more parts of the game, and Selene keeps the key even if she dies.

This is where the power of the PS5 comes into play. First, Returnal has practically no loading times. When you die, after a few flickering horror images, you’re back next to your spaceship – that invites play on. And even within levels there is no loading: you shoot effortlessly from room to room, and even teleporting from one side of the level to the other goes without interruption. That’s more important than it might seem: it takes a while to get into the groove of the game in Returnal, and you don’t want to be taken out by anything or anyone.

That is why the second point is also nice: Despite its equally beautiful and lurid graphics, Returnal runs very tight at 60 frames per second. The game doesn’t stutter anywhere – if a hail of bullets kills you, it can really only be your fault.

The innovative DualSense controller from the PlayStation 5 also comes into its own in Returnal. You can feel raindrops bouncing on your hands through the controller, you can feel large enemies approaching, the pistols and rifles all feel different. And the tractors are also used innovatively. Push the left trigger and Selene will aim her gun more accurately. Halfway through the push, the trigger gets heavier: push further and the weapon launches its alternate attack. That immediately feels good, innovative but familiar, and means that you have even more actions under your fingers to survive the lightning fast barrage.

3D sound is also fully exploited in Returnal. You can hear the environment around you via the wireless Pulse 3D headphones from Sony or other headphones via USB or mini-jack. This is tiring at first, when the alien planet is still new and intimidating the enemies. It will come in handy later on: the PlayStation 5 really lets you know where enemies are, so you almost instinctively know to turn around.

As a total package, Returnal is without a doubt impressive. Technically, the bar is high and the game shows what all the tricks of the PS5 are actually good for. The result is a frustratingly challenging game, which is constantly fun/not/yes/dislikes. Returnal is a must with a lot of caveats, and with that the game is almost at odds with most other PlayStation exclusive games, which are just as beautiful but often more forgiving.

This repeats the paradox: Returnal not only sometimes feels impossible while playing, it also already feels like a game that shouldn’t exist – in a positive sense. This is a niche game with an AAA budget, an almost unique rarity. Those who like to play games on the edge of their seat have found the first real next-gen game of this generation with Returnal.

Returnal will be released on April 30 for the PlayStation 5 and costs 79.99 euros.