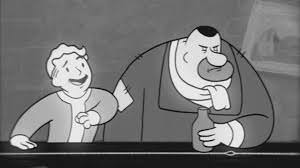 Bethesda has released its next ‘educational’ video. The series of videos, courtesy of Vault-Tec, explain the seven attributes of a vault dweller, S.P.E.C.I.A.L. (Strength, Perception, Endurance, Charisma, Intelligence, Agility, Luck).

The fourth video in a series of seven is about Charisma. The video which helps dwellers survive this post-apocalyptic world explains why charisma is important. Charisma can be used to charm people, to negotiate and to convince others to do your bidding.

Previous videos have focused on the Strength, Perception and Endurance. Next week’s video will focus on Intelligence. Two more videos will follow in the weeks after.

Fallout 4 will be released on November 10 for XBox One, PlayStation 4 and PC.