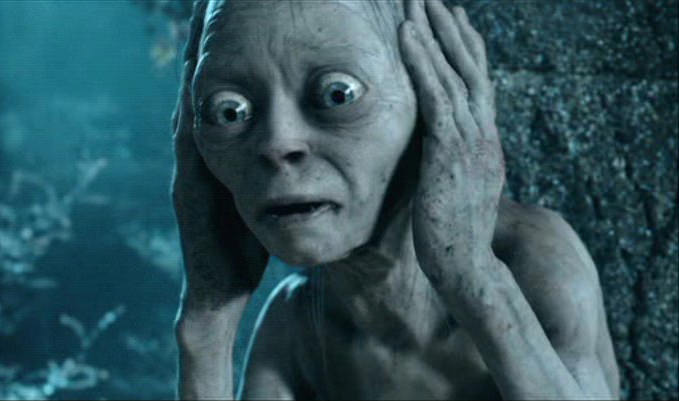 With the release of Sam Smith’s “Writing’s On The Wall” as the 24th James Bond theme for the upcoming Spectre movie, many online have been split down the middle in regards to it. Some have called it a masterpiece, some have called it utter dross. I tend to lean towards the ‘Jesus wept this is absolute arse, I hate Sam Smith and his miserable face’…crowd. For me, it lacks the oomph of a James Bond theme and the lyrics are straight out of ‘My Little Book of Rhyming’ – “I’m prepared for this, I never shoot to miss”. Yes, all twenty minutes writing that well spent Sam me auld son. It’s a shame that the theme is just so whiny, especially following in the footsteps of Adele’s Oscar winning “Skyfall”. So, it got me to thinking. In this two part feature, we here at Elite Gamer take a special look at the influence a song can have in a movie. Some songs have been so good that they have gone on to outshine the movie they played a part in. Some, however, have been so Gawd awful that they have made us want to curl up in a ball and have a wee cry at the state of the music industry. Now, before we go any further, I’m going to try an avoid certain well known music travesties, so no My Heart Will Go On or I Will Always Love You as they’ve been done to death and no one needs to hear them again. So, don’t say I didn’t warn you as we descend into ninth circle of hell where 10 of the Worst Movie Songs of all Time can be found…

A wicky, wicky wile, wicky wile, wicky wick, WHAT THE HELL!? First on our list is the terrible song from the terrible movie which damn near destroyed Will Smith’s big screen career. The most annoying thing about this song is that it was absolutely everywhere back in 1999 even though everyone knew it was an absolute stinker. Everything about the Wild Wild West was a failure. It flopped at the box office,landed Warner Bros. in a lengthy two year court battle (which they lost) and managed to win 8 of the 12 Golden Raspberry Awards, including ‘Worst Original Song’. I suppose all is not lost, Eric Cartman did manage to do a far better version…

[youtube http://www.youtube.com/watch?v=cRTJ2xVr0PA&w=420&h=315]
Aww Ben. Chances are you’ve heard this countless of times, last dance with your crush at the Parish disco, your granny’s favourite little song to hum along to. Innocent times. Well, many don’t know that it’s actually taken from the 1972 horror flick of the same name in which a young boy befriends a rat, whose of rat colony goes about killing people. Yep, it’s a love song about a boy and his murderous rat. Classic Jackson.

Speaking of rats, Pit ‘with his face like a rat squashed into a test tube’ Bull makes an appearance next. There’s not much to say about this entry, other than it’s produced as if four separate songs were being recorded all at once. Oddly enough, this song has become rather popular at wedding receptions…because when you think of love, you think of Pitbull. Apparently. Now be a dear and get the Neuralyzer.

Quite possibly the only memorable thing about Keys and White’s effort is the kerfuffle they tried to stir up when Coca-Cola ‘accidentally’ released the song early for their Coke Zero advert campaign.  White even went as far as to say he was “disappointed by Coca-Cola”, aww musha now Jack. What is surprising about our Number 7 entry is just how half-hearted it feels, especially when you consider that both White and Keys co-wrote it at the peak of their careers.

“WHAT?”, I hear you quietly whisper at your screen,  “But this is a classic!”. No, don’t even start. Forget Jimmy Page, forget ‘Kashmir’ and forget the parts where Diddy says “uh-huh, yeah” (which he says 33 times) and you are left with useless garble. I actually had a conversation with a guy a few years back where he tried to argue that this was superior to the original release of ‘Kashmir’. Needless to say, they never found the body.

When it was released way back when in 2002, ‘Die Another Day’ met the usual media frenzy when Madonna releases a single. “She’s done it again, it’s edgy, she’s re-re-re-invented herself”. All of it absolute nonsense of course. However, there was a loud vocal outcry against Madge’s effort, especially when it was revealed it had cost MGM a rumoured $1 million to get the so-called Queen of Pop onboard. Overproduced, banal, repetitive and dull as dishwater.

Incredibly this….thing, peaked at Number 2 in the Irish and UK charts and even grabbed the Number 1 spot in the United States, giving Prince his first Number 1 hit in three years since the release of ‘Kiss’. A bizarre mishmash of two songs,  both of which have little to no lyrics, is just odd. I really can’t find the words to describe whatever it is that this is meant to be. However, it does have a rather funky Donkey Kong Country style intro.

“D’you know who I miss, Vanilla Ice” said no one ever. Even by 1991 people were sick to death of Vanilla Ice and his repetitive use of stringing two words into an entire chorus, “Go Ninja Go” clocks up at an impressive 32 times and that’s not even including “go,go,go,go”. Truly the greatest artiste of our generation. But the best thing about this song is the write up that Select Magazine’s Adam Hickenbottom gave it: “[TMNT Soundtrack] is descpicable. Every kind of dance music has been hijacked and sodomised into submission until it becomes anodyne and trite enough to accompany the quietest of children’s parties.” Ouch.

Remember the scene in Anchorman where Brick starts naming out random things around the office that he loves, this is the musical equivalent.  It’s as if Cooper just looked out the window and starting jotting things down in a desperate attempt to make something, anything rhyme. The 1980’s synth machine is turned all the way up to 11 in this corny, clichéd song.

God damn Nickelback. There was a time, a dark time, when they seemed to be everywhere. Nothing encompasses their Blitzkrieg on the music industry more than this pile of spiderwebs. Now, although Hero doesn’t feature Nickelback as a whole, it does have lead singer Kroeger drone on in what is essentially your bog standard Nickelback ballad.  But as bad as the song is, it’s the self-righteous gurning towards the heavens that Josey Scott that still gets on my nerves to this day. The complete arse.

Well there we have it folks, ten diabolically bad movie songs. If you’ve managed to make it this far, I apologise and vow to never put you through such pain again (for this week at least). Be sure to check back later on in the week where we cleanse ourselves of the worst and embrace the comforting bosom which is 10 of the Greatest Movie Songs of all Time.