Who can remember the last time they were completely floored by a soundtrack?
What a wonderful feeling and exceptional power music has in the world of entertainment. With that in mind, here are some ideas for what I feel to be the best video game soundtracks.

What a game, what a soundtrack. One of the absolute joys of Vice City was cruising around in a ridiculous car and listening to the radio. Perhaps there were games with interactive radio stations before Rockstar perfected it. An eclectic mix that ranged from The Human League to Twisted Sister, from Toto to Megadeath.
I discovered so much great music by playing this game that it deserves its place on this list. A particular favourite was Obsession, by Animotion, which I heard in the night club. Love at first listen.

Soundtrack from another world.

One of the first games I got for the PS 1 was called Legacy of Kain: Soul Reaver. Little did I know this was going to be the game to change my whole virtual experience. Compelling narrative and characters aside, it was the music that grabbed right from the opening. A track called Ozar Midrashim by Kurt Harland grabs you by the throat and throws you into the abyss alongside Raziel. It made the spine tingle as I sensed I was on the verge of something epic, and the promise was made good. The soundtrack is stellar, each piece perfectly complimenting the world and its characters.  Soul Reaver OST holds a special place in gaming history.

Kratos’ rampage against, well, everybody, is now the stuff of console legends. The soundtrack was just as epic as the belligerent protagonist. Intricate, orchestral arrangements with recurring themes, full choral chants with deep bass notes adding to a sense of antiquity. It brought to mind Basil Poledouris’ sweeping score for Conan the Barbarian in its vaulting ambition. The music really pulsed with the action reaching incredible heights. Most notably a track called Pursuing Destiny from God of War 2. An emotional companion to exploring the frozen wastelands in search of Prometheus. There was also a fantastic piece in God of War 3 called Rage of Sparta, it plays while Kratos is brutalising Poseidon. Never have music and action melded so well together.

The Witcher was one of those games that threatened to take over my life. I went in blind, not having played the first two. The world was so incredibly immersive for so many reasons but it was the music that felt so otherworldly. It genuinely felt like I was listening to the musicians of Skellige or Novigrad. My favourite moment was Geralt’s first meeting with the Crones of Crookbag Bog. The ominous and tense dissonance of the violins (possibly) adds an undeniable menace to the encounter and remains, for me, a stand-out moment in recent gaming history.

DMC’s reboot was not received gladly by everyone but I loved it. A rip-roaring action game with a stomping soundtrack. Combichrist’s incredible mix of synths, guitars and violent beats provide the perfect backing track for Dante’s stylish array of moves and ever growing power.  Dutch electronic trio, Noisia bring pulsating electro. Stand out moments here come when Dante reaches Lilith’s club and she throws everything at you in front of everyone in the nightclub. Noisia do an incredible job here, the music retreats and surges at the perfect moments, adding a gladiatorial element to the incredible odds Dante faces. WTF is wrong with you, by Combichrist plays during the boss fight of this level. The title says it all. 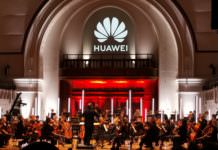 Schubert’s ‘Unfinished Symphony’ Finished with the Help of AI 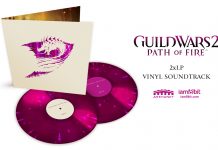