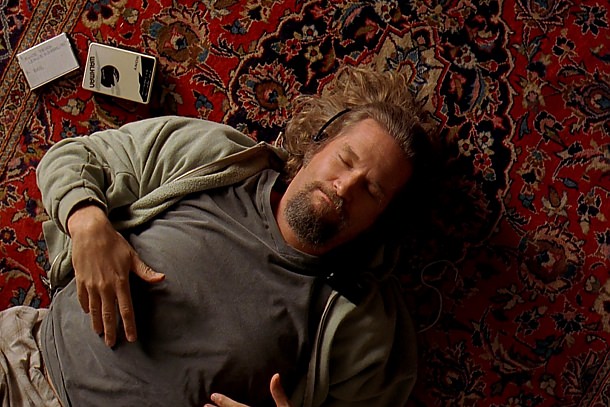 Last week, we here on Elite Gamer discussed some of the worst, now I mean the very worst songs to accompany a movie. From Bat Dance to *spit* Nickelback, there wasn’t a single redeeming song to be found. However, for those of you who made it through it, I promised to redeem myself and bring to you some of the catchiest, memorable and down right awesome songs to grace the big screen. Has your favourite made it? I doubt it, you’ve got shocking taste to be honest. So, sit back, grab your headphones and hold hands with your lover as we voyage yonder into The Greatest Movie Songs of all Time…

Probably the most powerful song on our list, The Boss is at his finest here. Oddly enough, the single didn’t fare as well over in the States as it did on this side of the water. Topping the charts here, Germany and Norway (there’s a weird mix), Streets of Philadelphia won four Grammy Awards along with an Academy Award for Best Original Song.

Having appeared in our Worst series, Big Willie (get your mind out of the gutter) makes a welcome appearance on our Best series. Will Smith was absolutely everywhere in 1997 and although the vast majority of his music catalogue is dire pish, Men In Black is arguably his best and most memorable track, even landing him a Grammy for Best Rap Solo Performance. It also just so happens to be the only good thing about the Men In Black soundtrack, which it’s safe to say no one has ever bought.

To be honest with you, I very nearly didn’t include this. It was a coin toss between this and “The World Is Not Enough” by Garbage. What swung it eventually was the fact that Skyfall is the better song, has won an Oscar and my list was becoming very 90’s heavy (and only 90’s kids remember the 90’s). Adele’s performance was a return to form for the Bond franchise after the abysmal effort of 2008’s “Another Way To Die” by Jack White and Alicia Keys (which just so happened to appear in our Worst list). The song is booming, brassy and more importantly feels like a James Bond song. The only downside to it is the rather bland video to accompany it. It’s the kind of video you see dotted about YouTube with the title “ExClUsIvE x*LYRICS*x video SKYFA11” which is in stark contrast to our next entry…

You there, stop groaning in the back! Yes, U2 may not be to everyone’s taste but there’s no denying just how great this song and video are. Batman Forever was the rather disappointing follow-up to Batman Returns, which dumped on all the foundation work the previous two movies had done. Gone was Billy Dee Williams as Harvey Dent to be replaced by Tommy Lee Jones, who decided to play Two-Face as Jack Nicholson did The Joker for some strange reason. However, the saving grace for Batman Forever was its rather stellar soundtrack, highlighted by U2 during their (in my opinion) creative peak. Great song, even better video.

Highway to da’ Danja Zooone. More 80’s than Kylie’s perm, Danger Zone makes you want to don your Aviators, hop into a fighter jet whilst playing beachball with your wingman.

The crowning achievement of disco, Stayin’ Alive strikes a chord with just about anyone and everyone. Whether you’re a brother or whether you’re a mother, you can’t help but strut when you hear the Bee Gees’ testicle grabbing high pitched falsetto. Such was the impact of the song, Stayin’ Alive would go on to place 189th on Rolling Stones 500 Greatest Songs of all Time. Not only that, but the Gibbs squealing would also assist Vinnie Jones in helping to save lives…

“WHAT? No Ray Parker Jr., NO RUDDY GHOSTBUSTERS!?!”. The simple fact of the matter is this is the better song. Yes, Ghostbusters is catchy. But, you’re not exactly going to turn the radio up when it comes on. Instead, Bobby Brown is the better of the two simply because he doesn’t bang on about The Ghostbusters for four minutes. Besides, On Our Own is just about the only good thing about Ghostbusters II.

The one song that has the power to instantly turn anyone “soft lad” into the hardiest man in the country. The only Oscar nomination that Rocky III received, it also just so happens to be the only song that just about everyone knows the lyrics to. There’s no denying the massive impact Eye of the Tiger has had on pop culture. Dubbed the greatest pump up song of all time, it has been covered and parodied countless of times and is also one of the most successful singles of all time.

The perfect ‘just got my haircut’ song to strut to, Shaft’s theme would lead Isaac Hayes on to become the first ever African-American to win an Oscar, in an non-acting role, for Best Original Song. Just like the above-mentioned Eye of the Tiger, Shaft has been parodied and covered by just about everyone from the Ukulele Orchestra of Great Britain to Sammy Davis Jr, the less said about the latter the better. For me, the best cover of the song comes from the folk over at Sky One. In a time before the well-meaning but flawed XLEAGUE.TV, or even the infuriatingly bad Gamezville, video games had their own TV shows. We all remember Gamesmaster, but not many recall Games World which I always preferred, mainly due to the hilarious Bob Mills, the ‘what are these confusing thoughts and feelings’ a young 8-year-old me experienced whenever The Games Mistress appeared. But it was the spin-off series of Big Boy Barry that perfected Shaft on a completely different level.

Back before Prince was an utter pain in the backside and pulled all his content from Spotify and YouTube, he was a rather talented and well liked artist. Having already made an appearance on our Worst series, like many on our list, the wee man in the pointy shoes has redeemed himself by with the iconic Purple Rain. Although the movie of the same name is clichéd and has a story which is paper thin, Purple Rain is what many consider to be Prince’s greatest ever song and who am I to disagree.

There we have it, the second and far less painful entry in Elite Gamers Best/Worst series. Got a recommendation, want us to suffer through your own Best/Worst series than be sure to get in contact. Until then, I’ll be bathing in the Purple Rain with Goose.