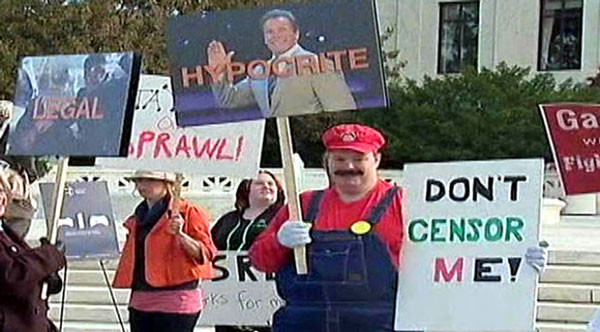 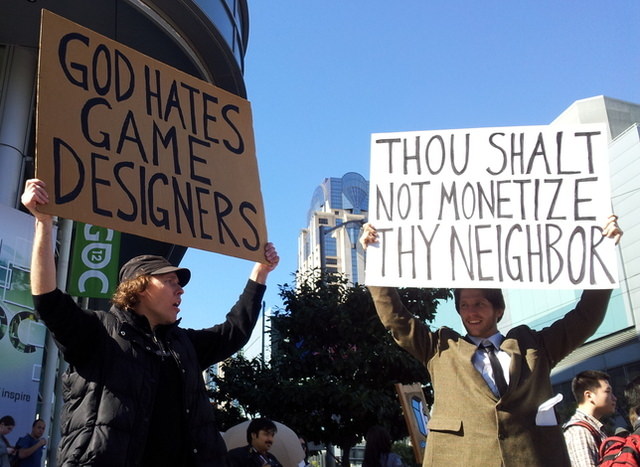 Video games and the people who play them are never far from controversy. Moral panics ranging from school shootings, to stunted development, to misogyny, murder, crime and even Satan’s evil influence on the souls of the young have dogged our hobby since I can remember. I think it’s unlikely that it’ll stop any time soon.

Right now, even in the aftermath of GamerGate and the recent announcement that a movie about Zoe Quinn is in the works, things are surprisingly quiet (though I highly doubt that film has anything nice to say about “misogynerds”). But it’s only a matter of time before someone, be it the NRA or some sort of hipster Mary Whitehouse, kicks up a big stink about games being evil…..again.

Not that video games and their players haven’t warranted some criticism now and again; it’s hard to defend the artistic integrity of Manhunt 2 and Eric Harris did say “it’s gonna be like fuckin’ Doom“. If you’re an avid gamer though, you’ve surely had to defend the medium in a debate at least once, with difficulty.

It’s mostly a generational thing; the previously referenced nanny censors thought gory horror VHS would turn Britain into a land of Leatherfaces, rock and roll was the Devil’s music and the Nazis weren’t fans of cubism. They were just too old to get it.

So, when I came across a copy of an Evangelical parenting manual from 1991 in the basement of the worst English bookshop in Madrid, morbid curiosity (and the fact it was only 50c, being second hand) drove it into my hands. Looking at it as a cultural artefact of the kind of people who ran “Jesus Camp”, I found it reads much better when you listen to the Omen soundtrack. 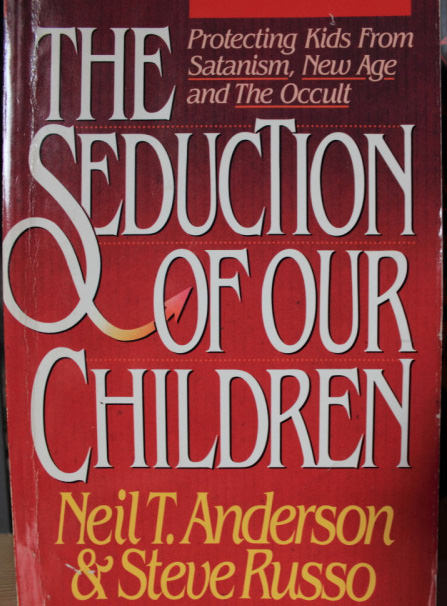 Now I’m not one of those gawking atheist crusaders that guffaws “checkmate religion” before tipping their own species of funny hat, but you have to admit that American (tel)evangelism is a bewildering sight to behold from the outside. There’s a certain brand of bonkers you’ll only find in a megachurch, and sometimes they write books. Terrible books.

Consider this a bit of show and tell to offer a perspective people younger than 30 might not have. While this particular book is more concerned with the spread of mystical thinking, I want you to look at your game collection and think on how many fall under that category. And how many that don’t, because militant violence as A-OK for God Warriors.Also, let me warn you now, what’s to follow may corrupt your soul with the unfiltered, Satanic evil it exudes. If you go mad from the following screenshots, I accept no responsibility.

Computer/video game mania has captured our children even down to preschool ages. Electronic game manufacturers are making millions of dollars from various computer/video games that subtly lure kids into the kingdom of darkness. Here are a few examples of games dabbling in occult themes and what the manufacturers say about them.

Hero’s Quest I. “Create your own character from the ground up and venture forth into a world of magic. Become a mysterious magician, a fierce fighter, or a wily thief”

Hero’s Quest III. “Can you escape the bondage of the evil wizard Mannanan? …Learn to use magic…but don’t get caught….Find the amazing truth to your real identity”

Phantasie. “When sorcery rule and trolls still walked the earth”

Phatansie III: The Wrath of Mikademus. “This game boasts many new features including more potent spells, weapons, and character skills.”

So far so mundane. I don’t think many people have played those games to begin with. But now we hit the big guns.

The Secret of the Silver Blade and Dragon Strike

. Even Dungeons and Dragons has capitalized on the popularity of computer games with the two advanced versions. 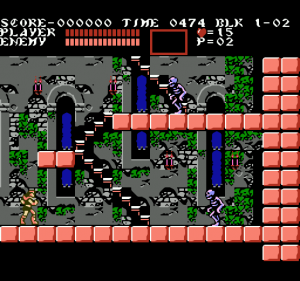 In Castlevania III: Dracula’s Curse, the player becomes Trevor Belmont, youthful hero and originator of the Belmont Warlord line. The Instructions read: “Your task is to foil the schemes of the Middle Ages’ ultimate evil, Count Dracula. You will not be alone in the your quest to conquer the Count. Along the way, you’ll encounter three companion spirits, each with special abilities, which you can enlist as your allies. Choose wisely the spirit you take along, for you can only have one accompany you at a time in your journey.

Altered Beast. Here is a description of this game fr 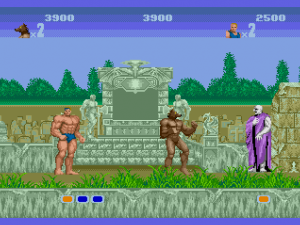 om the Genesis Video Entertainment System: “Imagine being awakened from the grave to single-handedly defeat an entire horde of creatures from the Underworld….But you will not descend into the dark world alone. With you goes the mythical power of the Altered Beast.”

Games like these are more than just entertainment. They entice kids through the attraction of supernatural powers of magic and sorcery and become doorways for a child’s first steps into Satanism, the occult and New Age. We’re not saying that all computer/video games are satanic. But you need to screen the games you allow in your home and weed out any that could tantalize your children to the dark side.

The idea that these innocent fantasy games are of any hazard to the moral fabric of society is more deluded than any apparent lies Satan whispers into children’s ears at night. I read the entire book and the scant section on video games is relatively lighter than the rest. Just imagine for a moment that your parents took, say, Zelda: The Ocarina of Time from you because they were afraid of what it would do to you. Imagine them shunning your friends who didn’t have parents like that and bringing you up to fear them. Imagine having an exorcism performed on you as a teenager because you were going through a goth phase. 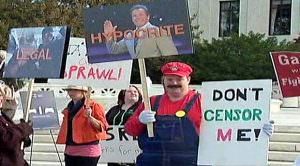 this a viewpoint that is both anti-science and anti-magic (because there has to be some level of magic in religion somewhere), but that’s a discussion for another time. What I want to point out here is that whenever a video game controversy rears it’s head, it often comes from people who project their fears onto a medium they don’t engage with or understand.

If you have ever looked at agenda-free studies on games you’ll know this. There is no correlation between supposed “rising violence” or “moral degeneracy” and video games, and popular papers that have claimed otherwise have been proven pseudoscience. Yet time and again some group will cry foul and label games as cultural black holes, and the stereotypical gamer folk devil will be paraded around as a target for scorn, or eggs if there’s any at hand.

Without even getting into a “games are art” argument, depriving people of a medium or over-policing the creatives who utilize it, is foolish. There’s space for debate inside the community and gamers are obviously not a homogeneous mass of b-movie zombies. There’s criticism to be had on individual games or trends or whatever, but when it becomes this kind of medium-wide criticism and every game and player is painted with big black and white brush, it can only reflect the person doing the painting. 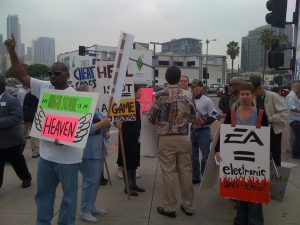 There is no way you can engage with a community by taking a stance like that. While our above authors point out that they’re “not saying that all computer/video games are satanic”, he is tarring all things fantasy, even media so soft it’s aimed at children. But most importantly, they’re enforcing censorship rather than engagement and that is not the same as being critical.

I think that’s a good rule of thumb for when these controversies happen; is the “morally concerned” party saying we should ban or censor games? If the answer is “yes” then they’re most likely in the wrong.

Being second hand, that book was filled with underlined paragraphs, handwritten notes and references to passages in the New King James Bible. Every time I’d begin to laugh in exasperation, I’d hit first-hand evidence of what looked to me like child abuse, and a weight would drop. I’m someone who likes gothic fiction and occult related material, and I can understand why a sensitive parent would want to keep their children from that. But when it gets to the point were they can’t play Dungeons & Dragons, or watch cartoons with fantasy stylings, that’s a household that runs on genuine fearmongering. As someone who was brought up with Catholic concepts of sin and damned souls scaring me shitless as a child, I can only imagine what it’s like to be victim to this kind of overbearing mania.

I would rather see less of it. I bristle at anyone who tells me that my hobby, which I’ve enjoyed since I was a kid, is a corrupting influence. The idea that I can’t engage with something critically with independent thoughts simply because they apparently can’t, is not something any sort of authority should be saying. Me playing Grand Theft Auto doesn’t mean I’m a woman-hating school shooter waiting to happen. Hell, I’ve even fished up a Neo-Nazi propaganda game to see what that was like (and for the record, it was deep fried shite) and while I could turn a blind eye if that was censored, I’ve yet to shave my head bald and tattoo a swastika on my chest.

You know why? Because video games aren’t evil. They’re not Pied Pipers, not to children and not to adults. They’re no perfect and there’s issues to be hashed out, but calling for censorship when controversy resurfaces won’t ever work. Let’s all become rational, level headed adults about it. There are bigger issues in the world, so can we at least make sure we get this one right?