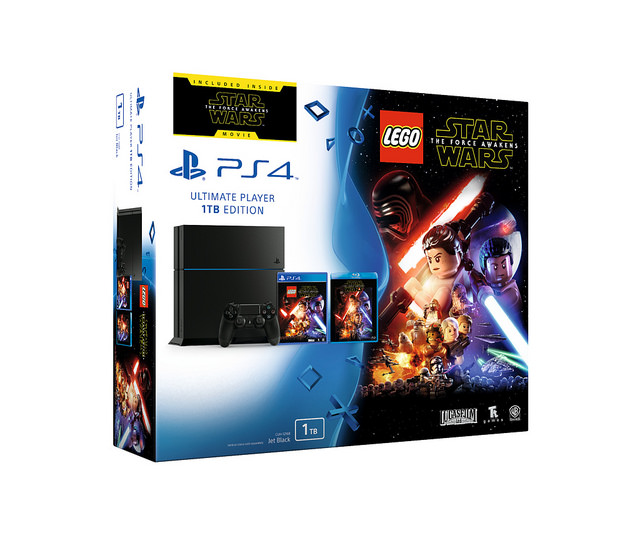 On the heels of a new trailer released earlier today (above), Warner Bros and Sony have announced a new PS4 bundle for LEGO Star Wars The Force Awakens.

The bundle comes with a blu-ray copy of The Force Awakens film, as well as a copy of the game and 1TB console. No price was given but it will most likely cost around {400 as the other bundles have cost. North American players will unfortunately miss out as the bundle will only be available in Europe. Those who pre-order the C3PO themed, gold cover Digital Deluxe Edition will also receive early access to The Empire Strikes Back character pack, which is also exclusive to PS4.

You can also see in the trailer above the Harrison Ford, Carrie Fisher and other actors from the film recorded brand new dialogue specifically for its exclusive missions not seen in the film.