It’s been an extremely long time since I’ve experienced the simplistic bliss that’s garnered from a masterfully crafted game. Last night I finally found the time to download and play the new Yooka-Laylee Toy box Pre-Alpha demo that was released a few days ago. It was available exclusively to backers of the Kickstarter but I can’t imagine that the good folks over at Playtonic Games won’t be releasing it to the public soon, across all platforms.

It’s very difficult for me to try and muster up the appropriate string of words to adequately describe how happy I am that this game exists. Rare is responsible for some of the greatest memories of my childhood as well as those of many others across the globe. Banjo-Kazooie is arguably one of the greatest adventure games ever created and still holds up well by today’s standards. 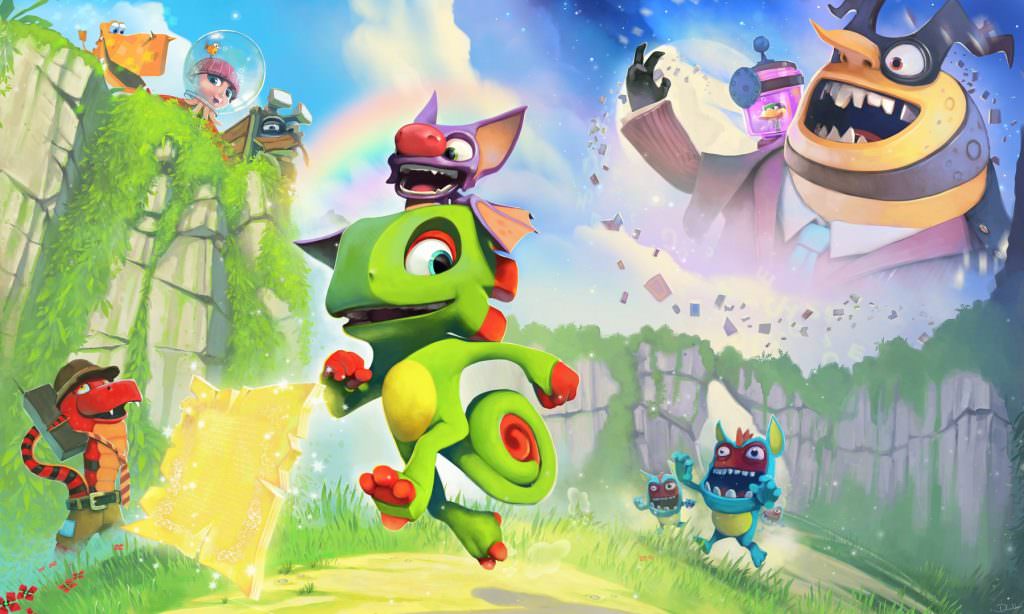 Right from the splash screen you can already tell that this Yooka-Laylee is going to be an amazing demo. You start off in a large green room where some funky robot tells you the basics of movement. After a simple butt pound tutorial, the world literally opens up before your eyes. 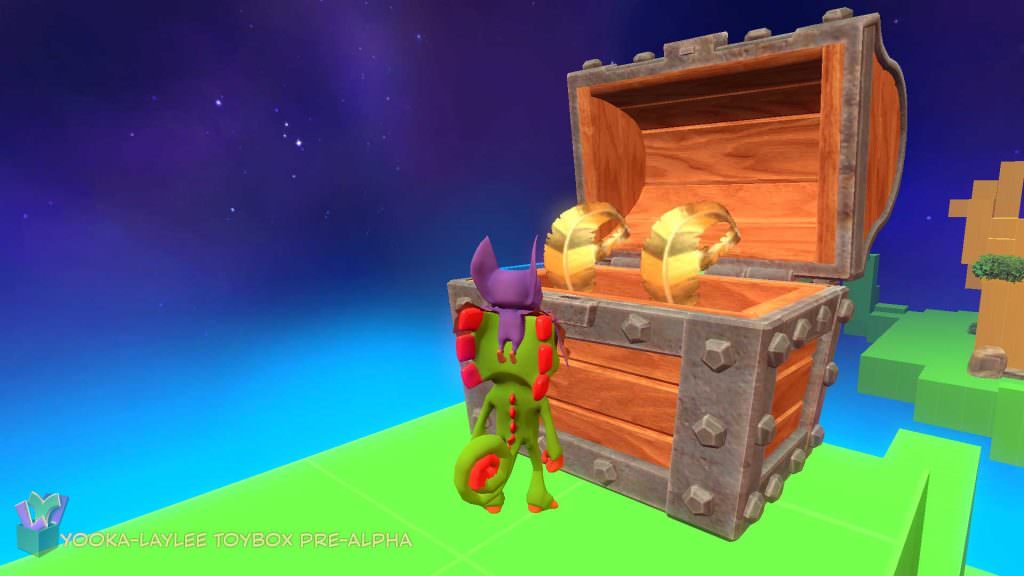 At this point, your objective is simple, collect quills and have fun. The characters control exactly how you’d expect, smooth and fluid just like the good old days. the controls are almost spot on with Banjo-Kazooie. You can Jump, Pound, Roll-dash to climb steep inclines and do a silly little spin attack. The only thing that seems to be missing is the weird little mid-Air attack. Then again this is a pre-alpha game and should be treated as such.

The fact that it’s an alpha should not deter anyone from checking it out, though. The graphics are simply mind-melting at this point and it makes me that much more excited for the final product. It should also be noted that this is not a typical demo as there is really no objective outside of collecting the quills. The term toy box is quite literal here because that’s exactly what this is, a massive toy box.

Its true purpose is to introduce you to the different elements of the game such as combat, platforming, and rudimentary puzzle solving. I literally can’t do this demo justice with the written word, so look forward to a gameplay video where I will show you where to find all the Quills and the secret area.