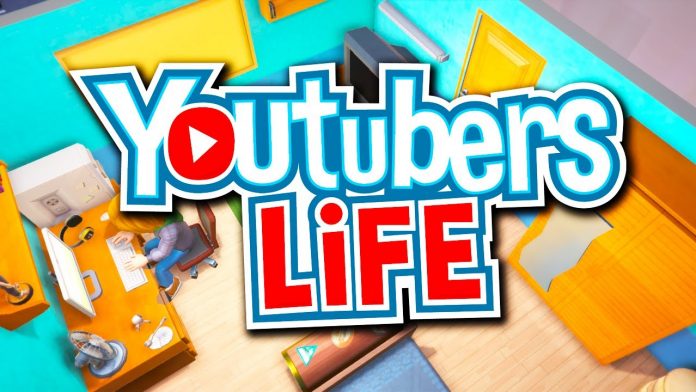 Recently I got the chance to talk to Quim Garrigós, the Director of U-Play Online’s hit game YouTubers Life. I thought I would take the opportunity to ask him about his experience in the industry. He’s a really great guy and was more than happy to answer my questions and tell us about himself and the game they’ve created. Enough about what you’re going to be reading though, you saw the link, you know why you’re here. So get to it and enjoy the interview. 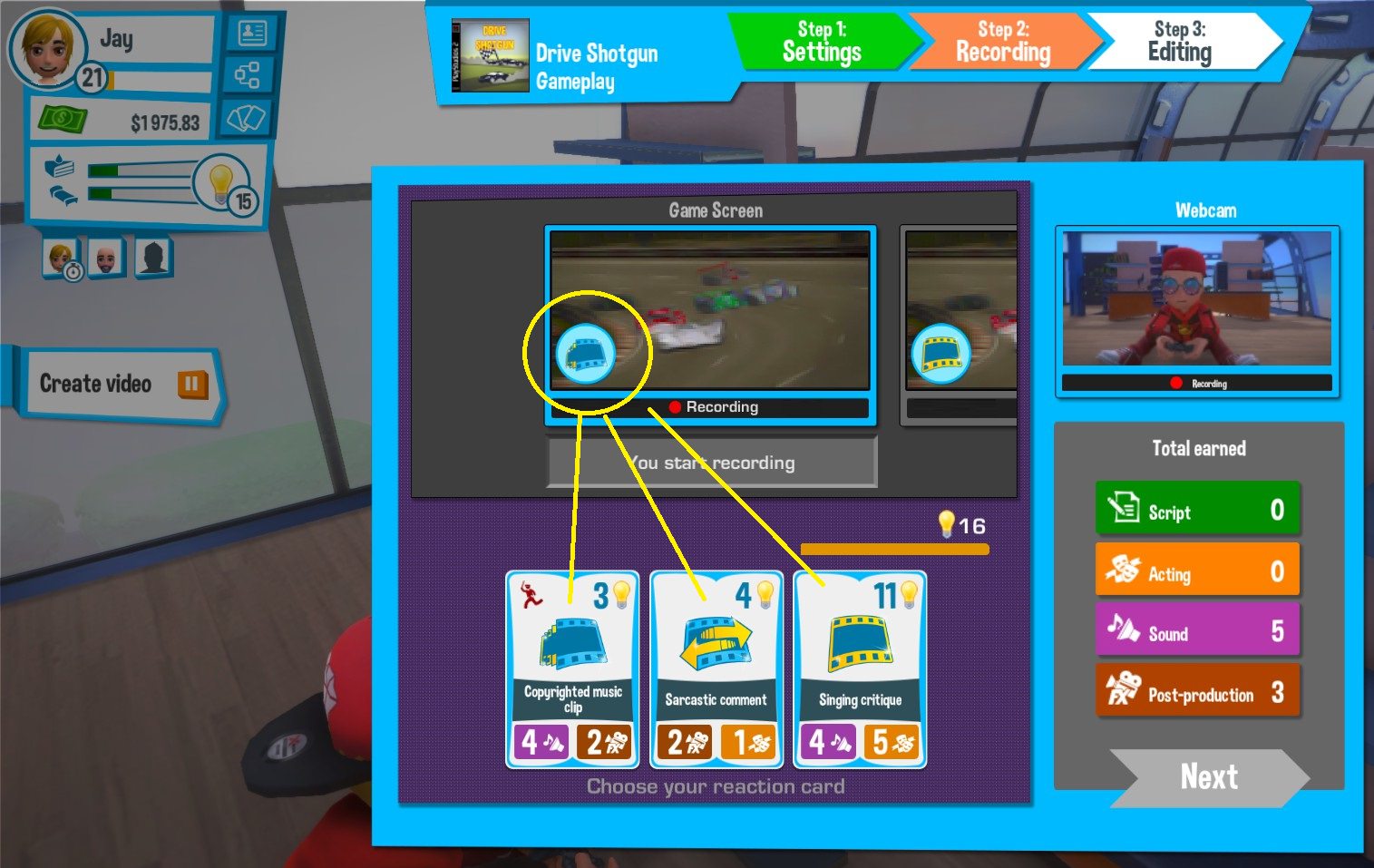 A lot of fans on Twitter and other social media outlets have been raving about this game and reviews have been overwhelmingly positive. Were you expecting this level of success from an Indie title considering the recent influx of independently produced games out there?

Obviously not. We knew that some youtubers were interested in the game and the campaign on Greenlight went very well. However, our social networks didn’t show any serious interest months after being greenlit. Apart from that, gameplay is somehow different to conventional so we were unsure whether this would end up being appreciated. But once the game was released, youtubers from all over the globe reacted impressively! They have made loads of videos and everybody is enjoying the game! And it’s still in Early Access!

This is a very specific take on the life simulator / resource management genre. What were your biggest influences from conception through to the early access release?

During the game conception, our main reference was the mythical Game Dev Tycoon but it was clear that simulating the life of a youtuber was uncomparable with developing a game. Focusing ourselves on that game would have been a mistake. On the contrary, we gradually moved away from it and our game gained its own personality. Actually, there was a time when mentioning the name “Game Dev Tycoon” was forbidden in the office!

How involved is your development team with the community In regards to feedback and suggestions for future updates?

One of the reasons to launch the game on Early Access was actually to validate our concept of gameplay with the Community. Now it has been shown that we are doing the right thing! Therefore, we are currently focused on fixing bugs and stabilising the game. In short, we will start publishing surveys which will help us decide the way most of the pending content should work.

Your team has clearly done their research for this title. Did you work closely with high profile YouTubers and if so can you share that information with us? If not, how did you conduct research for the game?

We had previously worked with some of the most important Spanish-speaking youtubers in the world, so we knew each other quite well. Their feedback about the game and their impressions about their job have been very helpful during the game design.

When I first played the game I spent about thirteen hours with the game in one sitting. How were you all able to make a simulator game so addictive using a concept that has already been done to death by one of the most successful franchises of all time?

Honestly speaking, I don’t know! This is probably something that most great sim games have. If a sim game is able to make the player immerse in its world, it comes to be highly addictive. We’ve seen it before in other titles, I remember when I first played Sim City in my old Spectrum. I spent all night long dreaming of making a better city! Other examples are The Sims saga and Game Dev Tycoon…

The largest appeal of this game is the desire so many young people have to become YouTube famous and you’ve done a fantastic job at replicating that experience. From viewer’s Harassing your every video to random spikes in certain games popularity. Would you agree that this game could be viewed as a cautionary tale of the challenges that a new youtube channel would face?

Some criticism has pointed that the game is not very realistic because in real life there are very little chances of becoming a millionaire youtuber. And that’s true! But we can’t forget that this is a game and there would be no fun if we replicated this difficulty. In any case, you can find a lot of situations which every youtuber shares: parents shouting out for staying late at night, hard beginnings, being independent for the first time and getting enough income to avoid spending your free time working in another job.

How much time did the game spend in production and was there ever a time you feared it would never reach completion?

We have developed and published more than 30 games so far and this has been our greatest challenge. We started developing the game at the beginning of 2015 and pre-production phase was finished in June. By then we already had charming visuals! What we were worried about was making a game fun to play with. It took a lot of time to reach that level of satisfaction -some programmers are still hating me!

Shifting gears here, I’d like to know more about the man behind this amazing game.

You’ve been in game development nearly two decades at this point, is this your first time as director for a project and if so, did you find it difficult to settle into the position, having worked as a programmer in the past?

I haven’t spent two decades developing games as a way of living. I have just spent my last 12 doing so! However, I must admit that I have developed games  since I learnt my first programming language and this happened 30 years ago… I have worked as Development Director in almost every project at U-Play online. However, it’s been in the last two years that the team started to grow. It’s a matter of fact that Youtubers Life is the project for which we needed a larger team. 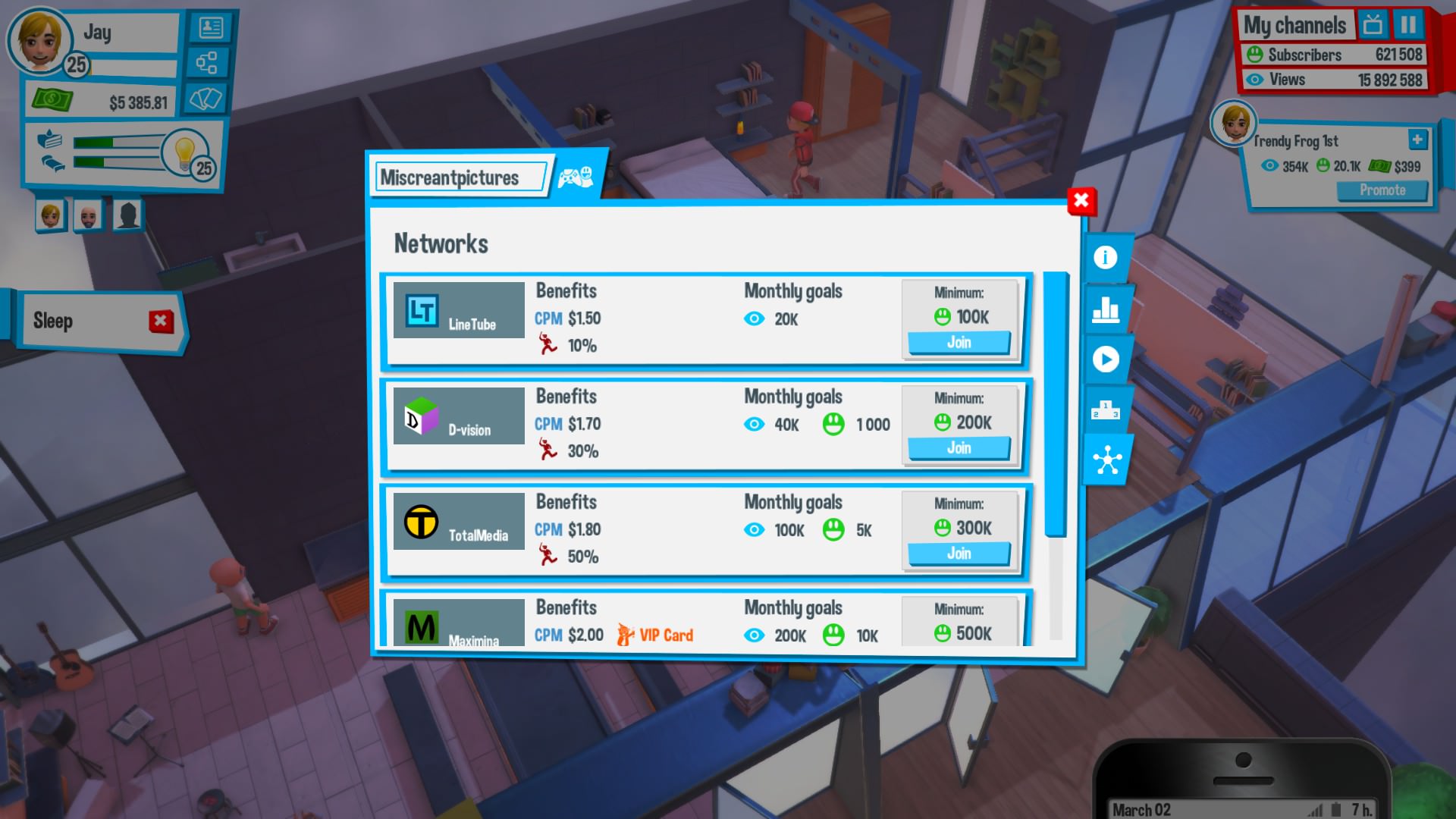 It looks like you have a Degree in Engineering from Universitat Politècnica de Catalunya. Knowing that, how did you end up becoming a game developer and how does it feel being one of millions of people who have a Degree they don’t apply to their career, assuming this is the case? I have a degree in IT and I’m a journalist. That should shed some light on the absurdity of that last question.

I have always believed that everybody should do what they like the most. If you are fortunate enough to achieve it, you will have a hobby instead of a job, and this may turn you into a happier man. When I finished my degree I felt that what I enjoyed the most was programming (and technical drawing) so I started working as a developer. However, I had always missed the creative side on my work, and this is why I focused myself in the entertainment industry. I founded my own gaming company along with extraordinary people. In any case, I wouldn’t say that studying engineering was a waste of time since I am currently applying many things I learnt then such as physics, technical drawing, programming or computer graphics. Everything but Chemistry! I hated it so much!

Did you teach yourself about game design or did you take a course somewhere?

I have spent my whole life learning things about video game development on my own. I have read books, magazines, the Internet… But where I have really learnt about video games is at U-Play online. When you meet real professionals who share their knowledge with you, there’s always something which you retain. Our games are not one-man made, they are a work made up by every member of the team, and every opinion is taken into consideration. This is particularly happening in Youtubers Life.

What got you into game design in the first place?

Our “college” -for me and for the oldest members of our team, at least- is Striker Manager (www.strikermanager.com), our first game, a multiplayer football manager browser game especially successful in Spain and Latin America. For four years we were just focused on that game and we had to learn as we came to it. We experienced failures and successes and things that worked and things that didn’t. 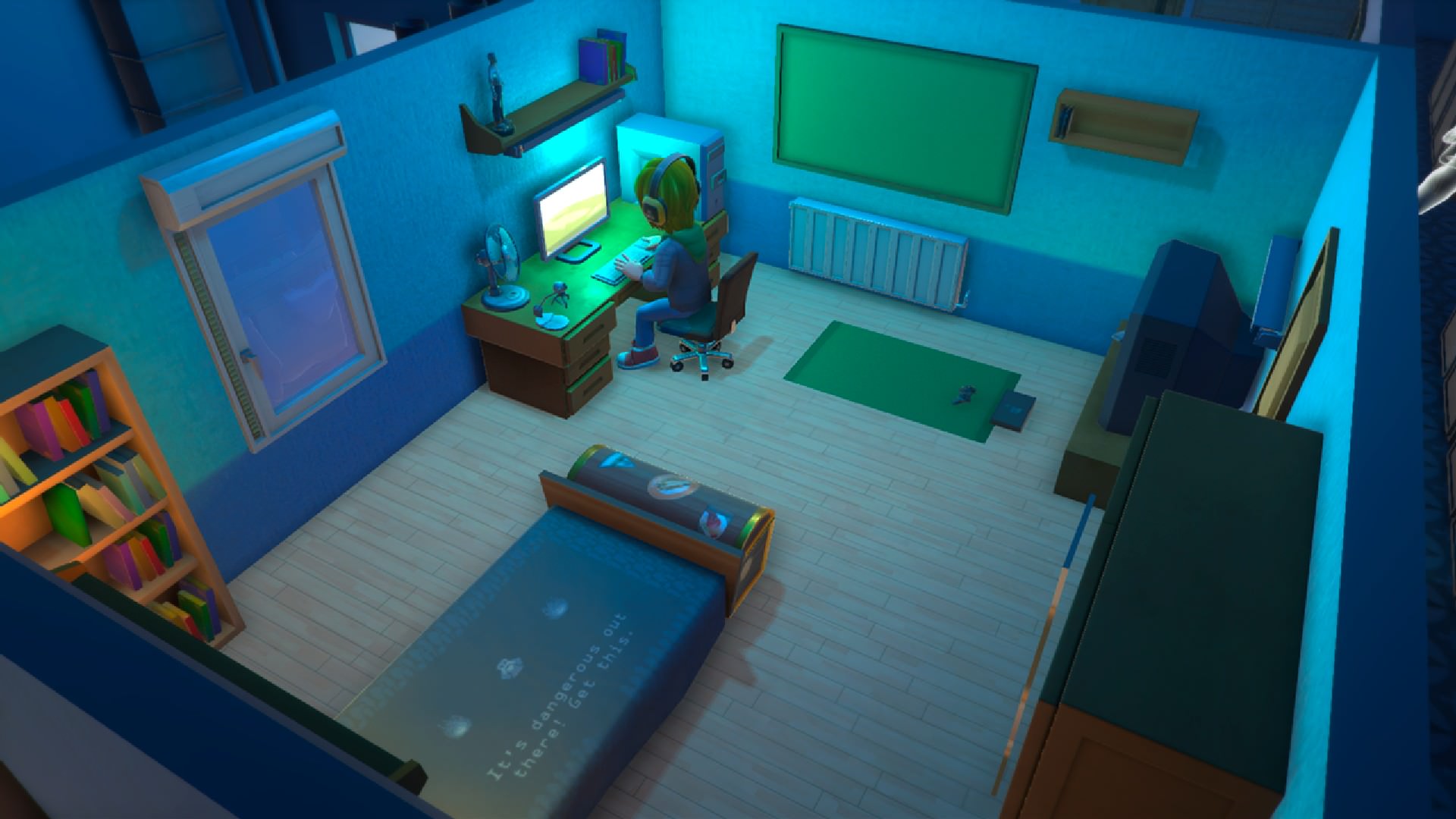 Have you always been a gamer or is it something that came later in life.

When I was born, there were no video games as such. When I was little my parents gave me a Pong clone and I also had some Game&Watch devices. Later on, since my cousin got a Spectrum, I haven’t stopped playing videogames. I would not say, though, that I am a traditional gamer: I hate FPS’s and I have always preferred designing games instead of playing.

Are there any game designers you admire or ones that inspired you to choose this career path?

Absolutely! They are not the most common ones, though. First of all, Jon Ritman. I am still asking myself how could he program a marvelous game such as “Match Day 2” in just 48kb. I’ve tried to make football games like that -quite a lot, actually!- and I haven’t been able!

Another reference is Chris Sawyer who developed Transport Tycoon on his own. This is the game which I have played the most and I think that it is one of the best games ever. It’s a pity that he has mostly moved away from the industry. His game inspired our Train Crisis -although we ended up making a much smaller game.

More recently, Francisco Téllez de Meneses has been able to make Unepic. Only genies can do it and he is one of them! I would also like to be like him.

Last, I would like to express my admiration for the authors of Factorio, the game which I have spent more hours in the last days (apart from Youtubers Life). It’s an extremely complex game. It’s a game made for engineers.

Thank you so much for your time. I understand you must be incredibly busy considering the massive success that YouTubers Life is generating. I’d just like to let you know how much I appreciate your willingness to answer my questions and I hope to see more amazing work from you and your studio in the future. 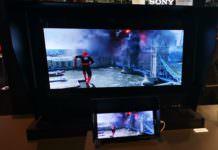