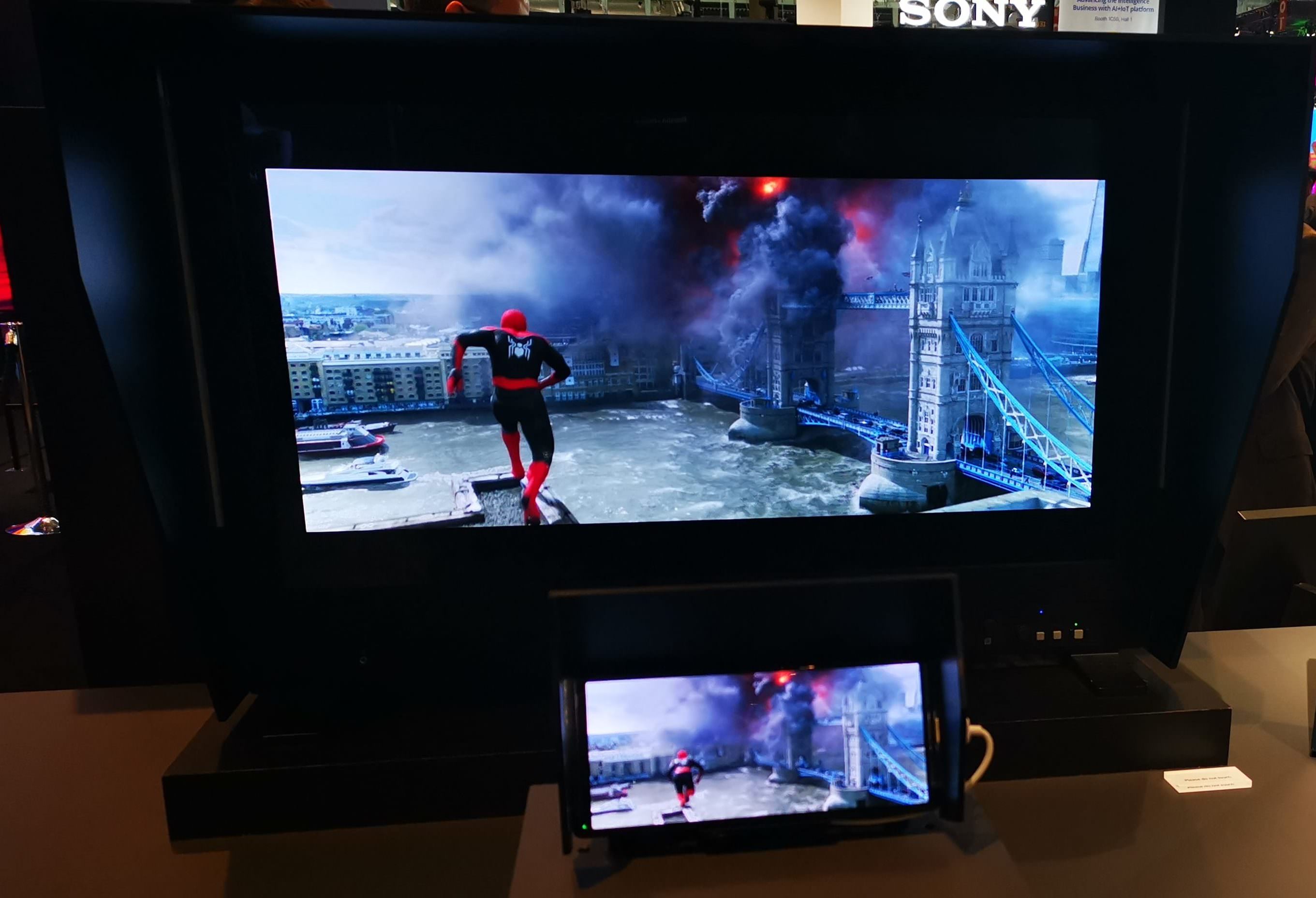 Sony Mobile are on a roll as they show off their Xperia 1 as the natural successor to something well-loved but also as something completely new. Their Xperia XZ3 was a 2018 PotY candidate whose visual and tactile excellence was matched by a market-leading OLED panel.

The efforts around Xperia XZ3 created some din around the brand again. Not by being the first to achieve something technologically but by delivering a marketing point that the public could relate to and observe as true in an instant. The OLED panel made HDR content pop better than most.

Whereas XZ3’s OLED display had been touted by Sony at IFA 2018 as the culmination of a collaboration between the Bravia TV team and Mobile. This time around its Sony’s reputation in the art of film-making that has been brought aboard.


“[t]he content wasn’t there when we lead with 4K before. The technology WAS though”

Ciaran Cleary, manager of Sony Mobile Ireland feels that the 21:9 4K HDR OLED panel in their upcoming Xperia 1 will strike a chord again and succeed where 4K panels failed before. “We’ve been focused on 4K for a few years now. We announced it with our Z5 Premium and maintained a 4K option until the XZ2 Premium. This time around we feel that the time is right for a 4K OLED HDR panel. And with 21:9 we wanted to offer a more immersive platform for media content.”

Even 18 months ago, Netflix was offering substantially less 4K content than it does now. So much so that the the streaming service couldn’t justify charging extra for a 4K upgrade. Times have changed and Ciaran acknowledged this when asked why 4K had achieved little in the way of mainstream smartphone penetration, “[t]he content wasn’t there when we lead with 4K before. The technology WAS though.”


RTS, MMORPGs, shooters and a few more genres have been enjoyed on wider screens on desktop PCs for years already so a public appreciation of extra-wide panels does exist

The 4K HDR OLED display of the Xperia 1 looked like a beautiful and worthy successor to the Xperia XZ3 during our handling and multimedia demo. But this writer feels that more rests on the utility of the 21:9 aspect ratio of the device. Sony want users to be more immersed in their media and given the right source, a user can be.

Playing games with a greater field of view is a fantastic use of the extra real estate. RTS, MMORPGs, shooters and a few more genres have been enjoyed on wider screens on desktop PCs for years so a public appreciation of extra-wide panels does exist. There’s also the increased space for on-screen controls to loiter outside of the action.

Another focus during our show of the panel’s media capabilities was Xperia’s ‘Creator Mode’ -once a user enters Netflix, Xperia 1 automatically opens Creator Mode which will (compatible media depending) configure the best settings to behold a video on. Where possible these titles will be as close you can get to what a ‘creator’ sees.

During our handling of the device, it didn’t feel ‘long’ – it’s form-factor doesn’t seem to compromise its holdability. It also retreats from Xperia XZ3’s sleek curved design for a slightly flatter build. Whether this was done intentionally to improve grip or is simply a stylistic side-effect is debatable but the form-factor helps.

Sony Xperia 1 is expected to hit the market in June 2019 with no pricing as yet.