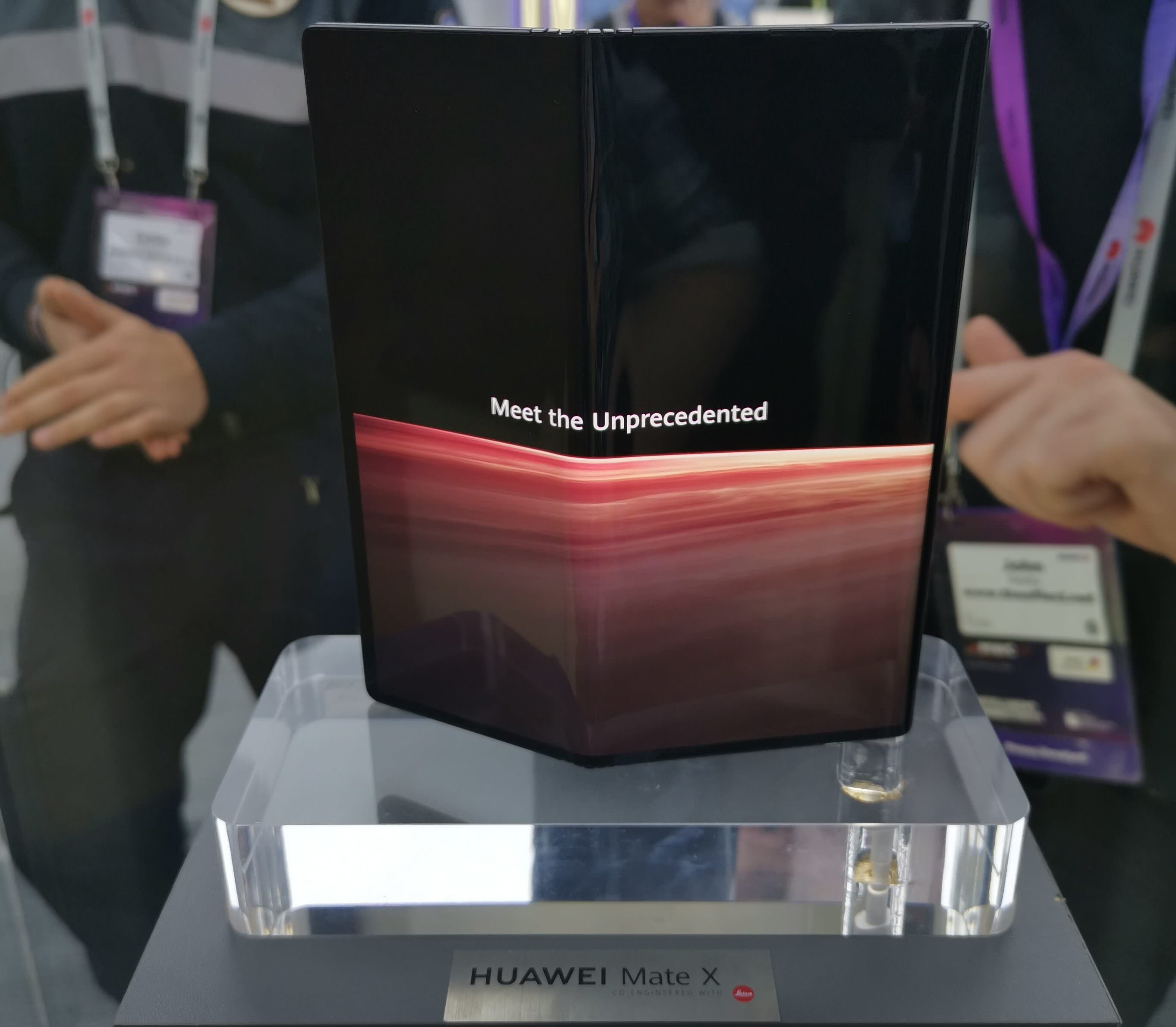 Smartphone sales have been flagging for a few quarters now. The desire to replace a phone annually has waned as devices become more durable. Battery lives have improved. But perhaps most importantly, there isn’t as much of a reason to upgrade when most updates are iterative. From an aesthetic or manual handling sense the pace of change is even slower.

And worse, manufacturers have been sharing visual design cues to a point where the ubiquitous oblong slabs can now only be differentiated by the size and shape of the notch.

At MWC 2019, EliteGamer touched the near-future and was inspired. Buying a smartphone may no longer be a matter of picking the best camera or the one that still has a headphone jack. Folding phones, built-in keyboards and notchless full-screen displays with pop-up selfie cams indicate that the industry is willing to offer a greater choice of form-factor.

Seeing How it All Unfolds

Samsung confirmed their folding offering last week and set the internet alight. Between the bar being raised for smartphone pricing and the impressive tech on show, ‘Samsung Unpacked’ was the media frenzy they had hoped for.

Huawei responded – very literally. Hitting at issues with the Galaxy Fold and taking aim at the business market with an expenses-stretching €2,300 price tag. The ‘Mate X’ has dominated MWC19 mainstream coverage after its showing. Despite outstanding offerings from Sony and Motorola, the allure of a gapless, notchless foldable smartphone was too great.

Both Galaxy Fold and Mate X approach the same goal from a different angle. Galaxy Fold folds its large screen inward, protecting it but also mandating an outer screen. Huawei wrap the screen on the outside of the device, skipping the need for a second display.

Neither device is a mainstream product based solely on their respective price tags. However, the larger screens that might bury tablets as a business essential soon are also game-changers in more moderately-priced foldables of the future.

On-screen multitasking is being touted as a major selling point for business customers – browsing with an email open while keeping YouTube open etc. There is also the matter of a larger on-screen keyboard while preserving the visibility of the page in question. And speaking of keyboards…

Planet, a UK-based PDA maker, are also hoping to cut a slice of the business comms. device sector using a physical keyboard. Their currently available Gemini folds in half to reveal a 6.2″ keyboard and 6″ display. A physical keyboard trumps an on-screen one any day and with the emergence of Google’s suite as a viable alternative to MS Works, there is a lot that Planet Gemini can do that wouldn’t be possible without carrying another device since the WiFi + 4G version doubles as a phone.


Planet Gemini updates the PDA for modern hands and offers their intended market a break from bringing two oblong slabs and Bluetooth keyboard.

Gemini also comes with Linux. The open-source UI may not be a huge selling-point for most people but there are still plenty of grown-up programmes that just aren’t available in an ‘app’ form. From a professional or productivity perspective, Linux has a free version of whatever you can and cannot find on Google PlayStore.

Linux phones aren’t new of course. The concept has failed to sell standalone candybar devices before but an overpowered dual-boot keyboarded version is a novel concept that tackles some of the biggest issues behind Linux’s previous lack of smartphone penetration.

The Gemini is only 15.1mm thick – an impressive design feat. The device has a reassuring aluminium case and solid feel that should make a case unnecessary

Planet are in the working prototype stage of a follow-up device. Echoing the Galaxy Fold, it will have a smaller screen on the outside of the phone to make or take calls, read messages and generally see if its worth opening your device.

While the potential PDA market is a specific one, it is large. Planet Gemini updates the PDA for modern hands and offers their intended market a break from bringing two oblong slabs and Bluetooth keyboard.

Two manufacturers have launched pop-up selfie cams in February 2019. Both NOA mobile and CENTRiC offer flagships with a simple Mad Mike-style actuator moving the front-facing camera out of their devices’ chassis.

It’s also notable both can lay claim to being the first to hit the market (depending on the region) with the reasonable claim of an all-screen display (92.3% screen-to-body ratio for CENTRiC S1). Noa and CENTRiC beat companies like Huawei, Apple and Samsung to the solution by innovating around the problem.

CENTRiC S1 is already available in major markets through online retailers with NOA F20 Pro available soon and if feedback is positive on the realities of waiting an extra moment to snap a selfie, the market-leaders will surely follow suit.