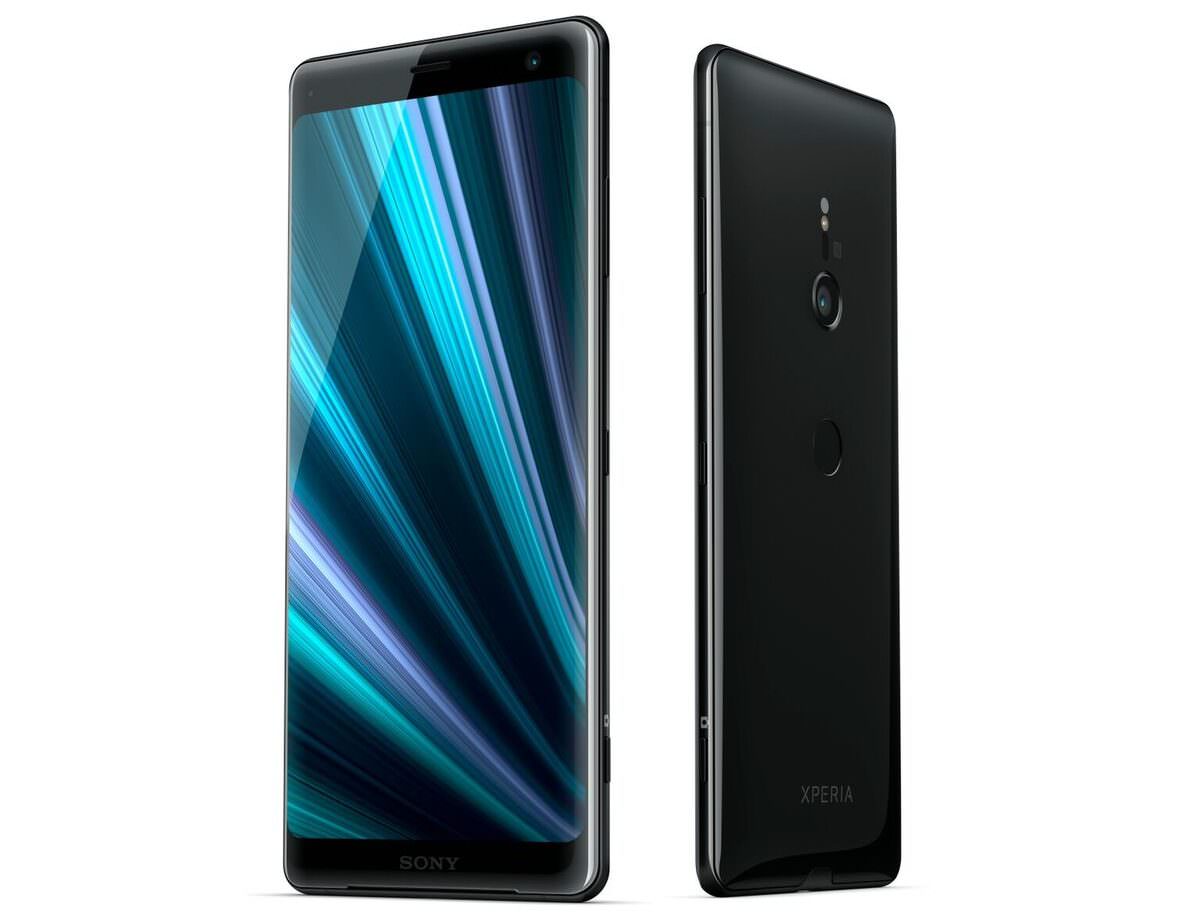 Sony have been on the comeback trail for a couple of years. Gone are the boxy, obsolete designs. Bloatware has continuously been pared back while improving apps and functions that reflect Sony’s expertise elsewhere. Sony Xperia XZ3 keep those trends going and takes another area of innovation from the company at large and brings it to the mobile realm.

Xperia‘s first Sony-built OLED is sensational and probably the handset’s biggest ‘wow’ factor. Coupled with an attractive casing and excellent engine (launcher and skin), Xperia XZ3 is another excellent Android flagship to hit the market in 2018.

Sony Xperia XZ3 has a pleasing symmetry that, when combined with the glass unibody design, is elegant while remaining distinctly ‘Xperia’

The device is attractive with a continuous curve running around the device. The glass-casing distorts and bends light. Even our black review model has a subtle sheen to it. This writer has seen the whole range in person and the green model is my favourite – a racing green that perfectly accompanies the shine.

The handset has minimal bezels save for the notchless top and bottom. The OLED has gentle curves, like softer versions like Samsung’s offerings.

The rear has a solitary ‘Xperia’ logo with its fingerprint scanner, camera, sensors and LED flash in row staring from half-way up the device. This gives it a pleasing symmetry that, when combined with the glass unibody design, is elegant while remaining distinctly ‘Xperia’.

even non-HDR material treated with X-Reality upconversion is stunning – But native HDR content is Crisp and vivid without compare.

What Took You So Long?

As mentioned, the 2,880 x 1,440 P-OLED is the first screen of its type from the acclaimed manufacturer of TVs and panels. Why they had to wait until to drop this technology is unknown but it was worth the wait.

Colour is vibrant yet natural with deep blacks and excellent contrast. The P-OLED is amongst the best I have seen – even non-HDR material treated with X-Reality upconversion is stunning. However, native HDR crisp and vivid without compare.

However, the mild curve does leave a lick of blue at the edges of the screen but it’s barely noticeable. When offered the the curved OLED next to a notched ANYTHING, I would take the former before you had finished the sentence. Not everyone minds notches but the lack of one is a selling point in the Xperia XZ3.

Most of the Android Pie filling is there – Quality of Life enhancements like Slices, more streamlined copypasta and better AI battery & lighting settings are simple but noticeable changes

Opening your Xperia XZ3 for the first time will show users how much Xperia laucher is serious about bloatware with practically every piece of non-Android software to opt in/out of. Sony offer some terrific exclusive apps that add functionality over the stock programs. Movies, Photos and Xperia Music Player are all worth installing but if you don’t like them or any of the other Sony apps; out they go with ease.

Side-sense takes quite a bit of getting used to. A gentle double-tap of either side will bring up a quick menu. The side sensors can be used as ‘forward’ and ‘back’ in conjunction with tap and swipe but this particular habit is a little unnatural and many of you won’t find it worth learning over traditional navigation.

Android 9.0.0’s new Home button isn’t used in the Xperia but it keeps large-preview tab-switching. Most of the other Android Pie filling is there too – QoL enhancements like Slices, more streamlined copypasta and better AI battery & lighting settings are simple but noticeable changes that users will love. 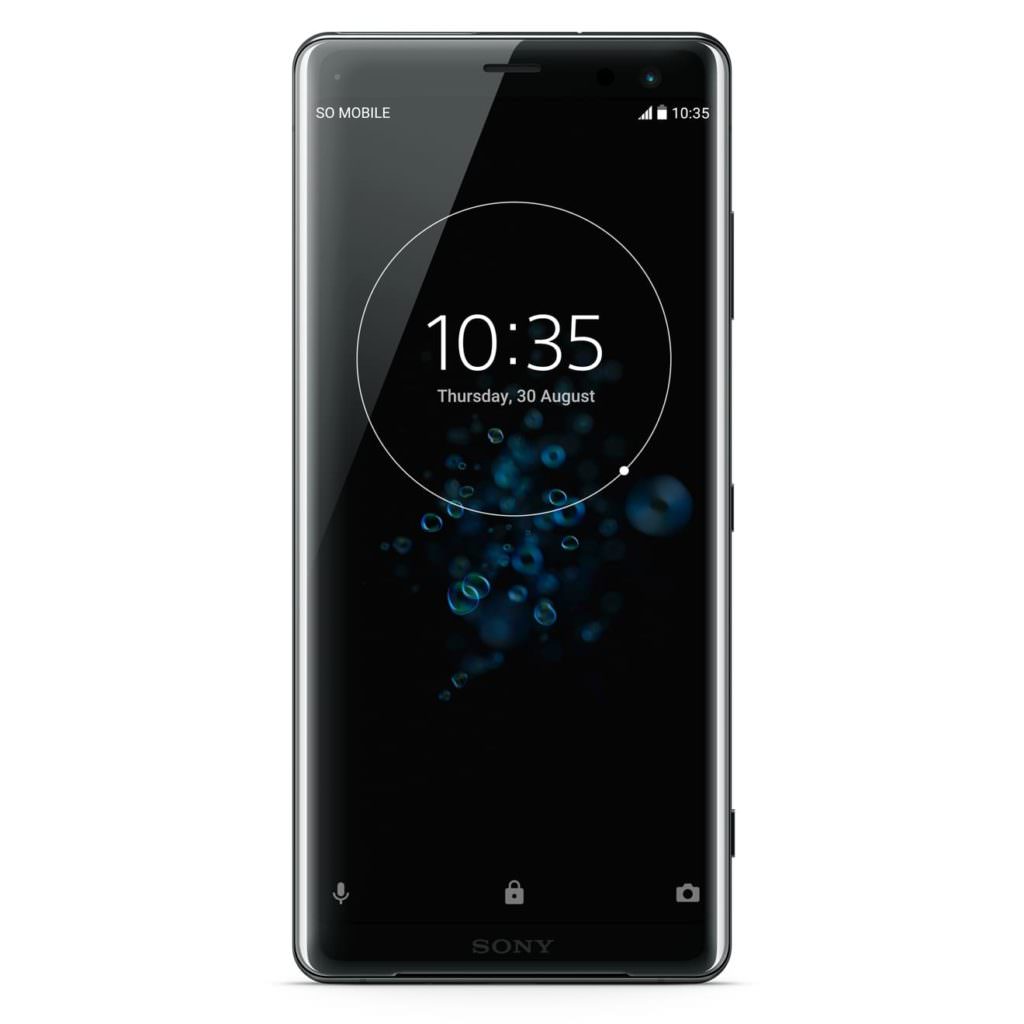 By the time you read this, there will be at least two more handsets shipping with Android 9.0.0 as standard but Sony Xperia XZ3 was the first. A footnote in the annals of Android for Sony.

Stills Camera Behind the Very Best

The single-lens setup and Xperia camera software take clean, colourful still without much fuss. Darker or high-contrast shots need more adjustments than other systems and even with some attention, there are a number of better cameras out there. It might be unfair to compare everything to  the Huawei P20 Pro and its NPU-fed triple-lens but one-shot performance is the single most important factor for the vast majority of pocket snappers.

With some expertise, users can milk some impressive shots from the Xperia XZ3 but zoom and low-light noise prevent it from being considered top-tier.

Video fares better with a range of capture options and a surprisingly effective electronic image stabilisation. The advanced 5-way gyro EIS is only available up to 1080p30 but it’s the one area of the Xperia XZ3 camera suite that impressed me greatly.

The adaptive vibration technology continues to exist without much reason. It’s just a waste of battery that makes tables rattle or massages your hand.

Performance in its Range

The 10-nano chipset is capable in its class without being an envelope-pusher. All of Android 9.0’s new features run smoothly. Some of the large media generation caused a little lag – some hanging on RAW photos or 4K video but nothing major considering the subjects.

Battery life is again, average in its class. A full day with a little life left in it by bedtime on my usual workload. Power-users can expect almost a full day.

The feel is also unique with the device feeling like a polished piece of obsidian. It feels hard-wearing but luxurious. While other devices, even high-end ones, feel hollow inside of their aluminium-framed glass bodies given a tap of a finegernail, Xperia XZ3 feels almost solid. As if it was carved into the materials rather than glued and screwed.

The pleasing symmetry, which is both prized by Japanese designers and appreciated by this writer while looking at the device, places the fingerprint scanner in an awkward spot. Curling a finger to unlock isn’t natural.

The sound of the chassis speakers is rich and detailed for a smartphone.It won’t ever convince an audiophile or beat a dedicated Bluetooth speaker but to quickly listen to a few tunes while in the shower or to drown out teenagers on the bus, it will do the job.

The adaptive vibration technology continues to exist without much reason. It’s just a waste of battery that makes tables rattle or massages your hand.

That is the question.Sony found it nobler in the mind to keep the Micro SD card slot. And for RAW photo aficionados and FLAC owners, this is outrageously fortunate. Other great phones at the high-end are taking slings and arrows for their lack of expandable storage.

This major convenience, coupled with its lack of notch, Sony Xperia XZ3 feels like a step back… to a better time. The lack of 3.5mm headphone socket is lamentable but two out of three ain’t bad. Dunno how this Hamlet-themed paragraph became infused with Meat Loaf but I would write anything for clicks.

Coming in at £699/€799, Sony Xperia XZ3 is expensive but its screen and design are quite special. Its stills camera may be its weakest feature but in the year that Android cameras really came of age, it was a higher-benchmark than usual.

Side-sense may end up ignored like other side-bound interfaces but it does offer something for those willing to take a few minutes to get used to it.