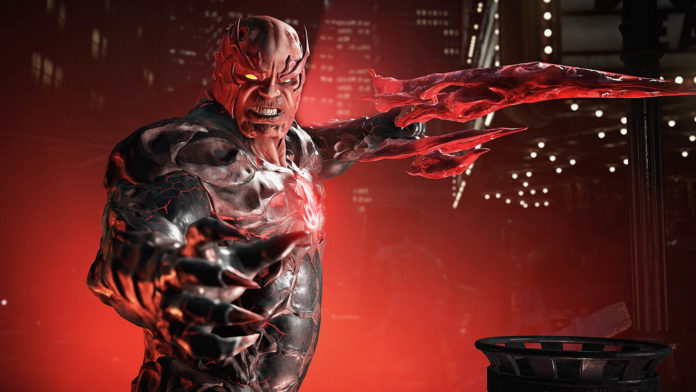 The 2017 series sees Warner Bros Entertainment teaming up with Gamestop, Gamelta esports professional league, Playstation 4 and Twitch TV. The new initiative offers Professional and amateur players throughout North and Latin America as well as Europe the chance to compete and win a portion of the $600,000 prize pool. The best players from these different programs will qualify for the Injustice™ 2 Championship Series grand finals that will take place this autumn.

Players in the US who aren’t competing in the Pro series will compete in the Hometown heroes series. It has a grand prize of $5000 USD.Operated by ESL, open online qualifier tournaments will begin on 4th June. Eight Regional Finals tournaments will take place in local GameStop retail locations on the 12th of August, leading up to the Injustice™ 2 GameStop Hometown Heroes Finals at the 2017 GameStop Consumer Expo in Las Vegas, 27th August.

European fans will compete in the Path to Pro tournament. The competition will open on the 20th of May for players in the Benelux Union, France, Germany, Nordic territories, Italy, Spain and U.K. who are not participating in the Injustice™ 2 Pro Series. The prize pool is $20,000. The finals will be held on the 19th of August with the 12 best players from Europe competing.

Players in Latin America will compete in Injustice 2 Liga Latina. The countries involved are Argentina, Chile, Mexico, and Peru. The best players from each of the countries in which the program is offered will face off in the Injustice™ 2 Liga Latina finals on the 13th of August.

The Injustice 2 Pro series kicks-off on the 26th of May and will be shown live on Twitch.tv/netherrealm. Over the course of the following four months, the list will be cut down to the top 16 players from around the world. Those players will then advance to the Injustice™ 2 Pro Series Finals. Those finals will take place on the 17th of September in Los Angeles.