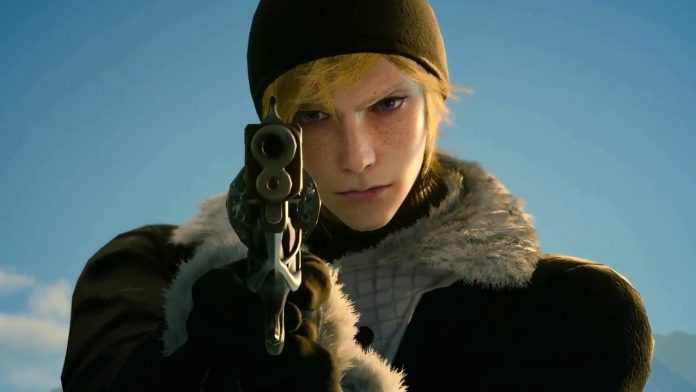 When I heard that Episode Prompto was coming out, I was really excited. Finally! Prompto’s time to shine! When I heard that it was going to be a third-person shooter (many people have nicknamed it Metal Gear Prompto for a reason, after all) I got a little less excited, but was still looking forward to it. Admittedly, I wasn’t a big fan of the gameplay in Final Fantasy XV in general. I do miss the turn-based systems, yes, but even as an action JRPG, Final Fantasy XV lacked necessary elements that game series like .hack, Tales Of, and even Kingdom Hearts used to make the action like, simply put, action as opposed to a game that plays itself (a problem many critiqued Final Fantasy XIII for, too). So combining the already lackluster gameplay with shooting (which, personally, I just find very hard to enjoy in general) wasn’t a winning combination for me, but what else should we, the players, have expected right? Prompto is a sharpshooter, so it’s not like it’s this way for no reason.

I entered Episode Prompto excited for more Prompto, less excited about the actual gameplay itself (and somehow perhaps more excited about the off-road driving that was added in the latest patch!). I was met with a mixed bag of results.

Gameplay for Episode Prompto, like the rest of Final Fantasy XV, feels lacking but could be much worse. If nothing else, I’ll compliment it on being a more involved style of gameplay than the base game, in which you generally just select your weapon and hold a button (for example, you can’t just hold down the shoot button in Episode Prompto and Prompto will keep shooting). You’re given your handy revolver with infinite ammo and a knife for melee attacks (which you’ll probably never use). You can also steal sniper rifles, flash grenades, and machine guns.

At the beginning of the game, it seems to encourage you to be stealthy, but it’s actually 100% unnecessary. Especially if you have some stolen weapons, you can easily just get a fair distance from an enemy and start shooting at them. This goes double for when Aranea joins you and starts dominating the fights by herself. The rest of the fights in this game are mostly ambushes that mostly have Prompto (and eventually Aranea) running around, shooting people in obnoxiously spacious areas.

Sounds fun right? And honestly, whereas I still don’t think I’d say I like the gameplay, I ended up liking it more than I thought I would, at least. I attribute that at least partially to Episode Prompto’s lack of difficulty. Not that it really matters because the majority of Episode Prompto is made of cutscenes anyways.

Unlike the more combat-focused Episode Gladiolus, Episode Prompto focuses significantly more on communicating to the player what happened after he got pushed off the train. Namely, it’s character development for Prompto coming to terms with his being a clone originally meant for the Magitek army and revealing why he struggles so much with the thought of how much he thinks his friends, namely Noctis, might hate him if they knew the truth about him.

As a narrative or a piece of character development, Episode Prompto, though not Pulitzer Prize nomination worthy, succeeds. It has a number of particularly strong scenes (which I won’t spoil) that really gives the player a better idea of what’s going on in Prompto’s head. It shows us a more real version of the otherwise happy-go-lucky Prompto, one which the base game (and Brotherhood, if you watched it–which you should if you plan on playing this, direct references about Prompto’s past are brought up that were only talked about in Brotherhood) hints at, but never fully reveals except once (when he finally does reveal that he’s a clone originally meant for the Magitek army).

If you came into Episode Prompto already a huge fan of him, you’ll only love him more–and I daresay that even people who don’t like Prompto playing this episode might finish it with a totally different perspctive on our favorite selfie-loving sunshine child. It’s a short but sweet reminder on why so many people love Prompto: Despite being a robot, he has a side of him that’s much more human than anyone else in Final Fantasy XV–and that’s what Episode Prompto focuses on.

If you’re a fan of Prompto, or perhaps just a fan of the story of Final Fantasy XV in general, then it’s hard to argue with Episode Prompto’s $5 price tag. It’ll take you between an hour and a half to 2 hours, and most of it will be spent watching cut scenes, but if that’s what you came there for, you won’t leave disappointed. Gameplay comes just frequently enough to make the cutscenes feel like they’re not dragging on for too long, which really helps pace it well despite its short length. Although less time is spent in gameplay, the gameplay itself is fine–even by the standards of someone typically not into shooters. Even better (for me in this case, at least), it’s not horribly difficult.

It certainly won’t be winning any awards, but Episode Prompto is fine. Out of 10, I’d give it a 7 because I was glad to see some surprisingly heartwarming (and even heartbreaking at times!) character development for my favorite plaid-clad lad. And in terms of progressing Prompto’s character, Episode Prompto does certainly paint a more realistic picture of him: Someone happy on the outside, but only because he wants to hide his crippling insecurities surrounding his creation. If you like Final Fantasy XV and have $5, Episode Prompto is a fine way to kill 2 hours.