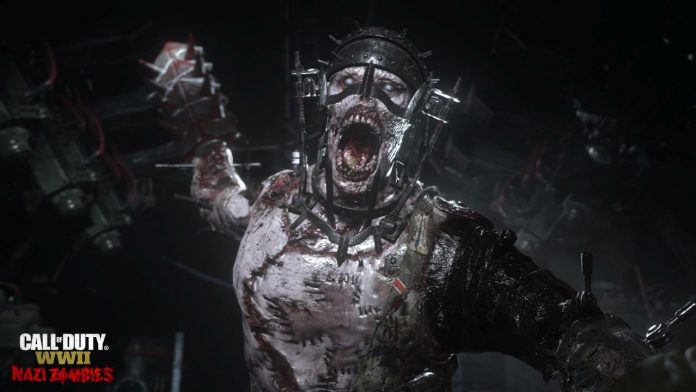 Sledgehammer Games have shared their vision for Call of Duty WWII Nazi Zombies mode at this year’s San Diego Comic-Con. They will deliver a unique and original Co-op story mode which takes you through a snowy Bavarian town of Mitteburg as you and a friend attempt to retrieve priceless pieces of artwork stolen by the Nazis. But not is all as it seems as the “village holds a shadowy secret key to an unimaginable and monstrous power.”

“With Nazi Zombies, we’re creating a frightening world full of terrifying characters and events that will make you jump and look over your shoulder. There’s an incredible amount of myth and lore, which our team has poured through in our development,” said Glen Schofield, Studio Head and Co-Founder of Sledgehammer Games. “This is unlike anything before, we’re taking players to some very dark, grim places in Nazi Zombies. This is one hell of a horror experience.”

Michael Condrey, Studio Head and Co-Founder of Sledgehammer Games added, “We couldn’t be more excited to showcase our reveal of Nazi Zombies here at San Diego Comic Con. It’s been great to return to creating a horror-based experience, and with Call of Duty, head back to the Nazi Zombies roots. The team at the studio is proud of the opportunity to deliver something special for the fans.”

Call of Duty WWII will launch on November 3rd on PC, PS4, and Xbox One. The Beta will launch first on PlayStation 4 on August 26th.
https://elitegamer.ie/call-duty-wwii-know-far/