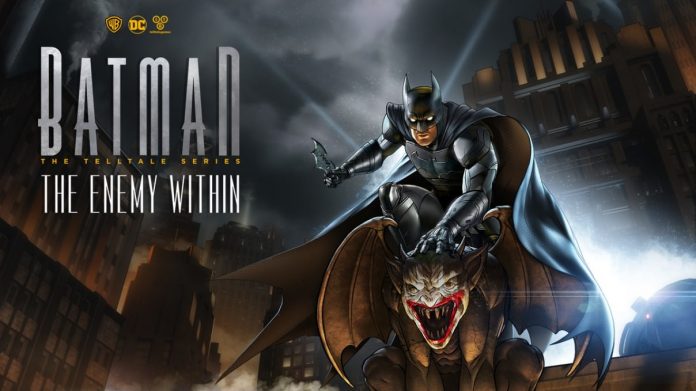 TellTale Games has released a trailer for the 1st episode of Batman: The Enemy Within. The new series was confirmed back in July, along with new series of The Walking Dead and the Wolf Among us.

Decisions that you made in the 1st series of Batman will be carried over into the 2nd, TellTale confirmed.

“In this latest chapter, both Bruce Wayne and Batman will be forced into precarious new roles. The Riddler has returned to terrorize Gotham City, but his gruesome puzzles merely foreshadow an even greater crisis. With the arrival of a ruthless federal agent and the return of a still nascent Joker, Batman must navigate uneasy alliances while Bruce Wayne undertakes a perilous series of deceptions. Which of Batman’s new allies will you choose to trust? And how deep into the darkness will you let Bruce descend?”