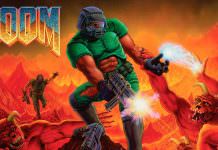 After years of being exclusive the PS4, it looks like music streaming service Spotify will be heading to Xbox One.

The first clue appeared in Xbox Community Manager, Larry Hyrb’s (Major Nelson) activity feed and was then shared by a Reddit user.

Another Reddit user with access to Microsoft’s Retailing Site spotted that they had seen the plans for a Spotify App for Xbox One.

According to The Verge, the app is currently being tested internally at Microsoft and will launch soon.

Spotify launched for PS4 back in 2015, but when they were asked by Eurogamer if it would always be exclusive, they responded by saying “for the foreseeable future”.

With Xbox One X set to launch this Christmas, it’s the perfect time to announce that it will be coming to their consoles.