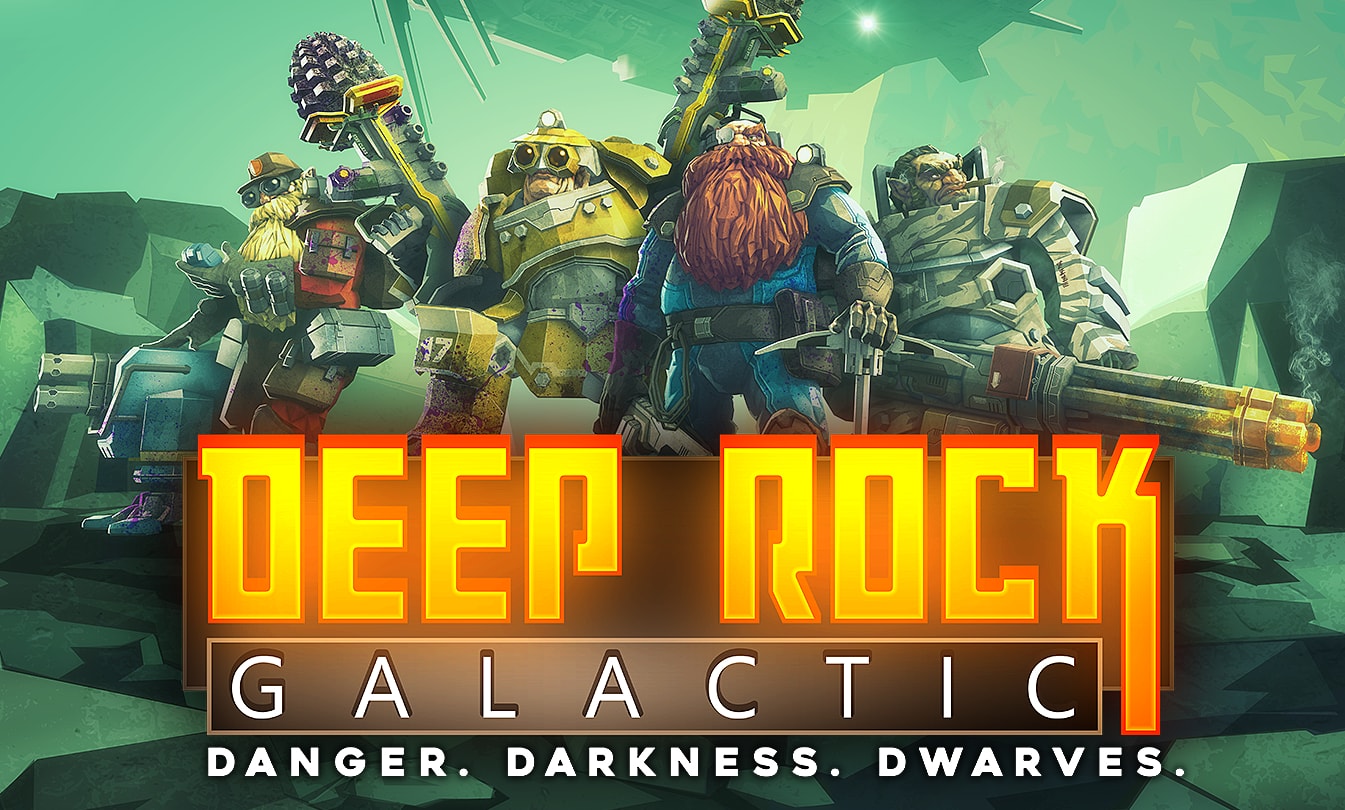 “Co-op games can be hard for a n00b to get into. If you select certain characters and screw up, people get angry …”

Game Director and Ghost Ship co-founder, Mikkel Martin Pedersen was on hand to play four-player first-person shooter/miner with us at GamesCom 2017. “Co-op games can be hard for a n00b to get into. If you select certain characters and screw up, people get angry with you. Or if you all pick the wrong type, it can make the game very hard and people are angry again”, he says, talking me through the rationale behind the character selection in Deep Rock Galactic. 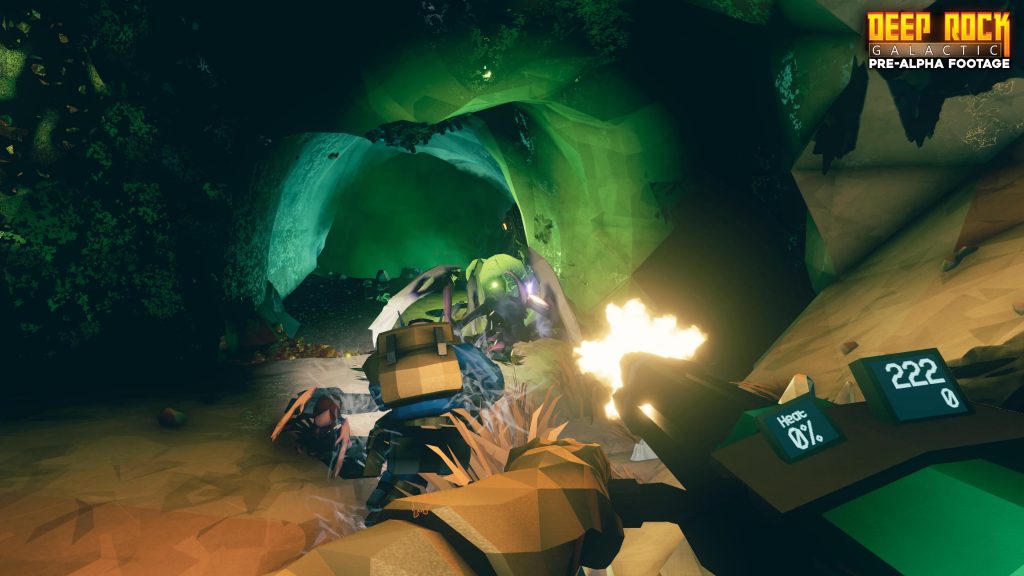 “The characters had to complement each other but also be effective alone. Essential but not missed at the same time.” Deep Rock Galactic’s procedurally generated worlds were no easy task but aided by teamwork and one of each character in our four-player squad, we made it. It will be interesting to see if each playthrough is the tense race to the finish of our demo.

Deep Rock Galaxy centres around an alien mining corporation in the future. The mineral-rich Hoxxes is chosen for exploitation by the faceless corporation who care little for the well-being of their freelance employees. Since Hoxxes is so hazardous, only a race a mine-crazy dwarves will do the job and that’s where we come in. 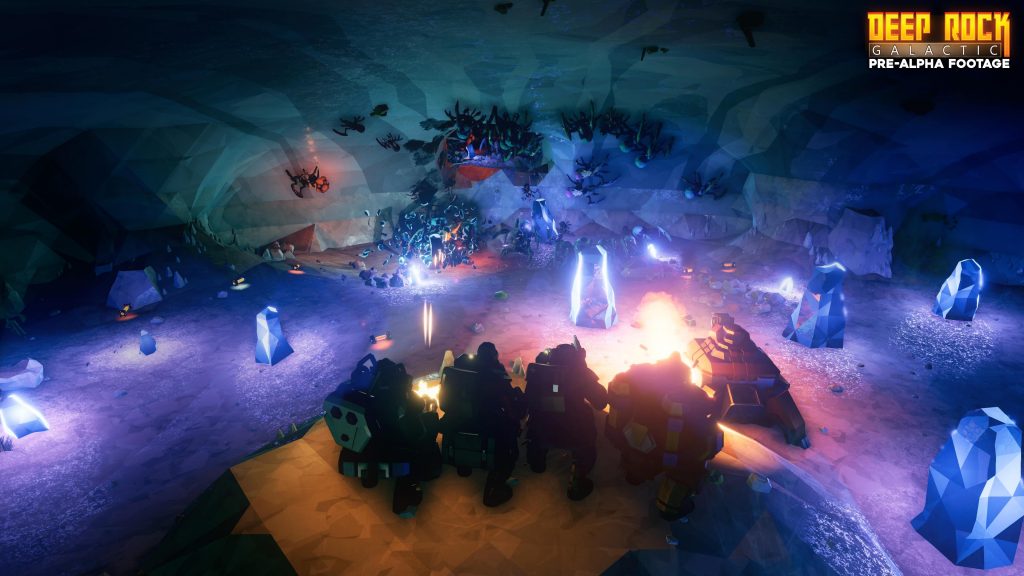 Our aim is to remove a rare mineral quota and return to the ship. This is usually complicated by alien enemies and tricky terrain. Each stages sees our crew excavate, illuminate and exterminate for a paycheck. The blue-collar dwarves are agile and figuring your way around the tight voxel spaces required some thinking as well as dexterity. 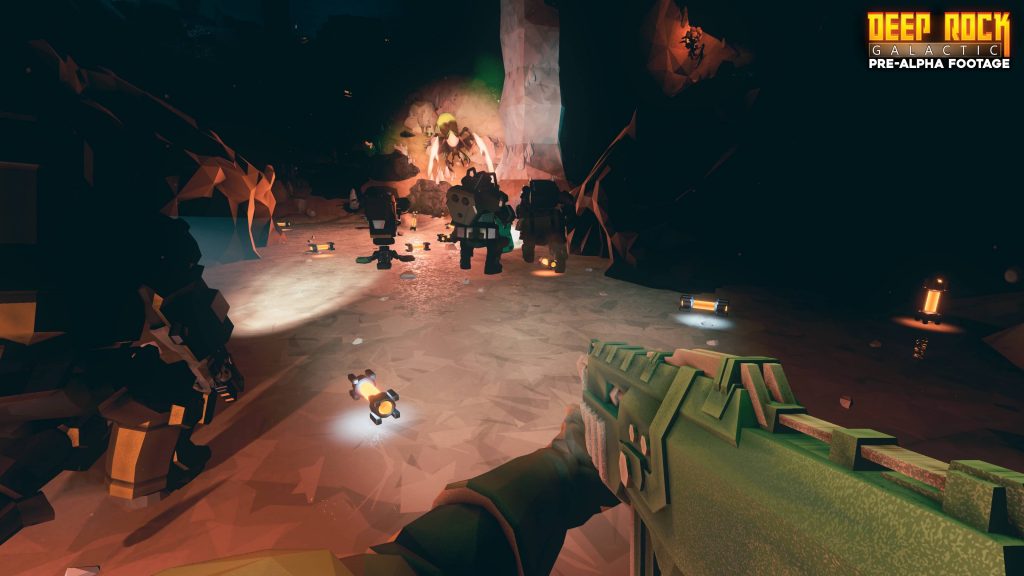 The floaty controls and heavy weapons feel suited the demo we played. The four characters all showed their combat capability using a fairly standard set of weapons and explosives. Dynamite made an especially huge thud, seeing as it took out huge chunk of the environment – it should. Minerals in hard-to-reach areas were satisfying to obtain using our tiny brains rather than the sparse resources we had. Add to this the pressure of some respawning baddies and stages of DRG end with the relief a workday ends in real life.

Deep Rock Galactic hits Steam early access in Q1 2018 and hopes to stay there for around one year. The game is CPU heavy due to the voxel terrain and procedural generation.