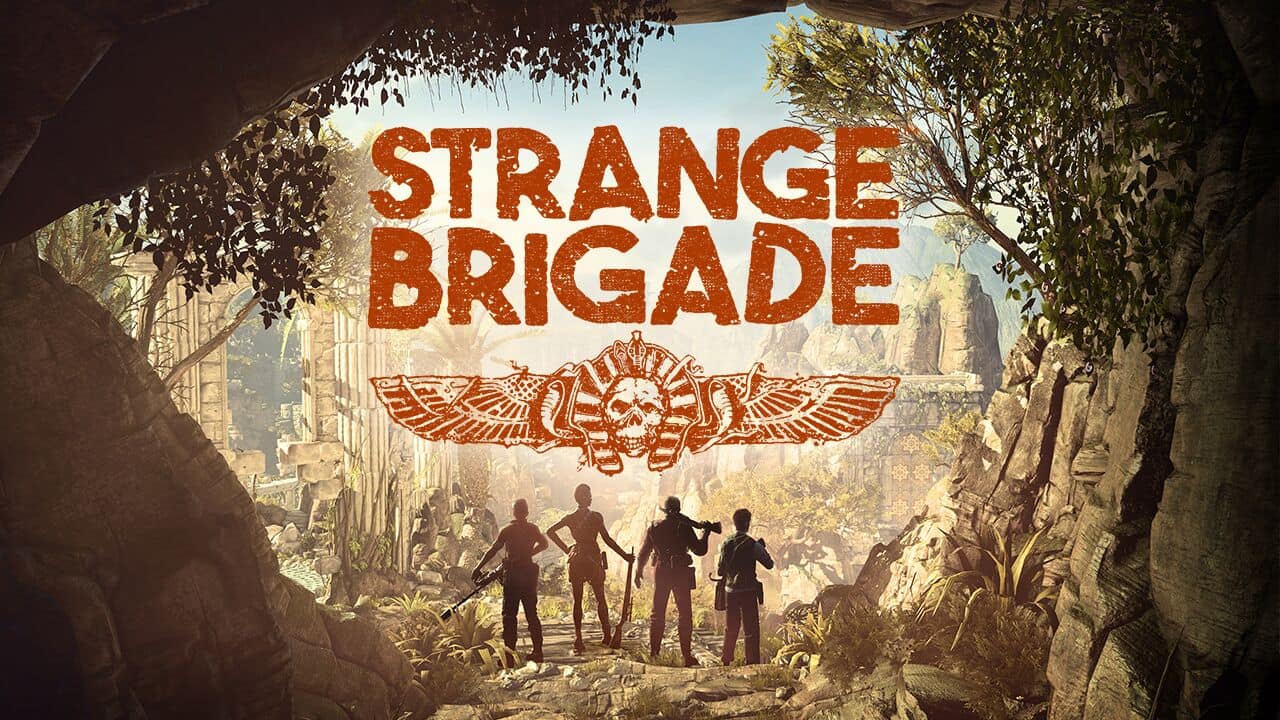 There was a new challenge of keeping it as difficult with one person as three or four. It’s a balancing act…

Strange Brigade is an upcoming single-player/co-op shooter from Rebellion, best known for Sniper Elite series and Alien v. Predator offerings. The serious nature of previous outings gave Tom Rigby, senior designer an excuse to inject some humour into their newest offering. “We wanted to get away from the tense shooters and something social and fun. With a four-player co-op, there was a new challenge of keeping it as difficult with one person as three or four. It’s a balancing act. Either way, we wanted something fun with a parody 30s matinee theme.” 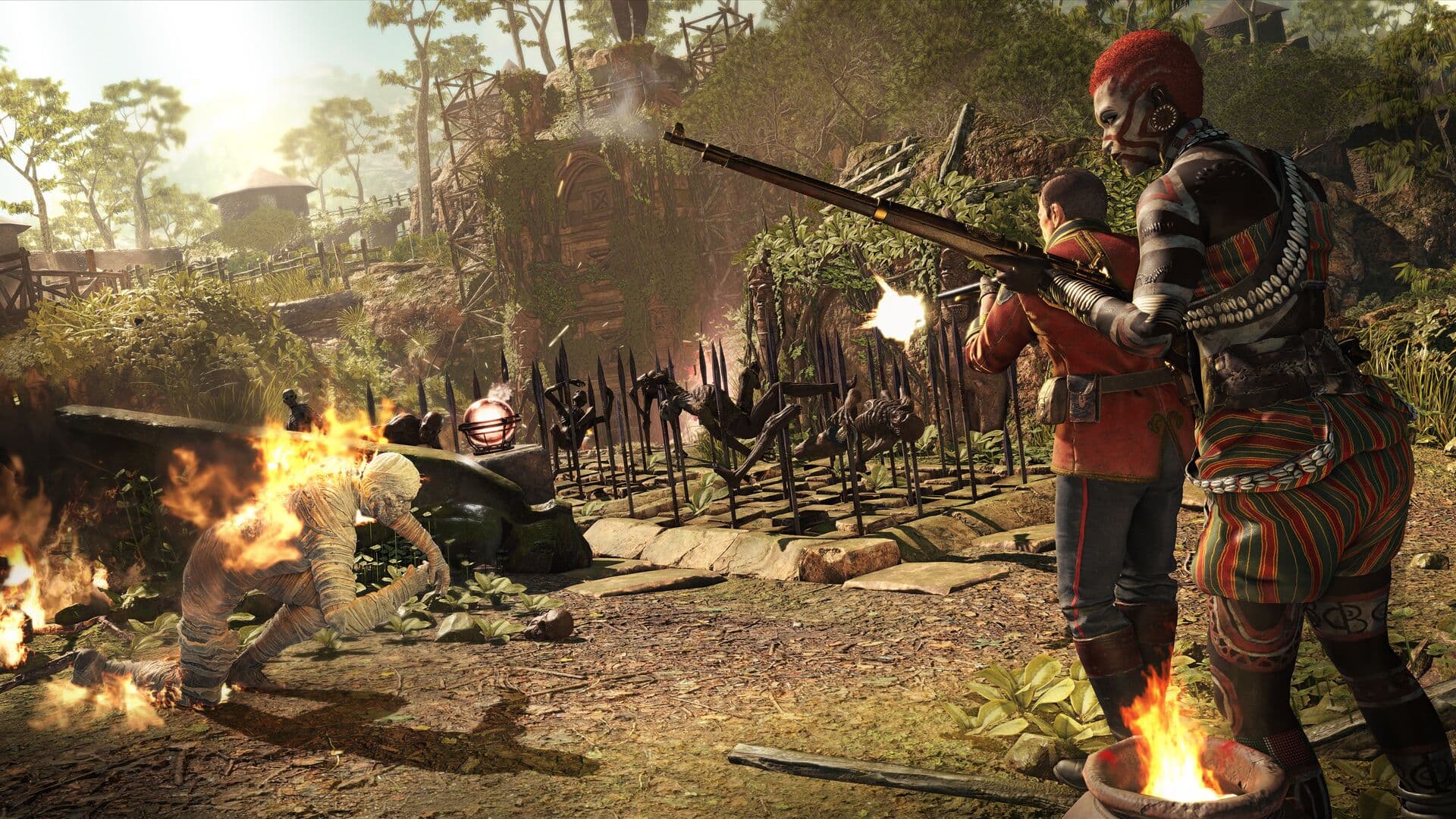 Our playthrough was brief but fruitful. We fought a few sub-bosses, a boss and thousands of goons. The environmental traps were vital in the arena-style pits and caves we battled through. We used spiky floors, explosives, blades and flamethrowers. All for the good of the Empire.

The waves of enemies coupled with the area’s hazards make for hectic play. Strange Brigade throws long-range foes, brutes, nimble enemies and ‘kamikaze’ enemies in together. Combined with one of the many sub-bosses and bosses, SB is relentless. 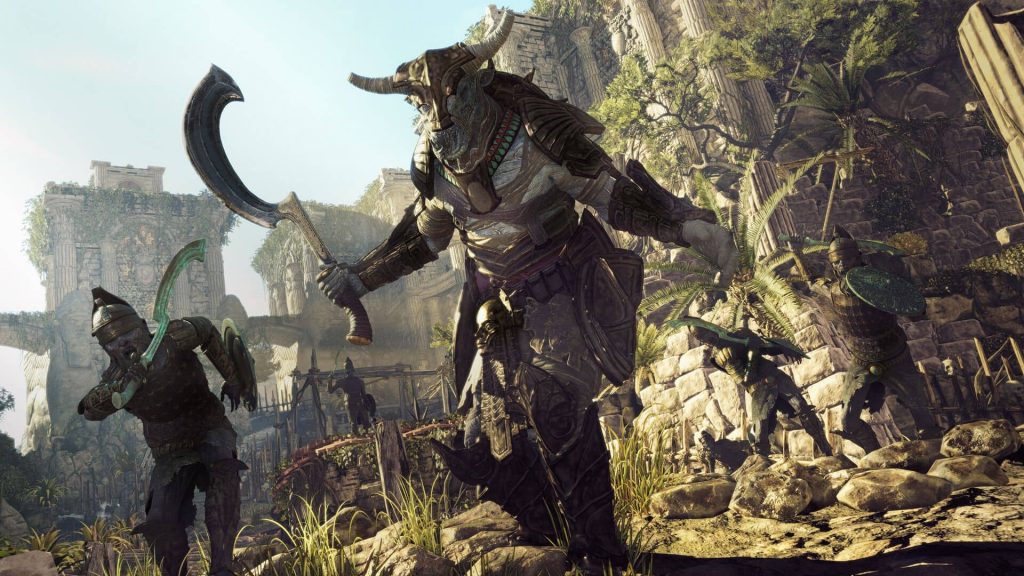 Capturing the Feel of the Matinee

“Our inspiration didn’t really come from games. It was from movies, books and comic book series. In particular, the saturday matinees of the 1930s with the tinny narrator, “exciting adventures in exotic places” sort of thing and the ‘Boy’s Own Adventure’ books.” 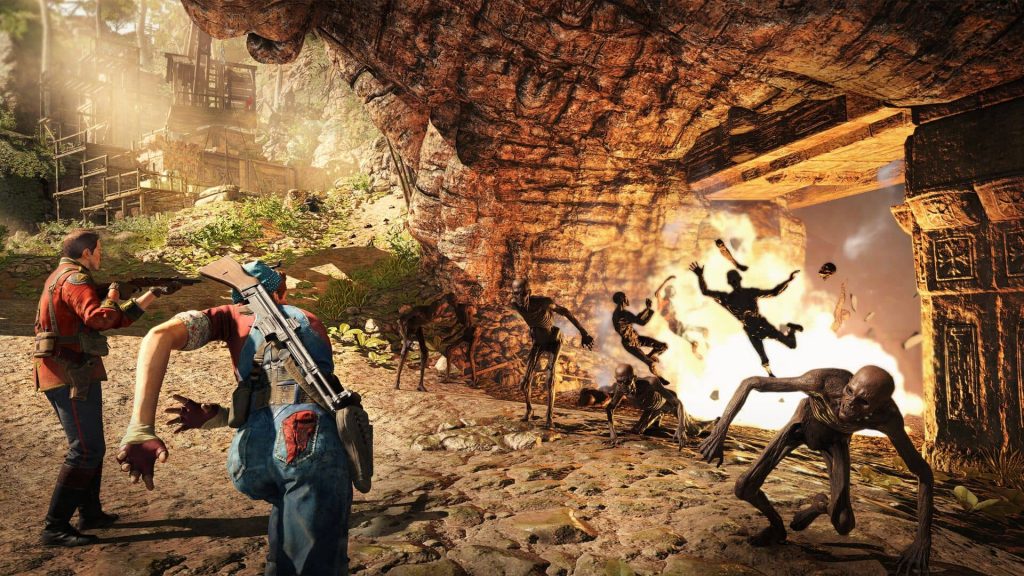 The idea of taking familiar yet untapped tropes and layering it thick upon a semi-linear third-person co-op adventure was natural for Rigby. “No-one has done this, this is pure gaming material – you have traps, monsters and dashing heroes, what more do you need?!”

Players are narrated by a stereotypical toff of the times laden with colonial cheerleading and a brandy-soaked insouciance. Glen McCready provides Strange Brigade with the perfect voice for the role. The four playable characters are similarly overblown with exaggerated weaponry and side-arms to match. “We wanted interesting characters so people would want to play all of them and not just stick with one character all the time.” 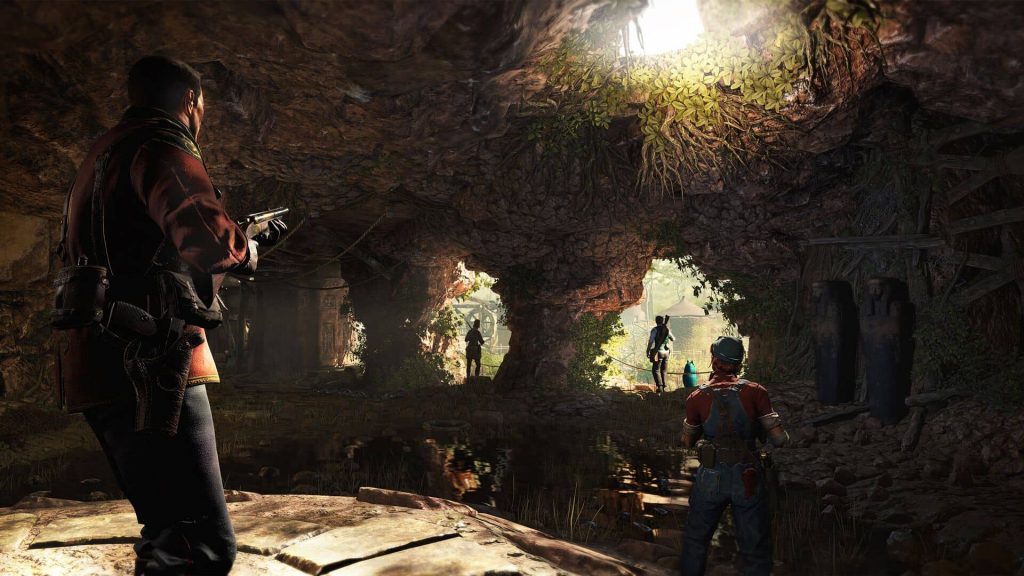 The levels are decked out in vines, Ancient Egyptian-infused architecture and a host of traps. Hoards of mummies, evil creatures and other nasties are teeming from every corner of Strange Brigade. At the beginning of each stage we are dropped in from a zeppelin to acquire treasure or other maguffins. The stages are semi-linear with players invited to explore the areas for loot or extra kills.

…this game would suffer if it were a cake-walk…

Strange Brigade intends to invite players to try out different styles and strategies. “We wanted a lot of variety in how you make your way through the enemies in the game. There is a good depth to the weapon sets and you unlock them by acquiring gold in-game. Gold is important and the player loses some on death. We wanted there to be a punishment for failure but to keep the game going. It’s not nice to have to redo large parts of the game but this game would suffer if it were a cake-walk, we hope to strike a balance there.”