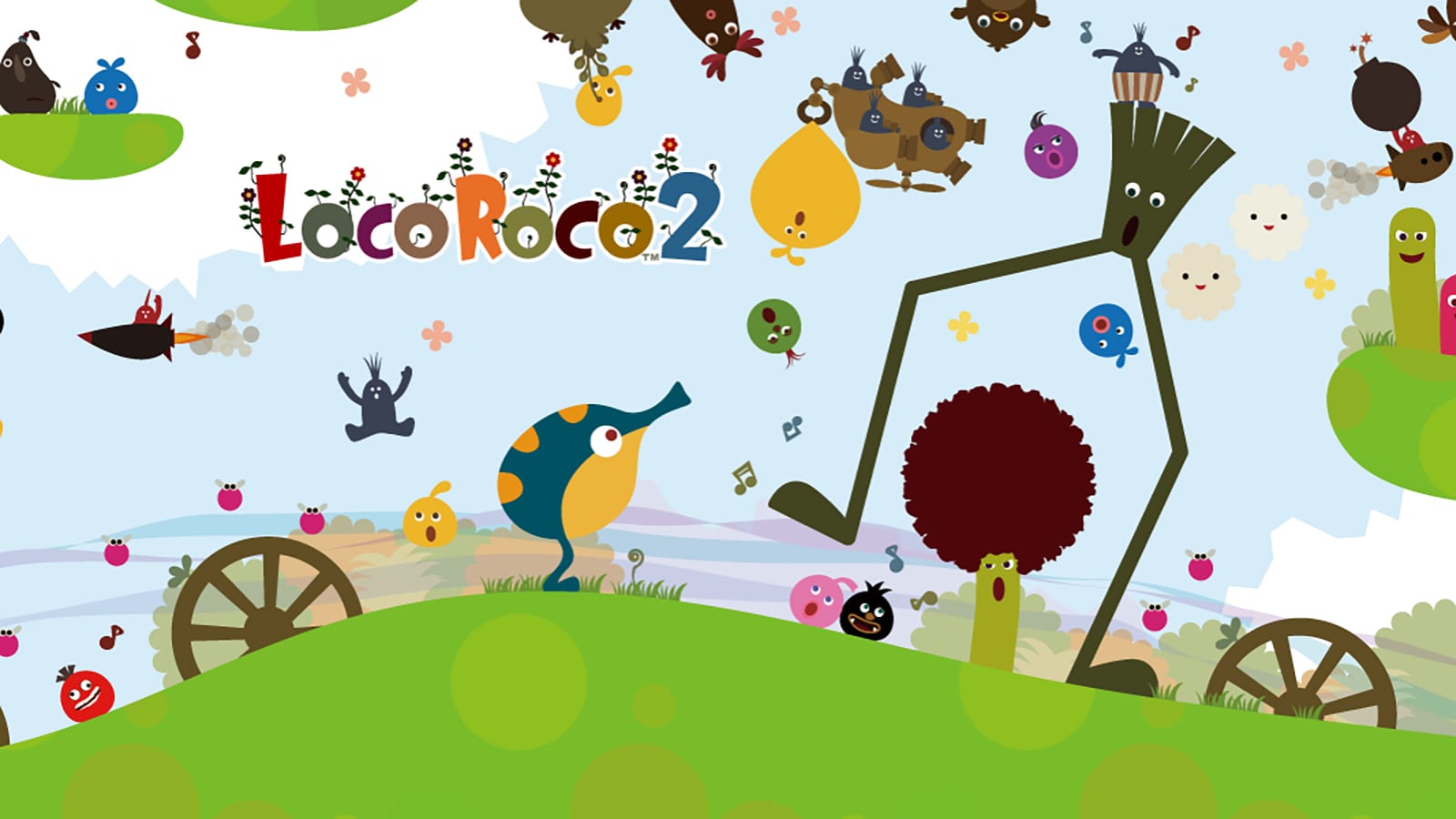 LocoRoco 2 Remastered is a PSP title that has now made its remastered way to the PS4. Was it worth the effort? Is rolling a coloured ball over and back to repetitive music, (until those times when the game offers you the chance to do things that are even more pointless and unentertaining) a worthy investment of the player’s time and money?

As one of the LocoRoco’s the player will roll around colourful environments, bumping into black clouds until eventually the level ends

What’s my motivation for rolling over and back?

In LocoRoco 2, Bon Mucho the Moja Boss creates a song which sucks the life out of animals and plants. As one of the LocoRoco the player will roll around colourful environments, bumping into black clouds until eventually the level ends. Along with the standard levels, and the odd boss fight there are other activities to occupy players in LocoRoco 2. These diversions are all, in this writer’s opinion, pointless and almost totally bereft of fun.

Does LocoRoco 2 think that the player will enjoy watching a gameplay video while playing a game?

Another of the diversions available in LocoRoco 2 is the Mui Mui House which the player can add rooms and furniture to by collecting different crafting components. These components are collected during levels and in other activities such as the one mentioned above. After visiting the Mui Mui house once or twice this writer saw no real reason to return.

The meat of LocoRoco 2 is the platforming levels, unfortunately that meat is full of gristle

The meat of LocoRoco 2 is the platforming levels, this writer found that meat to be quite full of gristle. In game the player will use R1 to tilt the level to the right and L1 to tilt it to the left causing the LocoRoco to roll in that direction. L1 and R1 pressed together makes the player’s LocoRoco jump, if held and then released the LocoRoco will jump higher. The player will collect orange fruit which causes the LocoRoco to grow larger.

At any point the player can press Circle to break the LocoRoco up into smaller LocoRoco, the number determined by the amount of orange fruit the player has previously collected. This will allow the LocoRoco to fall through narrow gaps in the level, once through the player can hold Circle and recombine the LocoRoco. The player will use all of these moves to get through each of the levels, along with the occasional boss fight.

tipping the level left and right, building momentum in order to launch the LocoRoco into the air to collect a line of collectibles can be satisfying

The game-play itself is the main issue here, good platforming should rely on timing and precision, the platforming here is frustratingly imprecise. Rather than navigating a level in LocoRoco using skill and reflexes, instead it feels like you are clumsily hurling yourself towards the end of the level hoping to snag as many collectibles as you can. At the end of the level the player gets a score informing them of how many collectibles were missed, usually in platforming games this may compel the player to run through the level again to hoover up any that were missed. That is not a compulsion this reviewer felt at any point.

The Occasional Bit of Fun

It wasn’t all bad and occasionally tipping the level left and right, building momentum in order to launch the LocoRoco into the air to collect a line of collectibles can be satisfying at times, but unfortunately the game as whole is not a reliable experience. The levels are very similar mostly because of the simplistic graphics. One of the levels was a standout here however, LocoRoco 2 has one of the worst water levels this reviewer has ever had the displeasure of playing through. There have been some unforgivably dreadful water levels in previous platforming games, so that is quite the achievement.

The graphics and sound in LocoRoco 2 are a mix of charming and occasionally irritating in their repetitiveness. Graphics-wise, as mentioned above the levels are made up of very basic shapes and full of bright colours. LocoRoco 2 runs very smooth and during gameplay the graphics and crisp and clear. The cutscenes which occasionally occur however are in a very low resolution; they look as if the PSP screen was stretched to fit the size of modern television screens. The soundtrack changes depending on the LocoRoco you have selected, using the standard yellow one (all of the LocoRoco’s have names but again, that doesn’t seem like important information) the soundtrack is children singing in what sounds to be a nonsense language, if it’s actually Flemish then apologies to any Flemish speakers for referring to your language as nonsense.

There are better alternatives out there

Before starting up LocoRoco 2, I had expected a ‘charming’ experience, a word that had popped up time and time again on it s original release. What I actually found was a game that could probably be rivalled by games available for free on mobile. There are alternatives on the PS4 that far surpass what is available here, for pure 2D platforming (near) perfection, Rayman Legends will scratch that itch. If the player is looking for something relaxing and perhaps a bit esoteric Hohokum, available for a small price on PSN is a wonderful game that straddles the line between video game and interactive visual art. Either of these games will give the player much more entertainment than what can be found in LocoRoco 2. This review was perhaps a little harsh towards LocoRoco 2, a game that is aimed at children; specifically stupid children.

Hello there, Mr. Clarke. As someone who has played the LocoRoco series and other video games that focus on simple designs, I’ll have to rain down on your parade for a bit, but your willingness to lean more towards negativity reviewing this game makes it as if you imply this franchise, and specifically this game has failed to deliver (at least to your very eyes). Trust me when I say that I have seen games that are far more soulless and annoying in not only design, story and gameplay, but on some games, even how economy was handled than *you… Read more »