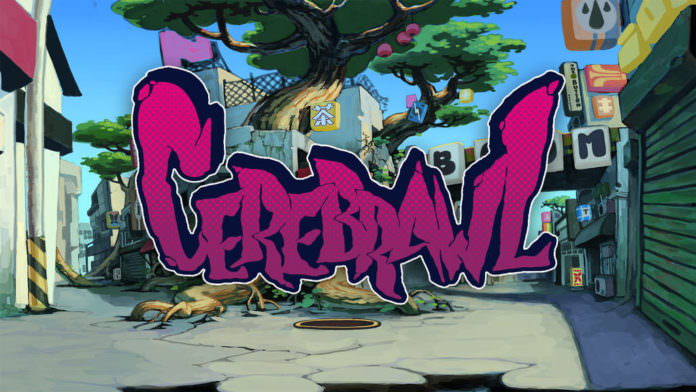 Harmon City was a typical modern metropolis. But when an Imagination Bomb is detonated at the centre of the city, Harmon City and its inhabitants are changed forever.

You might remember our Gamescom preview of Sick City, the colourful urban tactical game from ROCCAT Games that subsequently got canned after lack of funding. The game was well built and had a unique and fresh look compared to a lot of other games. Zero Dimension is creating a visually similar game called Cerebrawl. Cerebrawl is a 2v2 (or 1v1) fighting game in the style of Street Fighter, Tekken, Mortal Kombat or any other 2.5D Versus game ever. The difference is in its style and unique characters.

Our #Kickstarter campaign is LIVE!!https://t.co/nU7TzjUp2u

And we're streaming! Come hang out with us! https://t.co/sWxFC3dY2g#indiedev #gamedev #FGC #twitch pic.twitter.com/4v64NmABWU

There are currently 4 characters in development, Helen Brutehilde (Battle Witch), Operator 28 (Tac Knight), Susan of Slummerville and Jaren Mach. At the end of the campaign, backers get to vote for another 4 characters to be added to the game. The original character, Helen, is currently the only available character in the playable demo. Helen has limited features such as health refill, super meter refill, hitbox and input display. The video below shows off some of the character’s combos, including the amount of detail involved.

You ever wonder what Helen can do with just some punches and kicks (and a little help from Operator28) @cerebrawlin pic.twitter.com/nrvFZkm35o

In addition to the creative art style and fantastic characters, the Hip-Hop soundtrack for Cerebrawl is produced by 2 Mello. To get a feel for what the soundtrack will include, listen to some of the tracks below.

The Kickstarter is live now so head on over to check it out. If you think the project is worth it drop a pledge or even share it online to help it succeed. The campaign description is very detailed and includes a full roadmap for the game’s future. It also has a large number of different stretch goals depending on how much money is raised during the length of the campaign. They even have a detailed cost breakdown to show exactly where the backer money goes.