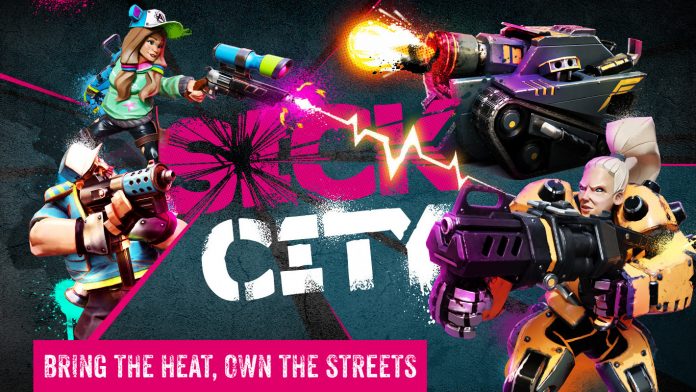 This year at Gamescom, ROCCAT brought us a lot! Not only did they have a whole new mouse and keyboard lineup but they also had two games with them, Sick City and Elevator… To The MOON! The latter is their second title from ROCCAT Games Studios and the first VR game. I wasn’t aware of either game prior to showing up at the ROCCAT booth, but after drooling over the latest gear, Tobias Schürmann asked if I wanted to check out the real-time tactical combat title Sick City.

A post-apocalyptic battle for ultimate domination rages in the streets of Sick City. Your faction will compete for control of Aimo, the mysterious crystalline energy source that fuels their campaigns for victory. Tactical building-to-building combat, up to 4v4 squad-based street fights and resource control all culminate in a single goal – bring the heat, and own the streets of Sick City.

With Sick City, the newly founded Roccat Games Studio will not only provide action-packed, tactical battles but will also integrate the player into the development of the title up to its official release. In doing this, detailed user feedback is obtained with each milestone and the players are involved in all the major design decisions of the project. This ensures that the Sick City follows the direction that its end-user base desires. 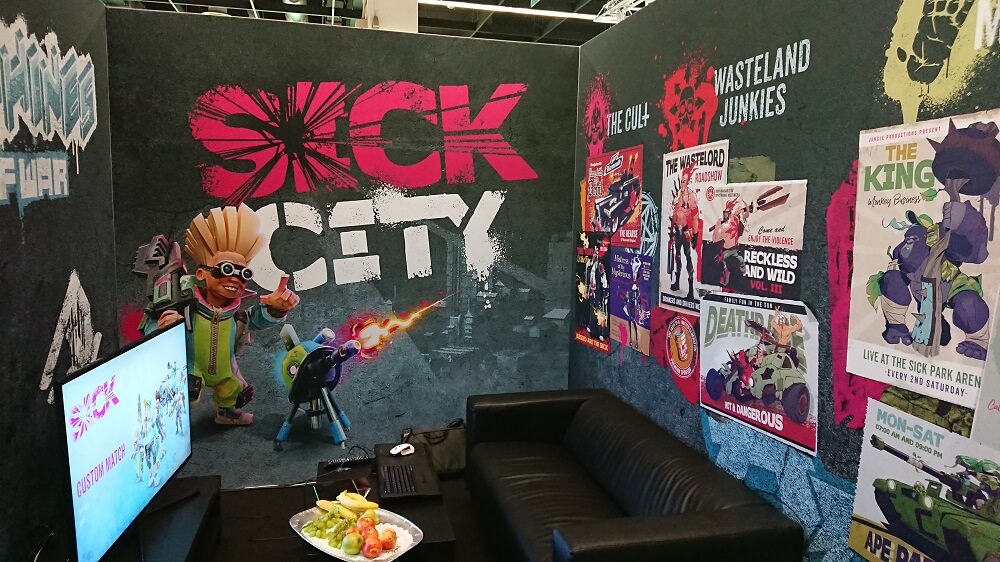 The Sick City room in the ROCCAT booth was designed around the game featuring both game and concept character art. The demo was played using the ROCCAT Sova, a lapboard that I got to try at Gamescom last year and later on review it. If ROCCAT does one thing well (and they do many) its presentation.

Tobias spent a little time explaining the mechanics of the game, who the two playable factions were and how the player goes about achieving the in-game goals. It’s 4v4 and both players battle it out against each other in a race to complete all the map objectives first. The primary objective is to attack the opponents AIMO reactor and destroy it. The two most common methods of doing this are either by stealth, where you sneak in undetected and sabotage the reactor or by going in all guns blazing. 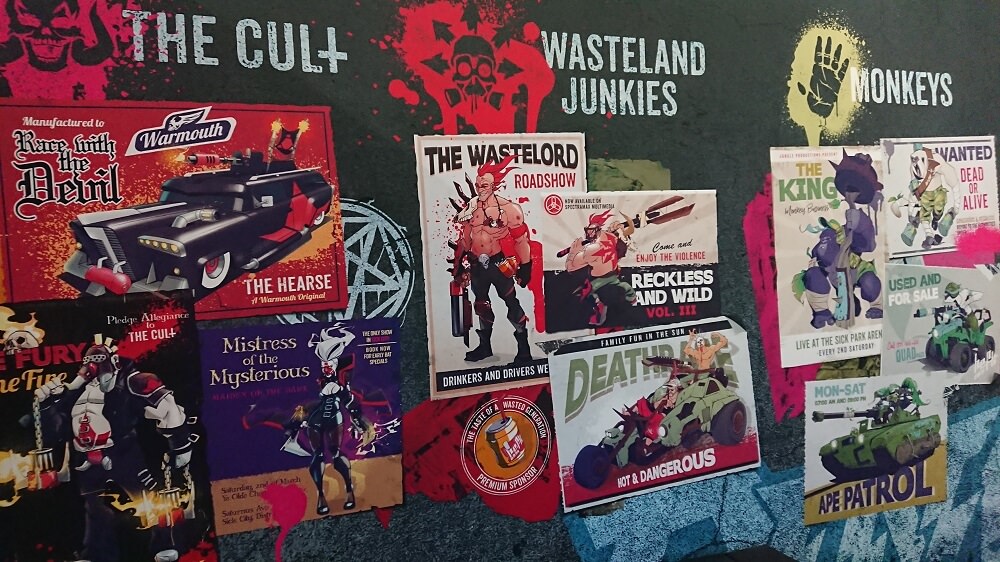 The game has a similar feel to Splatoon, Nintendos colourful post-apocalyptic title. Currently, there are two factions; “The Legion” and “The Kidz”. These were playable in the Gamescom demo while the wall was covered in concept art for future factions that they plan to add to the game after its release. The order in which these factions are released is entirely up to the players through a voting platform. These factions include The Cult, Wasteland Junkies and Monkeys. As a huge Mad Max and Borderlands fan, I’m hoping the first faction will be Wasteland Junkies but we will have to see.

The game is currently in closed alpha phase and will be released for the PC in October of this year. For more information, visit the official site.