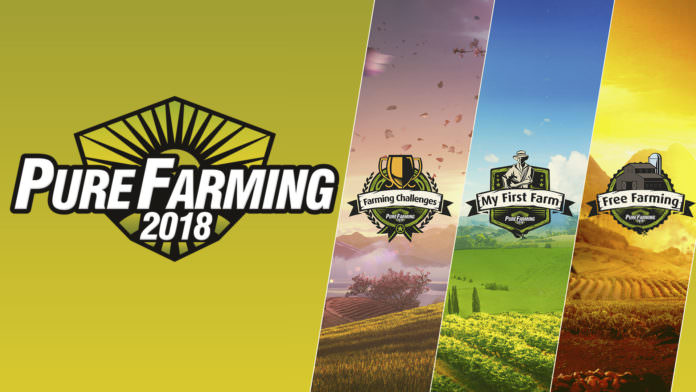 Techland Publishing and developer Ice Flames have just released a new trailer for Pure Farming 2018 titled “Best Things Come in Threes”, which shows off the three game modes: “My First Farm,” “Scenario Mode,” and “Free Agriculture”. Pure Farming 2018 releases on March 13, 2018, for the PC, the Xbox One and the PlayStation 4.

The licensed vehicles in Pure Farming 2018 were realistically modelled according to the manufacturers. The machines are specialised in the respective growing areas and come from well-known manufacturers such as McCormick, Zetor, Landini and Mitsubishi. The growing regions include, for example, North America, Italy, Japan and Colombia. Each regions comes with its own different climate along with seeds, such as olives, rice and hemp that can only be used in that specific region.

The three modes at a glance

Check out the “Best Things Come in Threes” trailer below and be sure to let us know what you think!