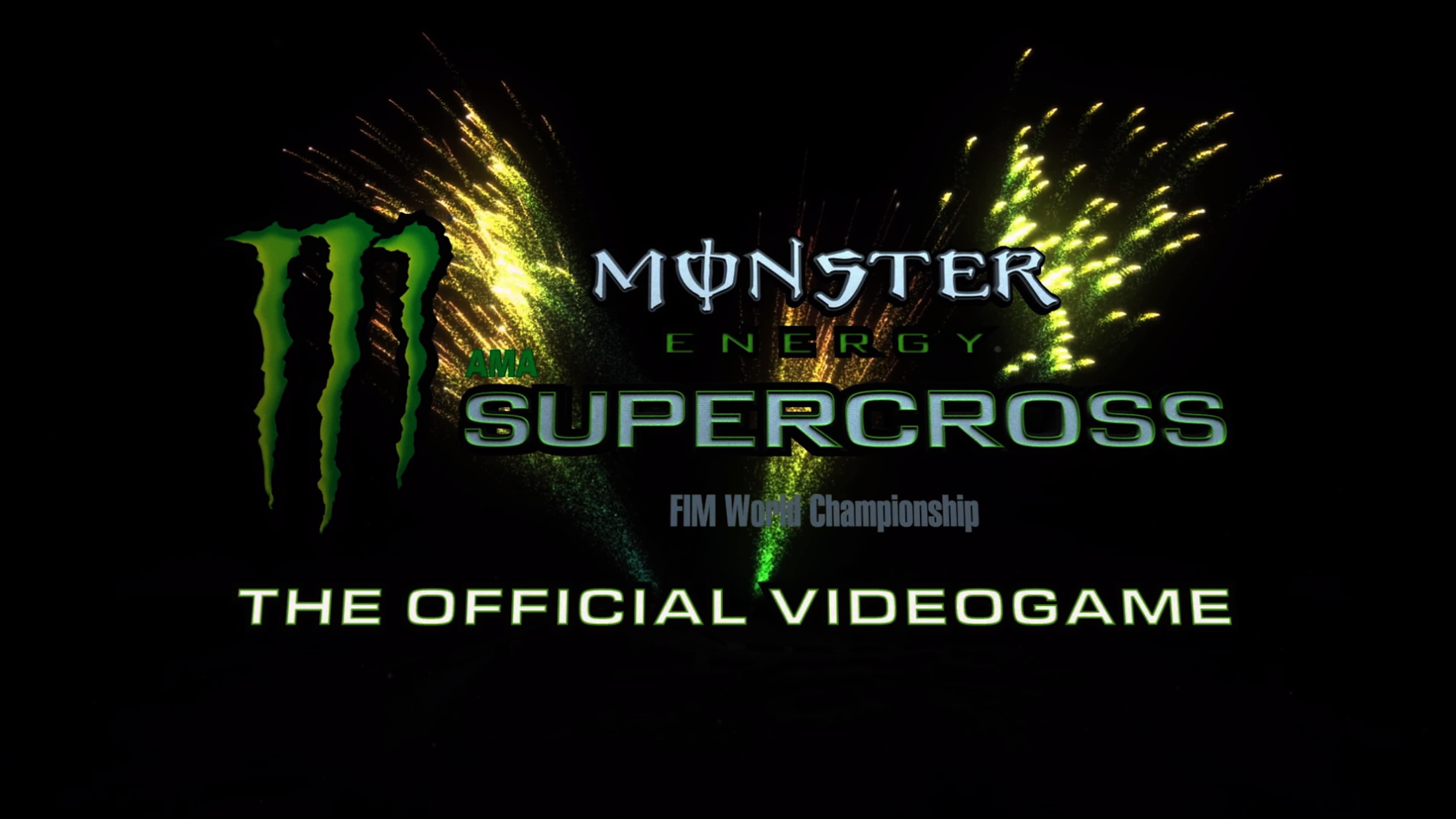 Supercross is a lot more popular than most non-crossheads can imagine. It’s also the type of sport that, given the right game, can transcend its usual fanbase and deliver some mainstream success. Motocross Madness and an infinite number of arcadier classics immediately spring to mind but Monster Energy Supercross: The Video Game aims at Supercross fans more than a mainstream audience.

A healthy line-up of official bikes, riders, tracks, accessories built into the fully-licensed North American Supercross season (250cc East and West, 450cc) is a fan’s dream. This games spa had to conduct some research to appreciate the finer details of Monster Energy Supercross’s licensing and attention to detail but it is impressive. In a world where popular sports licensing is a cut-throat industry, the license for this second-tier sport was probably procured with reasonable difficulty and cost – glad to see it paid off.

While unable to compete with the FIFAs or Pro Evs of this world, Monster Energy Supercross is visually above-par on the track. The riders look like their real-life bases while the stadia are alive with fans, bumpable track objects that can cause crashes and plenty of detail to barely witness as you focus solely on the dirt.

Each race tempts you to push it from start to finish, only to make you learn rev-discipline the hard way

The soundtrack for the game is fine. A set of unlicensed high-energy pop-punk or pop-metal that suit the game. None of the tunes are classics like ISS Deluxe Menu on SNES or TiF2 Main Theme on PS1 but they won’t encourage you to mute the music either; unlike the licensed terror of 2000s WWE titles. Yes, Mushroomhead are really that s**t.

While Milestone cannot take too much credit for the level design, the layouts are indeed fantastic. Having not been into Supercross before undertaking this review, I can now appreciate the genius of track designers. Each race tempts you to push it from start to finish, only to make you learn rev-discipline the hard way.

As a beginner with balance assists and compromised physics, momentum and over/understeer are your first lessons. A player needs to hit certain jumps at a certain speed, gently ramping hills and hitting beyond the crests on landing to keep speed up. The ability to turn on a dime at low speeds can mean that extremes in turning can be counterproductive, smooth turns and gentle stickwork are the order of the day. Along the way players are encouraged to mess with their balance using the right stick, get to know their front/rear brakes and use the clutch to keep revs high. The depth in the control and player physics means a patient player will probably appreciate Monster Energy Supercross more than fans of casual racers. The learning curve is an extended affair with some break-ups likely along the way.

The actual racing experience is somewhat similar – it takes some time to appreciate. Even on lower difficulties with friendlier physics and balance assist on, players will overshoot, jump over corners and generally spill. As a player learns to feather the accelerator or crest jumps, the physics of the game begin to make more sense. The feeling of reward as you finish a clean lap without assists is palpable. Doing so on a wet track will have you pausing a race and updating your social media tout de suite.

There are some woeful inconsistencies to be witnessed however. Pack physics and engagements with other riders seem random at best, crazy at worst. It is understandable that the beginning of a race is a free-for-all but the love of throwing my rider at any contact discouraged me from attempting the poorly-phrased ‘holeshot’.

For those of you wondering what a ‘holeshot’ is, it is a line on the first bend of the track; the first rider to reach this line wins the race about 60% of the time. So in real Supercross a good start is actually just over half the battle. I played far more Monster Energy Supercross than I probably needed to but only had about 3-5 holeshots – I won the 450 championship with one ‘holeshot’ on hard/very hard so maybe the designers were aware that ‘holeshots’ weren’t worth the gamble and adjusted the racing engine to compensate.

Despite the solid engine and impressive licensing there are some holes in the petrol tank. The loading times, even for mundane menu switching tasks, are abysmal. One can waste 5-10 seconds opening anything in the UI. Beginning a race or opening track editor can be up to a minute. The game also struggles (on PS4 Pro at least) with frame-rate. The already difficult starts are littered with frame-burps and judder.

There is some irony that a game with an admittedly tasty energy drink in the title should have such long load-times and moments where the game cannot keep up.

The AI doesn’t seem to scale fairly with difficulty. As a player gets familiar with racing and turns up the AI, they begin to exist solely to punish you. Their every jump, lean or turn seems to be aimed to knocking you over. The ‘rewind’ function is a last resort for most players in racing games where it exists but in Monster Energy Supercross, players will be tempted to hit R1 far more than their conscience is comfortable with.

It means that the human players seem quite nice by comparison.

The entire server experience could do with an overhaul. I wasn’t signed into Milestone servers most of the time I was reviewing MES. Certain functions like playing online tracks, the online racing (natch) and submitting times to leaderboards are of varying importance but should all work on launch.

The occasions where I was allowed to access the game’s network it was sub-par. The menus were slow as treacle, the mismatch in player skill was very marked and I timed out during loading a significant portion of the time. The idea of playing an entire series online only to have it fail after a number of races will put many off anything more than single races.

The track editor in MES is quite robust with some amazing creations creeping their way in to the game from the community. It’s fair to say the specialist nature of this title means that most user-made courses are from folk who know about Supercross.

Creating a track is relatively hard to get into – the tutorial is terrible and a player will be using trial-and-error more than the advice offered. The game doesn’t allow for track-side objects or stadium customisation so the tracks have an over-familiar look and feel to them. However, it is clearly versatile and in the hands of a knowledgeable user it has the potential for fantastic courses.

With a little patience and some interest in off-road biking, this game is worth playing. Without these, you should avoid it

Monster Energy Supercross doesn’t pander to a neutral crowd and credit must be given for the attempt at a deep physics engine coupled with details that only fans of the sport will appreciate.

The game lacks the polish of higher-profile sports game but that won’t put off fans of Supercross. The online multiplayer, loading screens and menus are unfortunate results of focusing on what makes MES worth playing – the actual game. With a little patience and some interest in off-road biking, this game is worth playing. Without these, you should avoid it.