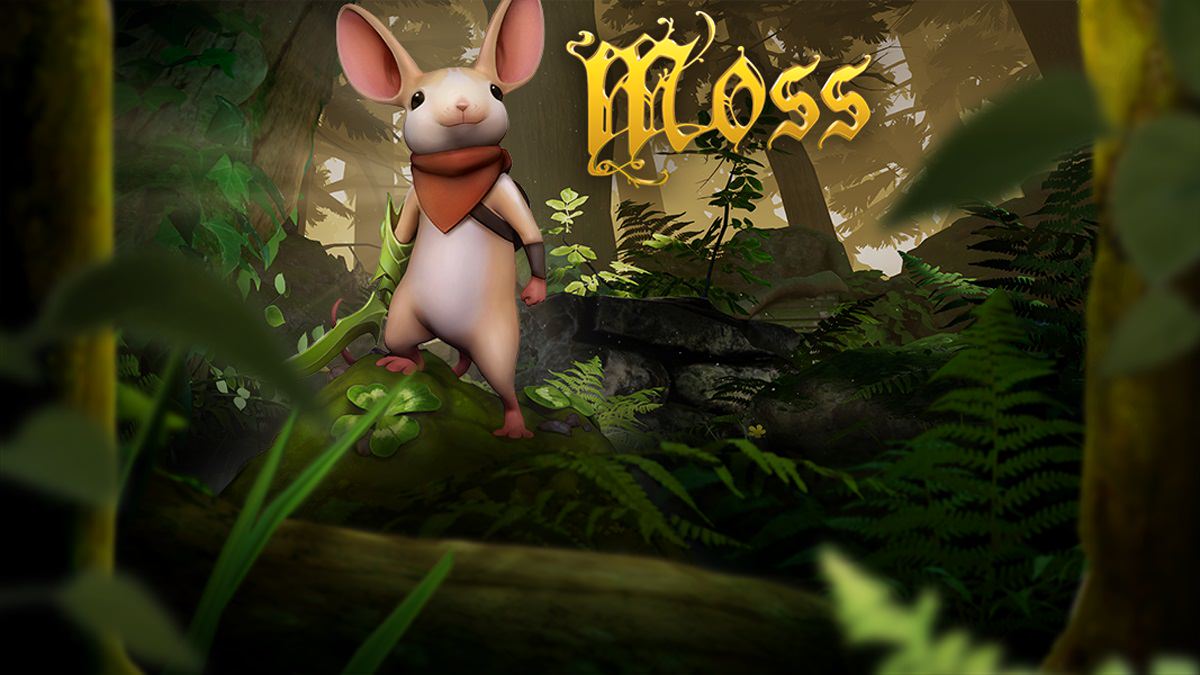 PSVR games are thankfully trickling out a little quicker these days but games that utilise their medium rather than work around it are still rare. Moss definitely exploits its VR platform and is the type of game that will wow a seasoned VR player as much as the newcomer with its teasing puzzles, stunning visuals and its use of space.

We enter Moss via a library. In front of us is a lectern and a tome which we are encouraged to open. A narrator almost whispers the story to us as we peruse some accompanying art. The player then takes their seat in the forest and we meet our rodent hero; a shy white mouse named Quill. The player acts like an active observer, moving around for a better view or lending a helpful blue orb to Quill. Moss immerses a player convincingly into the story without resorting to first-person.

The game is broken up into scenes rather than a contiguous journey. Each screen has some puzzling, platforming, narrative elements or combat to deal with before progress is granted. There are also scrolls and relic dust to hunt down adding some exploration and bonus puzzling. Collectables are not an overbearing presence in the game; inviting rather than guilt-tripping a player to go that extra step to unfurl that scroll or rail that relic dust.

With combat being largely confined to one-button, the player will instead trap the enemies or hijack them using our overlord hand

In Moss, our hero may carry a sword in this tiny scabbard but he isn’t much of a fighter. His main weapons are timing and a weird belly flop. With combat being largely confined to one-button, the player will instead trap the enemies or hijack them using our overlord’s hand.

However, the PS4 controller can be awkward when trying to manipulate certain objects. Added to this, leaning around the screen can see your ethereal hand wildly flitting about. The system is great when it works but niggles like this are a little too common, even over the 2-3 hour run-time.

The forest in which Quill resides has been taken over by a demon snake. Typical. The forest itself is teeming with life and whimsical anthropomorphic detail. The animal village is one of the most beautiful things this games writer has ever seen – something straight from the fertile and uncorrupted imagination of a child.

The quaint innocence of the early game contrasts well with the darker, dangerous scenes as a player approaches completion. Juxtaposing the pastoral beauty of the old life against the darkness that threatens it gives the quest an importance that some games of this genre lack.

The introduction and the first screens of the game are a fine example of game design. The story and style will entice and enchant a player and that first scene with Quill is heartwarming. When the game begins, you will be shown the essentials and off you go to the next screen where a simple puzzle introduces the ‘grab’ mechanic. 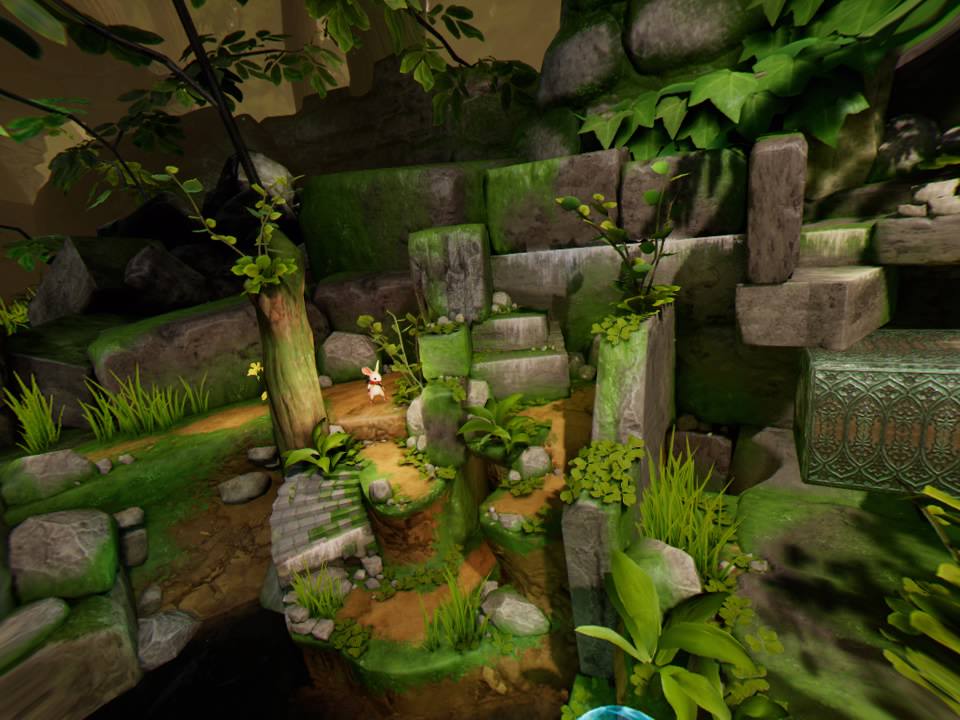 This grabbing mechanic allows players to manipulate the world like a hallucinating, hands-on god. The gentle introduction to mechanics fits the game’s style. Moss is an excellent example of shuttling a player through a game unbeknownst to themselves.

The middle of the game sags a little bit. Some of the puzzles and fights aren’t much of a challenge and serve as more of an area to pass through and not appreciate as much as other screens.

As the game hurtles towards its conclusion, the puzzles demand more dexterity and more forward planning. Players will need to be quick with their god-hand and platforming skills. The final boss is a prime example of the type of dynamic thinking that players will have used throughout their quest. Instead of a true battle, it plays out more like a platform Colossus. Outmanoeuvring the giant serpent is a thrilling climax to a game that has been teaching us how to beat it since the very beginning.

Moss is incredible to behold in VR; Quill is outrageously cute and the world in which he lives is idyllic and wonderful. Players will gladly run through Moss to stop evil from threatening such beauty. The issues surrounding some inconsistent controls and brief sag in quality are minor when put in perspective by the raw delight that Moss is filled with.