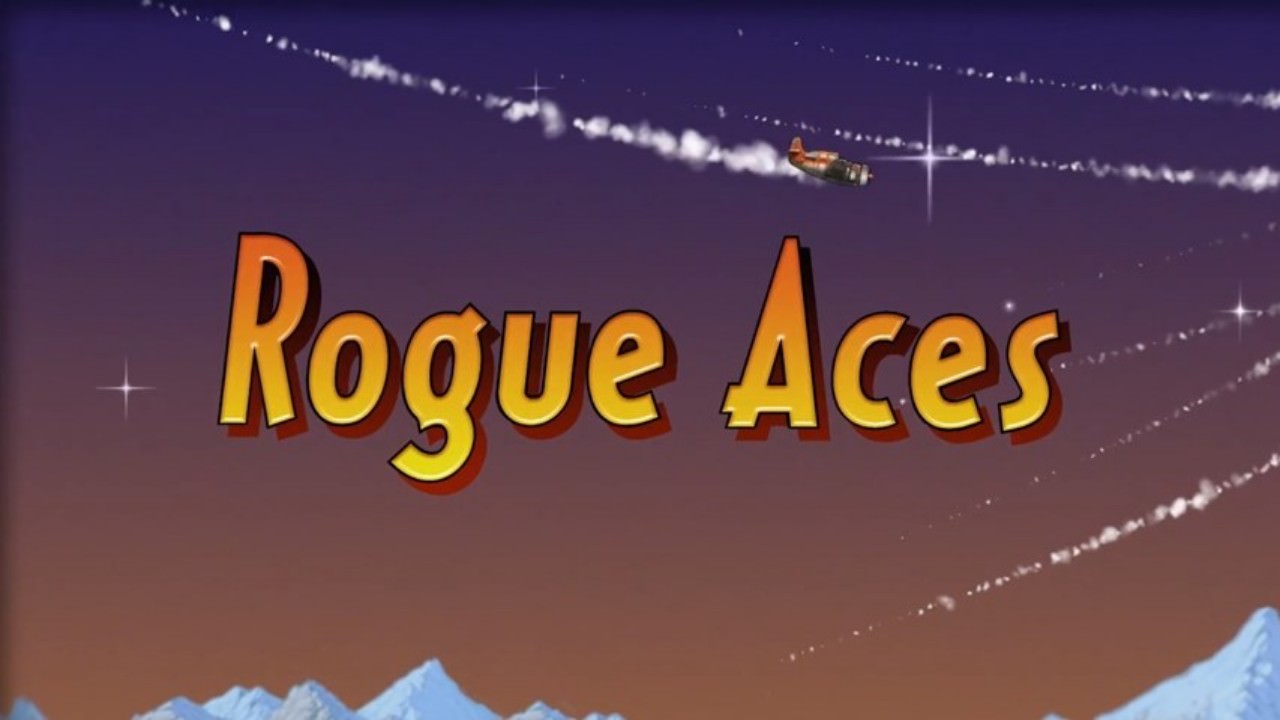 Rogue Aces is a side scrolling, dogfighting wall of impossibility. And in true British fashion, you are expected to keep calm and deal with the 100 procedurally-generated campaign missions, and then there are other modes to unlock:

Veteran Campain: No drops or aids
Frontline Campain: Time attack
Arcade Mode: Unlockable modes within such as survival in which the player fights as many waves as possible with one plane and unlimited fuel.

This all sounds a bit overwhelming, right? Well, there are certain mechanics in place to help out. Firstly, landing the fighter back on your battleship for repairs, refuel and reload missles/bombs. Sounds simple right? Nope! A decrease in speed and approaching angle has to be spot on, meaning a manual landing could jeopardise a job well done. Thank the maker that there is an auto land option by pressing B for a small points cost! 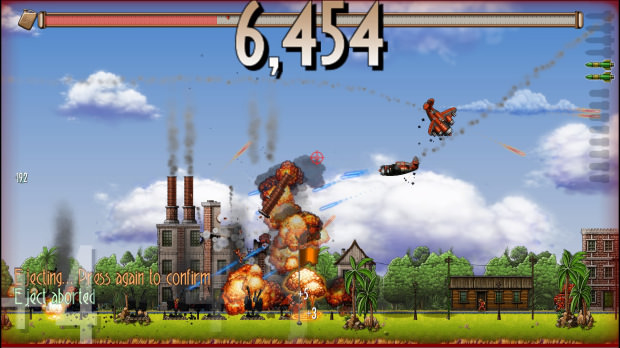 Secondly, fighters have unlimited gunfire with the backup of Rockets (no homing, grrr) and bomb drops to clear out ground forces. Also, pressing L will give the fighters engines a boost subject to the condition of said fighter. This gives a big advantage when dealing with swarms, blast out of there and double back packing heat!

Lastly the player can eject their pilot at anytime to do a variety of nifty tricks! Aim at an enemy fighter when the fighter is a bit worse for ware, eject and instantly take over the enemy fighter to carry on pushing back. The player can also eject over occupied strips of land to use their fighter as one big missile, carpeting the land with grenade throws. Lots of ways to make some fun out of a tough situation here!

The controls were a big hurdle when approaching Rogue Aces, mainly in the direction mechanics. You use L stick to manoeuvre and R stick to control acceleration, but it’s not as simple as that. The best way to work out this mechanic is to treat the L stick as a clock face, rotating to move around rather than pointing in a direction. It’s really awkward at first but makes complete sense!

The game starts different every time thanks to its procedural level building, which is great for a game with such a steam end goal. It saves the player bieng stuck on the same level and just keeps gameplay fresh! The graphics really remind me of the game boy advance era, I want to say Advance Wars with the chunky design style. This game looks really awesome on sunset levels I think, just the shades and shadows give it a real mood against an epic soundtrack.

MAIDEN! The soundtrack couldn’t be more perfect! Go and listen to “Aces High” by Iron Maiden, It’s THE influence as far as this writer is concerned. The SFX are full and do their job admirably. So much so that they fall into the background while the utter mayhem falls to the forefront of gameplay. 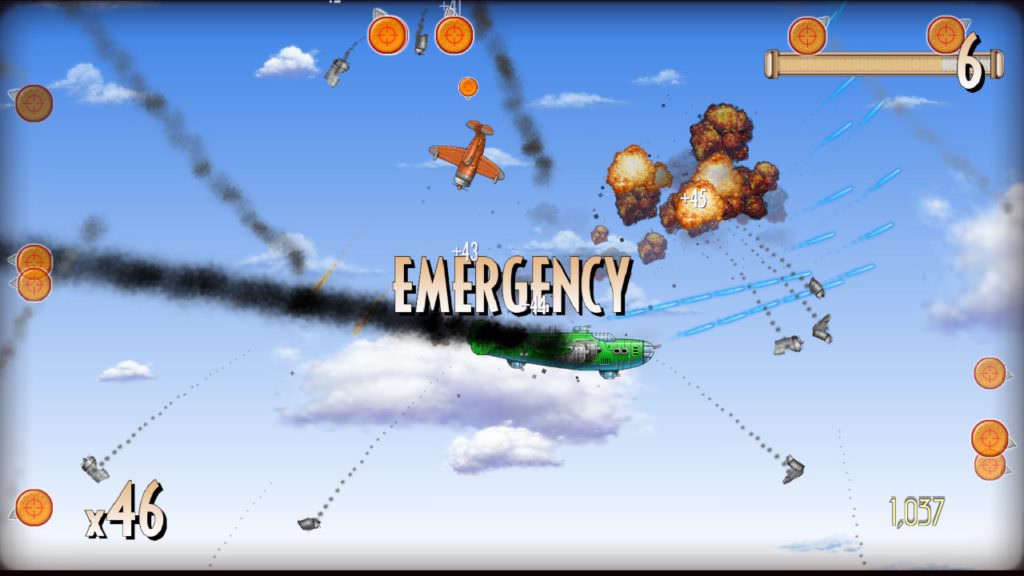 Rogue Aces is a great indie title to land on Switch, although the learning curve can be a tough one the pay off it worth it. Ejecting from one fighter to another whilst in the middle of an intense dog fight make the game in my opinion. One thing this reviewer felt was missing was some level of co-op or online play, Rogue Aces has bags of potential for PvP dogfighting.