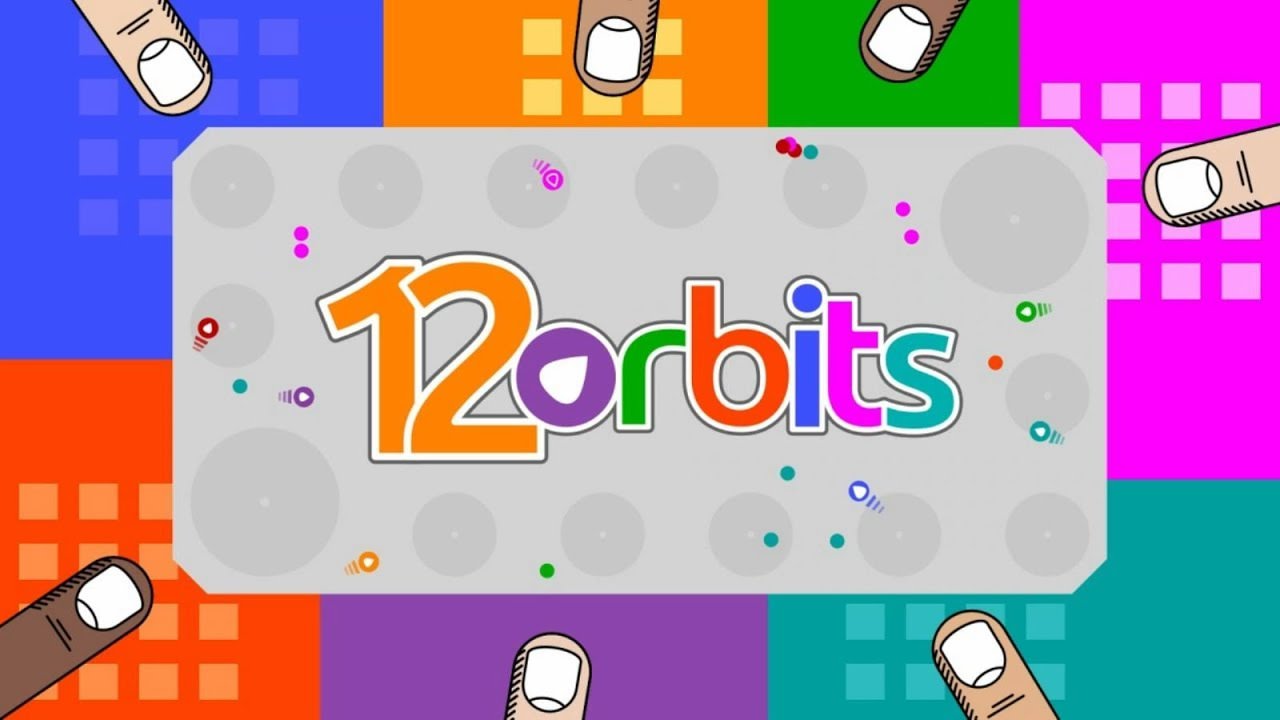 Please play this party title and tell this games writer It doesn’t remind you of the human fertilizing process!? 12 Orbits Is a simple and easy party game that’s difficult to master from Roman Uhlig which hurries deep into you’re blood stream straight away!

Unlike many Beverly Hills residents, 12 Orbits has no problem bearing its wrinkles to the highly cheekboned party game market

The main buy in to 12 Orbits Is you don’t need extra controllers, accessories or even a bank balance. Up to 12 people can play with both Joy cons and the touchscreen as gameplay only requires one button per player. Whilst no single player is a little disappointing and missing a huge market gap in this writers opinion, we do have the many local multiplayer modes available…

Arena: Hit free standing white spheres to match colours to Dominate the play space so enemies has no place to hide. If they collide with a turned sphere it’s a goal!

Trials: Reminicient of snake, collect white spheres to shoot at opponents or corner them so they cannot avoid the opposing coloured spheres

Arena: Same as Versus but with up to 12 players

Trials: Same as Versus but with up to 12 players

Blizzard: Hit spheres to make them the relevant colour, however don’t let the opponent knock any spheres into your barriers.

Multiball: Hit spheres to make them the relevant colour then shoot for the opposing sides goal (association football for nerds).

Again, another missed opportunity here is lack of online multiplayer that caters for those gamers who are all alone sitting in their own filth…

But it does prompt a good party environment providing all of your guests have good hygiene and don’t bite. Detach the joy cons or it gets a bit cosy.

With 20 maps to choose from with 5 modifiers the fun can go on for hours providing you’re teamwork is up to scratch! 12 Orbits is a clean a crisply presented title that doesn’t try to out do itself with SFX and hi-res textures; such graphical finery is simply not needed.

Also, the soundtrack again falls into the background. Players are safe to put on their songs of choice whilst chugging and not have to endure a half-arsed experience. Lastly a lovely addition is a colourblind mode, which is a great addition to the aforementioned to join in the fun as well.

12 Orbits is another brilliant example of an indie developer who just wants to create a great experience without giving it an unnecessary facelift. Unlike many Beverly Hills residents, 12 Orbits has no problem bearing its wrinkles to the highly cheekboned party game market. Addictive gameplay with a variety of options at no extra cost is just what we need.