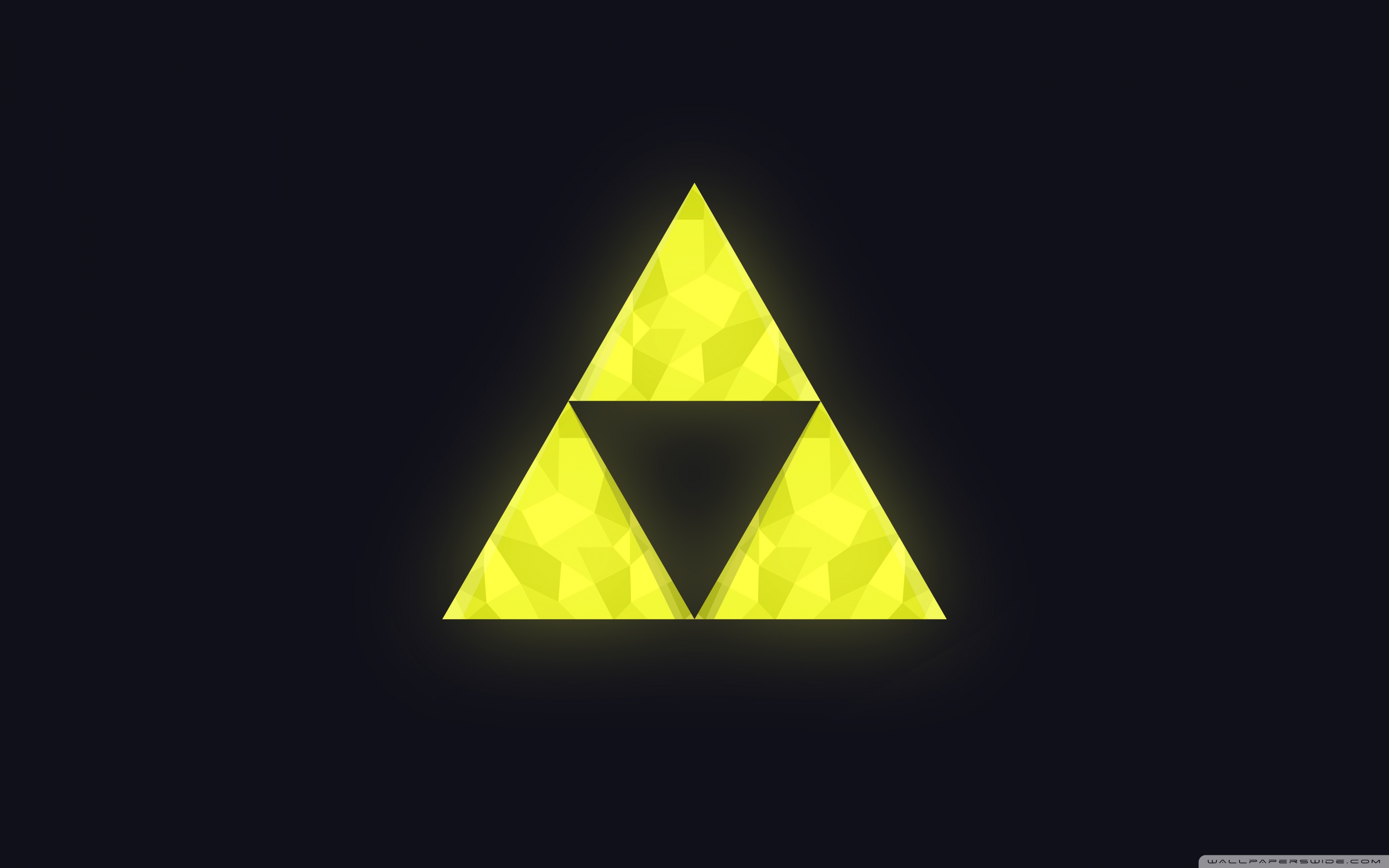 The Legend of Zelda series has been a very unhealthy obsession of mine since I was around twelve years old. From collectors editions, limited edition consoles, actual ‘Master Swords’ and more, Link is truly a love interest and my romantic Achilles heel.

My first memories of the series start with going round to my friend’s house to play then-new Smash Bros.. I fell In love with that title there and then, I kept picking the green chap with blonde hair as he had a cool jump attack. His name was Link. When I asked my friend who he was, my ignorance was a source of piss-takery for the rest of the day. How dare I be a Pokémon fanatic without knowing the rest of Nintendo’s 1st party IPs right?

So I borrowed another friend’s N64 and a copy of Ocarina of Time. THAT is when my love affair started with the Legend of Zelda franchise. Memories of looking through magazine comments pages for hints and tips, hearing rumours of friends of how to get the master sword from the start of the game, that one kid in school whose Dad apparently worked for Nintendo, the list goes on.

At the time, Ocarina of Time was the closest the gaming world had come to open-world gaming on console. Although the majority of story was still on rails there was time travel options and little side quests to take care off for extra heart pieces. The series to this day Is coming in at roughly 98.12 million units, so it’s kind of a big deal. So here goes another journey through gaming nostalgia and time, this is my love affair with the Legend of Zelda series.

Ocarina and Majoras mask came and went, and so did the N64. Next up was the GameCube, Nintendo’s last effort to keep up with the competition in terms of sales and third party content. Although it wasn’t the most successful console it did have a loved pad and a solid library of first party content. When Windwaker was announced the gaming world was in uproar with the cell shaded style the series had taken on. This design choice proved to be one of the most popular style choices in the franchises history post launch and even spawned 3 spin offs on Nintendo’s handhelds of the time to great success. (Fan bases, go figure!)

For those who played Windwaker will agree, this was very much Ocarina of Time for the next gen. It didn’t really venture far from the tried and tested formula of Ocarina like Majoras Mask did. We had a musical item that helped you access areas, change the time of day etc. just like the Ocarina and most of links weapons returned. The only mega difference was the sailing mechanic which has never gone down great with fans, however I feel this is an improvement over Ocarina. It actually made travel interesting. It was Also nice to see Nintendo have a bit of fun with their IP by putting a light hearted spin on the series (and cheese, Nintendo loves getting out it’s cheese board). 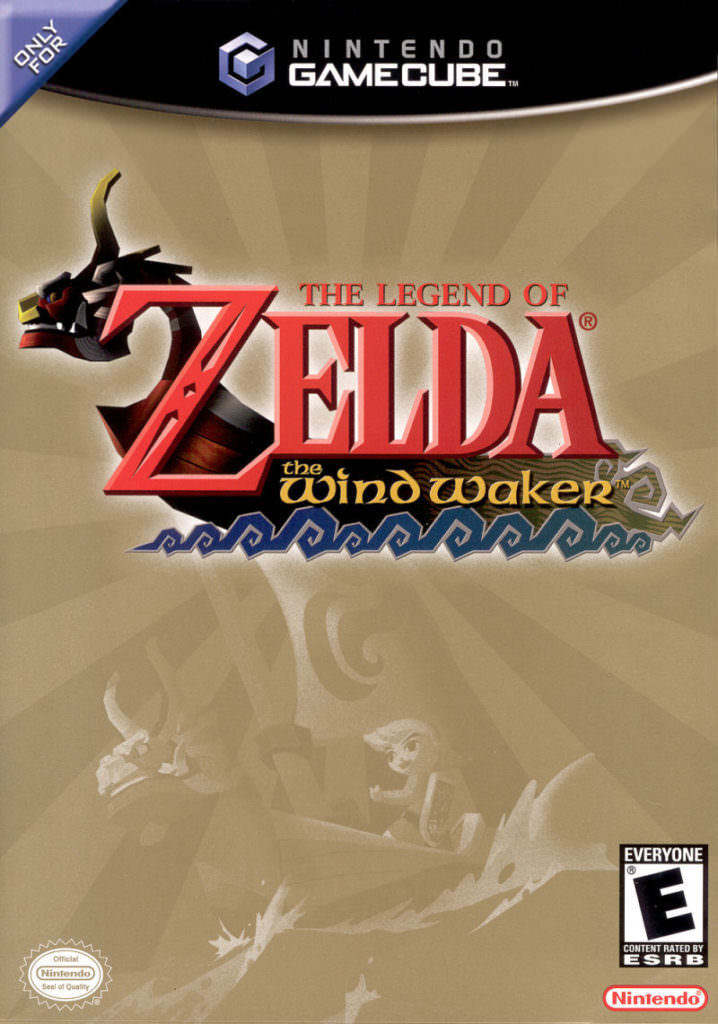 Even the soundtrack is legendary and well received, I’ve lost count of how many covers of the Dragons Roost Island theme I’ve heard. Much like other loved franchises like Star Wars, fans need to understand that franchises need to evolve and take risks just like they did in their infancy. This is what makes a gaming franchise in my opinion. So many great memories of Windwaker, such as jumping out of my skin at the redeads and going under the oceans to see old Hyrule for the first time since Ocarina. Amazing game and has stood the test of time, the HD remaster can be grabbed for £12-£15 these days on Wii U.

Return to Hyrule via Warhammer (AKA the Nerd’s Quest)

So after the hype for Windwaker died down I began ignoring the franchise for a while, started playing Warhammer, got into playing guitar and playing with bands. It would be until the launch off the Nintendo Wii when the LoZ piqued my interest once again with Twilight Princess. 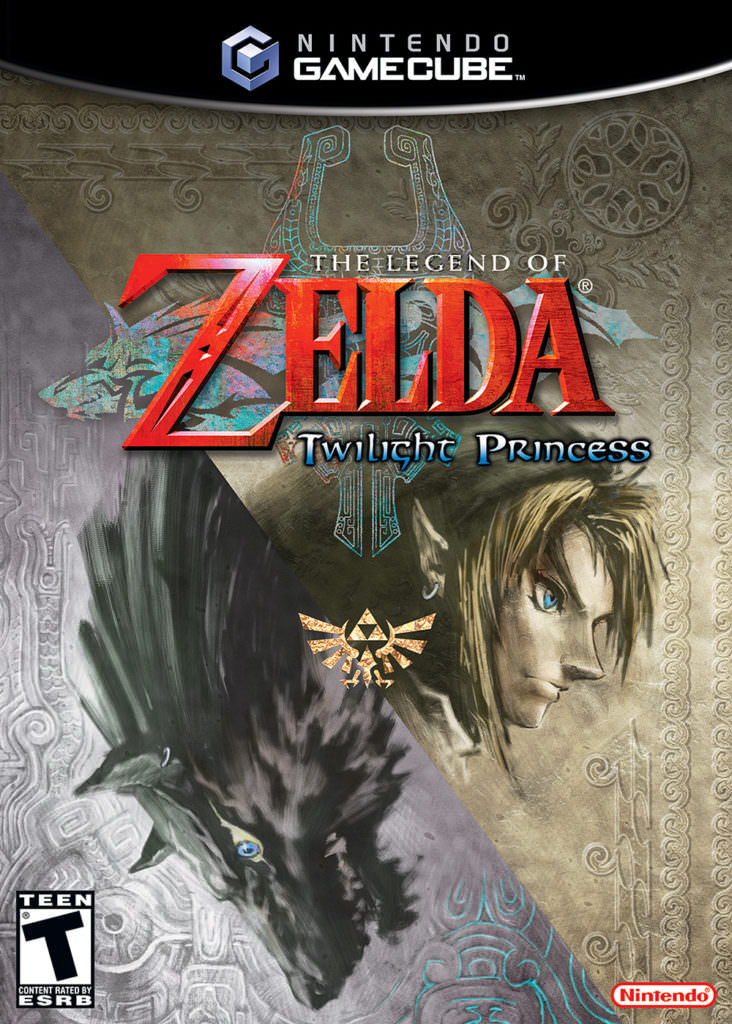 For me, Twilight Princess was one of the few examples of Nintendo giving into its Zelda fan base and creating a realistic looking Zelda title. Especially with the official announcement that this going to be the last realistic Zelda title. Much like Breath of the Wild, Twilight Princess saw a dual release on Wii and GameCube. However hardly any GameCube units were sold, which means today it’ll cost you around £50 for a copy! It seemed like the whole world was caught up In the launch hype of the Nintendo Wii. Whilst the spec of the console was very similar to that of the GameCube, it featured motion controls which became that popular Sony and Microsoft attempted to enter the motion gaming market with Move and Kinect. Both kind of just flopped…

So Twilight Princess featured some motion controls for when Link is finishing, fighting and so on. It was a very basic motion system that just required a wiggle of the remote mostly. But at the time that was good enough; you could control Link with your movements.

Twilight Princess saw a new mechanic of Link turning into a wolf whenever he entered the realm of Twilight which saw a new angle on game-play. However, the angle was still the same. Get the key item from a dungeon, find the master sword, rek the bad guy. Although the gameplay was solid, sold well and again stood the test of time with a HD remaster on Wii U, Twilight Princess was a very smart and brave move by Nintendo.

They gave fans what they wanted, the fans then turned around and thought the whole experience was a bit flat and uninventive. Haven’t heard a fan base moan about the franchise half as much accept for valid points, which brings me to Skyward Sword.

Skyward Sword was a technical achievement for the now dying Wii platform in Graphical fidelity / style and use of Motion+ Remotes. As we now know in the LoZ timeline, Skyward Sword was the very first adventure of Link and the origin of the Master Sword. This was set to be a smash hit, but the problem was that the formula by this point was a bit worn out. Cracks were showing In Twilight Princess. 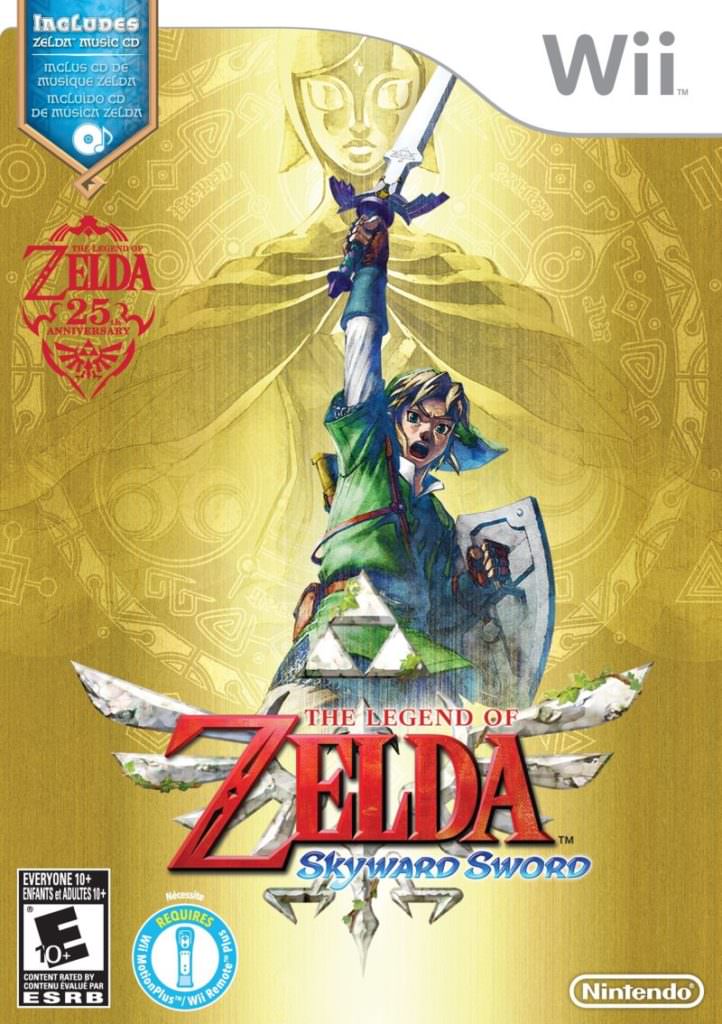 Whilst the motion + controllers features were a cool addition and incredibly accurate, Link was constantly running around with a raised arm and they was no option to just fight enemies traditionally. This force feeding of Motion controls at a time when the industry was over the craze didn’t really go down as good as It deserved. Personally I just couldn’t be bothered to swing my arms around, which is the feedback from a lot of gamers. I play games to wind down and relax, not to fuck about waving a remote about.

Meanwhile on the flourishing 3DS we saw 2 remakes of the N64 classics Ocarina of time and Majoras Mask as well as an original title Link Between Worlds, the direct sequel to Link to the Past. The remasters were amazing and were welcomed by the fan base, I wouldn’t dream of playing the classic copies anymore due to aging quite poorly. The 3DS remasters saw better character models, clearer visuals, textures and small adjustments to the mechanics. This writer would recommend these and all Zelda remasters over their originals. 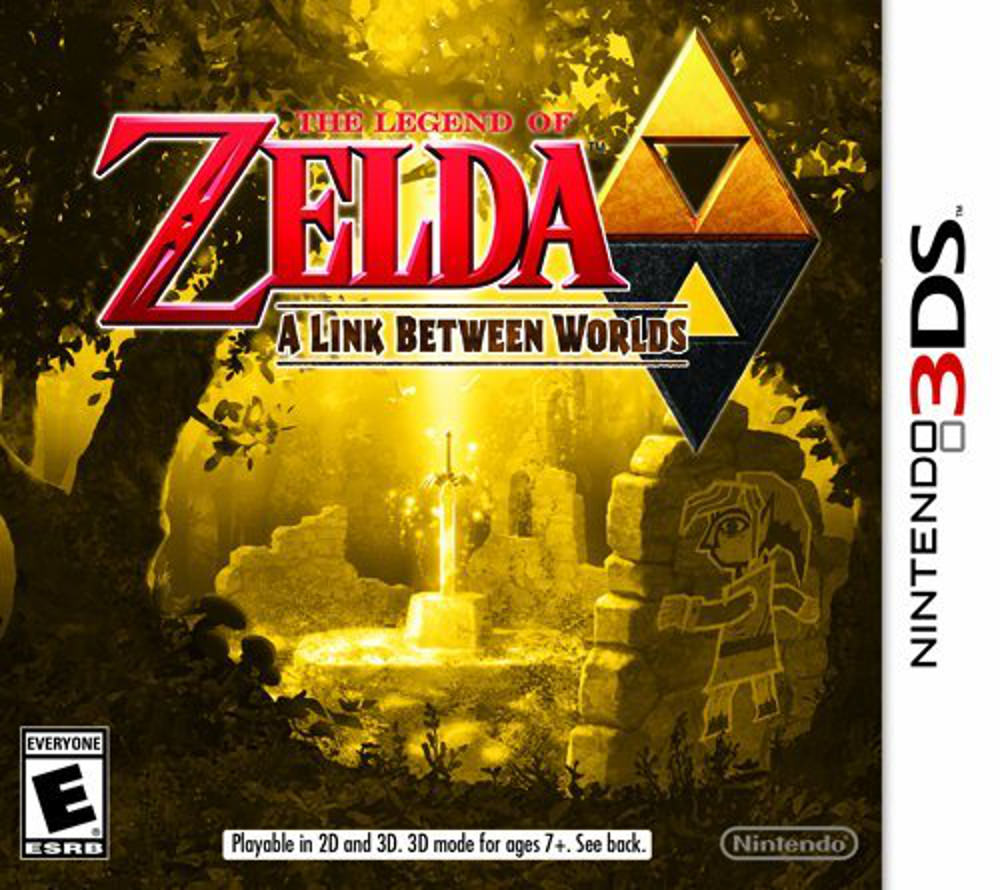 A Link between worlds saw a return to LoZ routes with a top down world, a sweet new mechanic where you can move into walls as a painting to navigate the in game world and dungeons, an alternative landscape, rental of essential in game items for different dungeons and a great effort at level building and visual design. This felt good, Nintendo released the franchise from its shackles. This paved the way for what is practically the ‘re invention of the wheel for the Zeldaverse, Breath of the Wild.

How Do They Keep Breaking New Ground?!

On 3rd March 17 we saw the simultaneous release of the ground breaking Breath of the Wild on Wii U and Switch. This game completely broke the mould of the 3D Zelda game. The team openly admitted that they were inspired by games such as Skyrim and went with it, however this was also a return to the franchise routes. Those of you that have played the original TLoZ on NES will understand that this too was an open world of sorts on a much smaller scale. The developers wanted to once again instill this essence of adventure and wonder into the game. It’s actually ridiculous what you can do in this game. Climb 99% of surfaces, explore every crevice, hundreds of breakable weapons to collect and more. 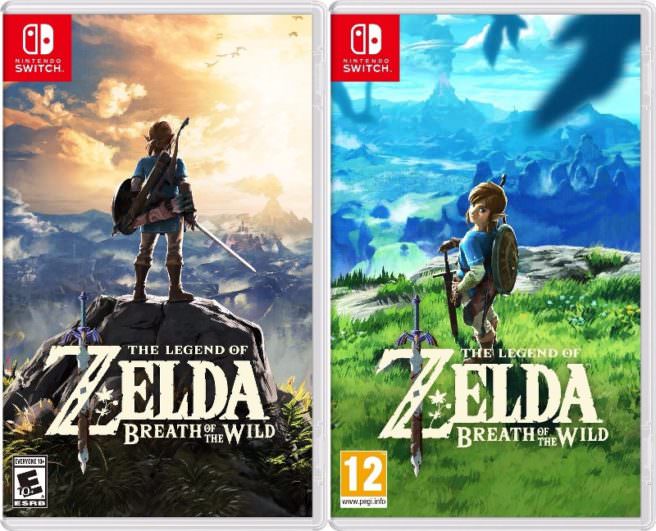 Everything about TLoZ has been ‘re imagined to keep the essence of the franchise there. For example there are 4 main dungeons in the divine beasts and 120 shrines which contain mini dungeons. The mini-dungeons are the replacement of heart pieces; restoring heart or a stamina gauge fill. The ways the player can destroy monsters and approach situations are limited only by your imagination. One only has to search YouTube for Breath of the Wild hacks to find people making floating logs that carry you into Hyrule’s atmosphere or shrine glitches to find creative shortcuts that players have invented.

Also removed from the series are traditional stores and items, a cooking system is now in place to create meal for health /stamina refills and stat boosts. You can still find traders and the odd shop selling special ingredients, arrows and on occasion armour, but the best way to find items is go out into the Wild and hunt it out. To help with navigating this expansive world is your ‘shieka slate’ which has magical powers for magnetism, kinesis, bombs etc. which are a nice addition. Voice actors are now setup for main characters also, but not link of course.

Even DLC packs have dropped expanding the story and adding to existing lore of the game. This along with all the other changes in the game has given this game legendary status. Breath of the Wild is one of the only coveted games to receive multiple full score marks by multiple outlets. There isn’t a bad word to be said about this game. And the trend is set to continue, which is great. We are at a point in time where virtual consoles are present to bring back all our old titles onto one console affordably. Want a more traditional Zelda experience? Go play it!

Now that Breath of the Wild is officially over we now look to the next title in the franchise. We don’t know what that will be yet, but I have no doubt it will build on Breath of the Wild success and once again show us how much Nintendo love their IP. Not more than me though, hence the article!