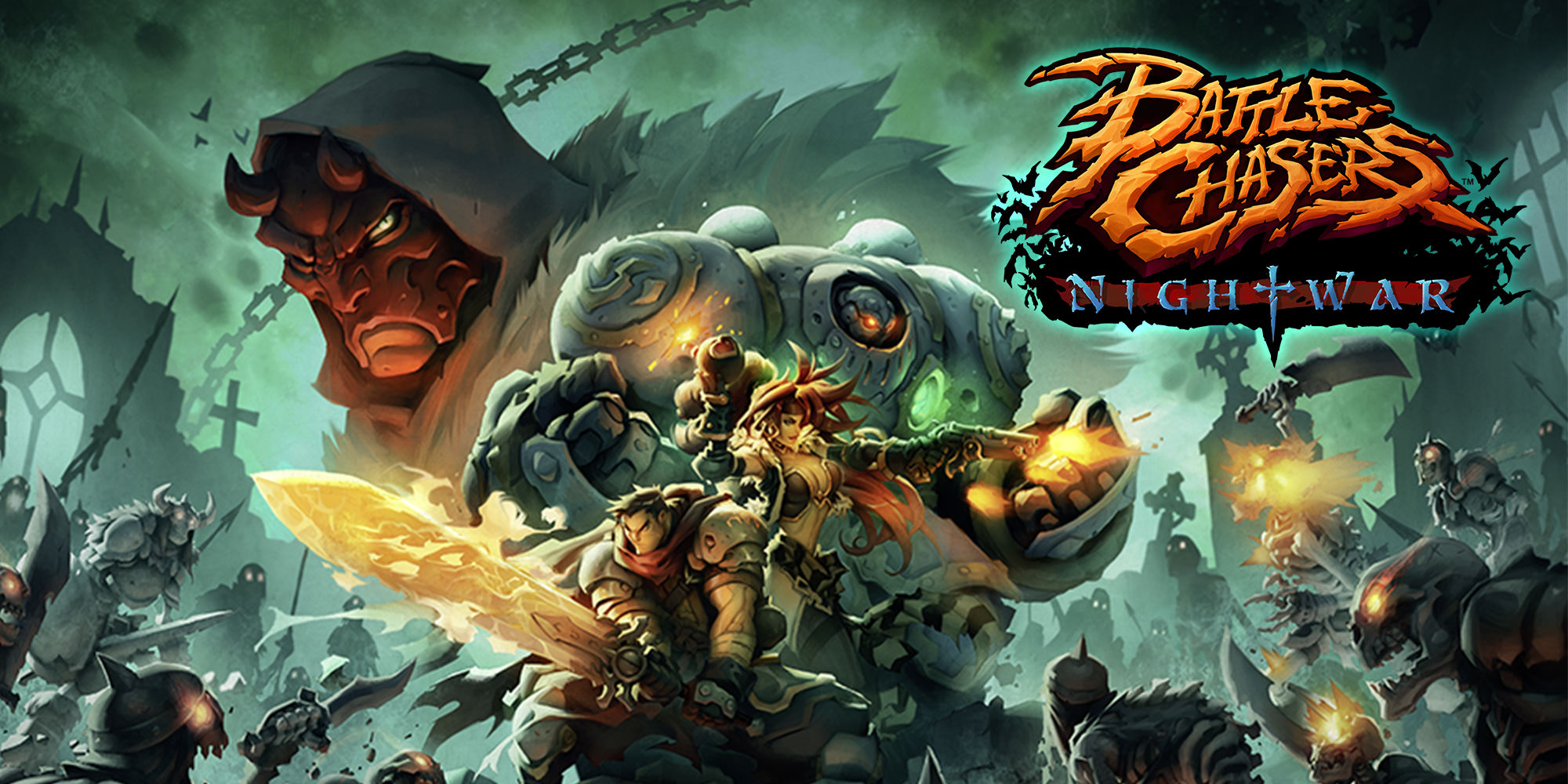 In addition to It’s amazing kickstarter development story, Battlechasers: Nightwar finally makes It’s way to the Nintendo Switch courtesy of THQ Nordic. This turn based isometric RPG has built up quite a following since it’s initial launch back in 2017, let’s find out why.

For a start, the story, dialogue and events that unfold is simply engrossing. Whilst most of the “edge of your seat” moments are down to some well executed gameplay some of this action can be associated with well developed characters and a wealth of backstory and lore (Kept In a handy Lore Book for later consideration) In true JRPG fashion, traversing the game world Is a case on walking set paths on a zoomed out world map which works very well for the title. Some might argue that this is too ‘on the rails’ for today’s standards, this games reviewer disagrees. The industry is currently jam packed with open world RPGs branded with big developer stamps, Battlechasers serves as a welcome break and a call back to much simpler times, before the Empire. 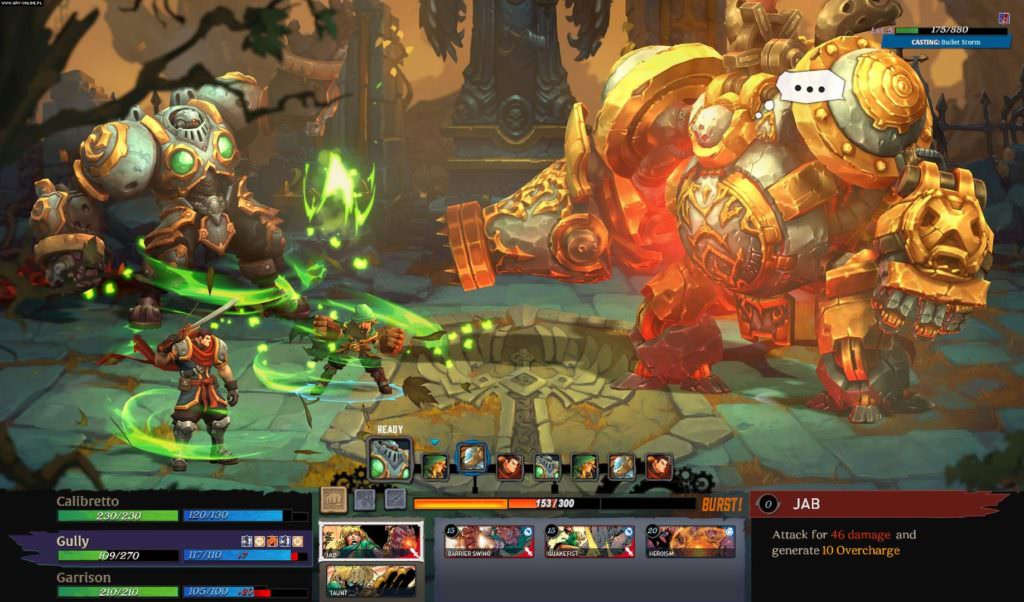 Battlechasers delivers a seamless but detailed cell shaded art style which could be likened to the World of Warcraft franchise. Character animations are snappy, well rounded but smooth which In some areas looks like motion capture was utilised. Whilst the game mostly performs at a solid 30 frames per second, dense and populated areas can suffer from a drop here and there however it’s not a game ruining experience by any means

The menu system is designed with efficiency in mind, something that this genre can suffer from infamously. The main in game menu is operated by using shoulder buttons to view different pages of your diary/log. This includes an updatable bestiary, inventory, stats for different areas, character customise pages and more. Another menu is also employed to take care of saving and game options which is a wise move to keep players engrossed in the title.

Although every character interaction is voiced, the main sequences are. And it’s a solid performance from all actors. Nothing wooden or half baked here, the script also goes inline with the parties various personalities and motivation which is something that can be overlooked slightly in other JRPG style titles. The soundtrack is typical of the genre in its grandeur and execution. Players will experience some invigorating background music whilst traveling whilst tenser moments during various confrontations and boss fights have more of an impact, very well done

There are no random enemies popping up in this RPG, most enemies can be seen in dungeons as you approach or are signaled on the world map. Some enemies do employ cloaking mechanisms but can still be noticed to the keen eyed enthusiast. The battles themselves as previously mentioned are turn based and jam packed full of strategy and well balanced. Damage effects are heavily relied on as to be expected which can include bleeding, curses, shields etc. This really takes the game-play to a meta game kind of level, but would never work as such due to set character move set paths, more on that later.

As a fresh take on the magic system in turn based titles, players are introduced to a power up called overcharge. This Is built up by using simple attack and defence moves which In turn temporarily extends the characters magic meter in order to take care of harder enemies with style! Another meter is introduced later In the game that allows one player a special ability that differs between Characters, you might say it’s similar to the summon system in Final Fantasy titles. 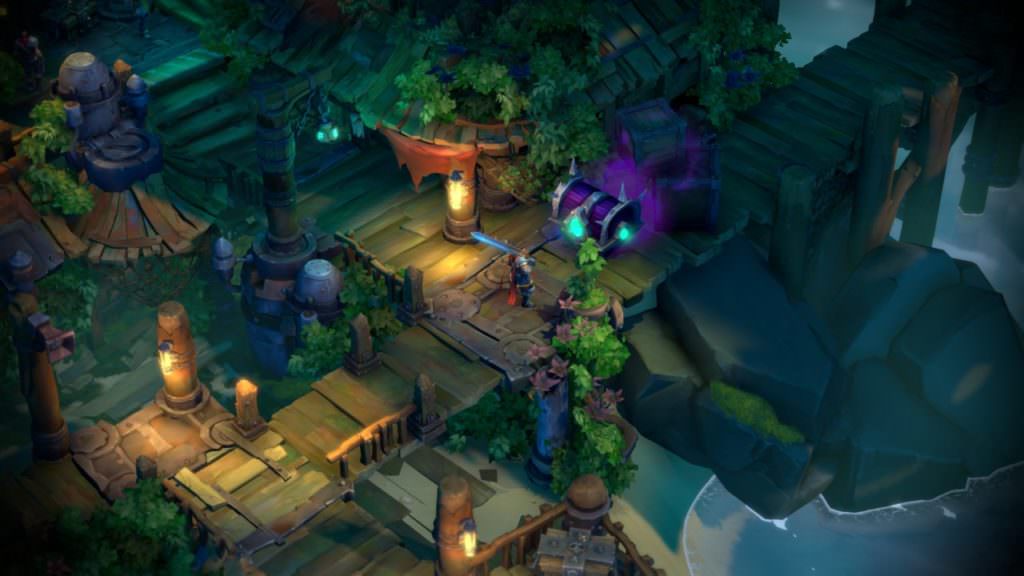 Characters move sets are predefined which leaves little room for customisation In that regard, but this hang up is quite an efficient one. Rather than over populate the fight system with more sub systems than necessary, THQ Nordic have opted for a more controlled experience with move sets leaving customisation options for the hero perks sub system.This In unlocked later In the game and allows players to increase the powers of special attacks, up their health and so on. Synergy between characters Is also a leading point as to why the battle system works so well. For example, one character may be able to cause bleeding damage which allows another character to cause more damage by using a certain attack that buffs due to said bleeding. Characters roles In the party are also clearly stated such as healers looking after tanks, tanks draw damage away from the team which allows offensive characters to deal out critical hits.

Dungeons can be tackled in 3 levels of difficulty, with the loot getting better the higher the difficulty. These content packed areas are also very well balanced in the sense that the enemies within are difficult enough to provide a challenge but can be overcome by players making use of the pre baked strategies built into your party. Healing points and loot are well positioned, enough to the point that they crop up just at the right time which can get pretty tense at times.

Dungeons are well balanced and provide an achievable challenge that does require some grinding beforehand. Loot is plentiful and boss fights are very rewarding and tense. Oh, and players can also go fishing in them too!

Item shops, blacksmiths and rarity / curiosity shops can be found in most towns and settlements along with some form of Inn to heal your party and to catch important plot points. You can even upgrade some establishments so they can provide better items for sale! Crafting options are also available to players wishing to make use of all the random crap picked up from all over the game world. Characters applicable crafting and Blacksmith skills can be upgraded by finding relevant books in dungeons and the wilderness which does have its benefits, especially when players have just bust all their gold on that cool new sword that caught their eye. 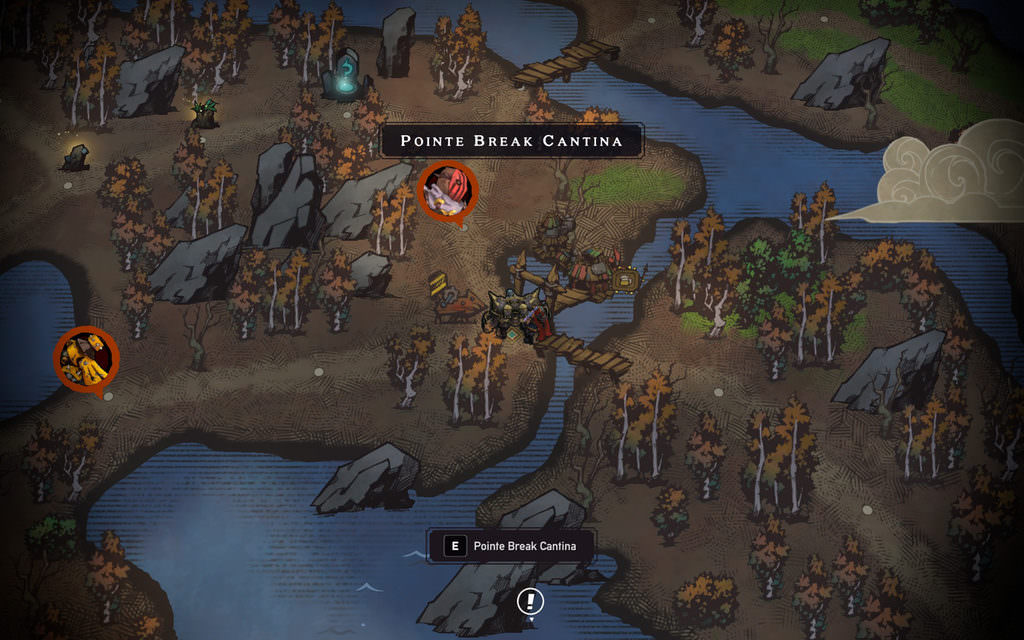 Battlechasers: Nightwar is a game that gives and gives with a high yield of longevity. Due to its unique character I wouldn’t know where to improve it or critique bar the occasional frame rate drop. A few points of the game are on the rails but In a world filled with open world title options, it’s a welcome break. Battlechasers is worth every penny and is a turn based RPG not to be missed.